Waterboy will get his chance to shine in the Egg Bowl 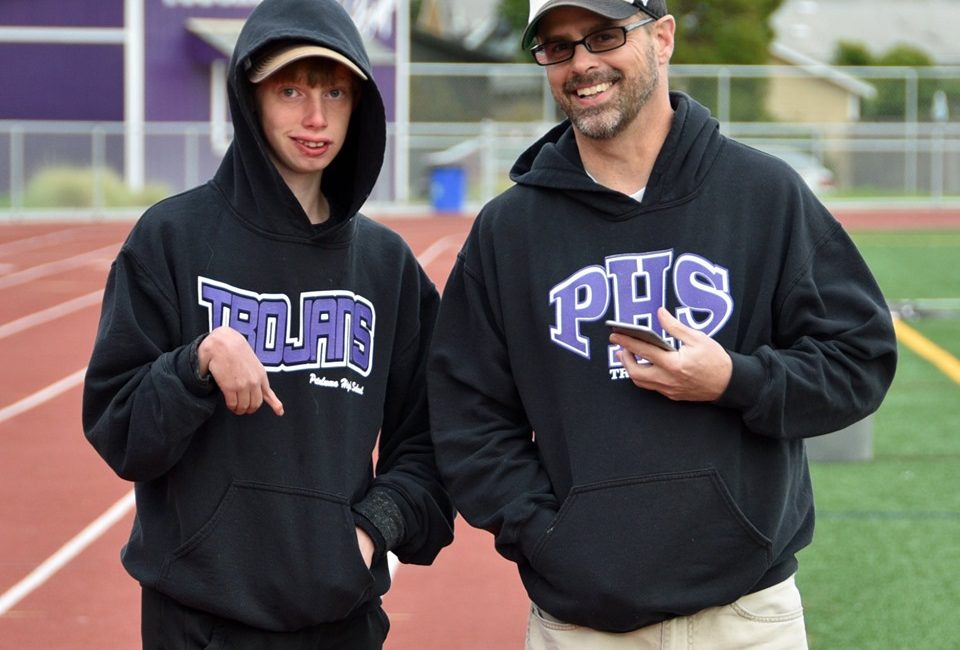 The last week has been a crazy one for everyone in Sonoma County. Fires, Power Outages, wind events, and freezing cold temperatures have been everything but normal. This weekend, we can hope for some normalcy as the Egg Bowl is back on as previously scheduled. It also one of the few games being played in Sonoma County this weekend.

The game was cancelled by the Petaluma City School District after they closed schools for the week. Before the section had announced to extend the season, there were people who were not pleased with the decision.

“I was disappointed. It didn’t sink in immediately, but it did later on.” Aidan said through interpretation with his father, Brett.

“He’s an optimist though, he always thought we were gonna play.” said Brett Spillane

It wasn’t just them. Parents and players from both teams met at the district office at 8am yesterday morning to ask for the district to reconsider their decision. Petaluma wants their Egg Bowl. It’s not just a rivalry, it’s a storied rivalry.

People love the Egg Bowl not because it’s a rivalry of Petaluma and Casa Grande, but because it’s a community event. The game was called off for good after the 2011 season, but was reinstated for the 2017 season. You’ve seen videos posted on our Facebook page of previous Egg bowl’s. Look for some more as the game gets closer.

After the past two years have produced great games and moments, this one will get to top it off.

After all of this that has gone on, Aidan Spillane, the water boy and super fan for the Petaluma High School Trojans will get his chance to play in the Egg Bowl. If you want to read more about Aidan and his story, click HERE.

When I asked both of them to describe their emotions after the announcement that the game was back on as scheduled, they were both jubilant.

“He was more excited than he’s been throughout this entire process.” Brett said. “I was more emotional when I heard this than I’ve been in a very long time.”

“It’s been a mentally draining few days for sure.” Brett commented further.

Aidan will have his grandmother, aunt, and cousin in town for the game.

The game should be a good one. Casa Grande is looking to become playoff eligible by winning, while Petaluma will not be NCS playoff bound, so they are looking to end their season on a high note.

This will be the first time Petaluma failed to make the NCS playoffs since 2012, a run of six straight playoff appearances. Casa Grande hasn’t missed the playoffs in over 15 years. (Post Max Preps Era)

Casa Grande will rely on QB Miguel Robertson and WR Dominic McHale to be on their game Saturday Afternoon. Julian Ganoa, Matthew Herrera, and Rashad Nixon are other Gauchos to watch out for.

For Petaluma, QB Jack Hartman will be key. He’s been nursing an injured knee for a little over a month, so they are hoping he can stay on the field all day and be a big part of the defense as well. Dante Ratto, Randall Braziel, Joey Alioto, and Logan Wagers will be the Trojans to watch out for.

The Egg Bowl trophy will be on display on the Casa Grande sideline Saturday afternoon at Casa Grande High School. Question is, will that trophy have to trade sidelines and the other side of town when it is all said and done? Come out to the Egg Bowl Saturday at 3pm to watch the two cross town rivals go at it, with super star Aidan Spillane right in the middle of it all.