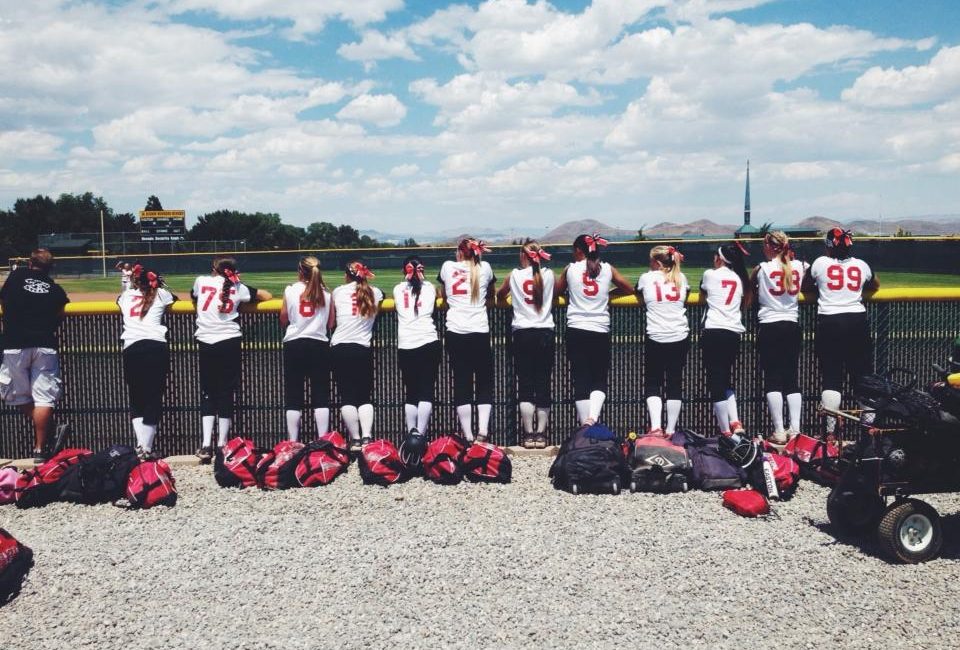 They were used to winning during the regular season and continued that pattern in Round One of the NCS Softball playoffs.

NBL Champion Maria Carrillo, NCL I Champion Cloverdale and SCL Champion Petaluma all won first round games.  NCL II champion St. Vincent had the easiest path.   The No. 3 seed and defending two time Division 5 champions had a first round bye.    They will host fellow NCL II member Calistoga on Saturday at 1 pm.

No. 6 Calistoga defeated No. 11 Livermore Prep 24-6 in the first round.  Danielle Martin had four hits including a triple and a homer.  She drove in a season high seven runs and raised her season average .521.   Calistoga went 0-2 against St. Vincent during league play and were outscored 20-3.   That’s the bad news.   The good news is those three runs were the only ones St. Vincent gave up during league play.

Of the three teams that played Cloverdale had the easiest win.  The Eagles scored at least a run in every inning including a five run fourth in a 10-1 win over McKinleyville.   Jordyn Turner drove in a season high four runs and Teanne Edens pitched a three hitter and added her fourth homer of the season.

Maria Carrillo and Petaluma fell behind early before rallying to the win.

Hannah Chew picked a good time to hit her first homer of the season.  She hit a two run shot in the third to give Maria Carrillo a 3-2 lead.   Chew, who is batting .436 on the season, also doubled in the sixth and scored on a single Malia Donovan.

That was enough for Robin Johnson who pitched another complete game, giving up four hits and striking out nine.  After giving up single runs in the second and third, one of them unearned, she didn’t face more than three batters in an inning the rest of the way.

Petaluma’s big inning was also the third as they scored twice to wipe out a 1-0 American lead.   A clutch two out single by Joelle Krist scored Kailee Silacci to tie the game.   Krist, who has a team high 48 RBI, ended up on third when the throw home to get Silacci got away.  She then scored what turned out to be the winning run on an American error.

Petaluma added an insurance run in the fifth when Brie Gerhardt doubled and scored after a stolen base and a passed ball.

That was enough for freshman Emily O’ Keefe who pitched a complete game five hitter and struck out six.   The only run she allowed was a second inning homer.

The Division 2 teams were seeded very high, so they will be on the road for round two.  No. 7 Marin Carrillo is at No. 2 Carondelet and No. 5 Petaluma is at No. 4 Livermore.   Both games are Friday at 4.

In Division 4, No. 4 Cloverdale gets another home game against No. 5 Moreau Catholic.  That game is Saturday at 4.   Moreau Catholic advanced with a 3-1 win over Middletown who ends at 12-9.

REST OF THE NOTES

Santa Rosa edged Liberty 3-2 to win its first game playoff game in the Max Preps era.   They avoided losing a first round NCS game for the fourth straight season.   They lost by a shutout the last two seasons.

It was a tough two days for Analy.   On Tuesday the No. 1 baseball team was defeated and the No. 3 Softball team lost on Wednesday.   Both runs were unearned in a 2-1 loss to San Rafael.   Analy ends the season 15-7.

It wasn’t any better for Sonoma Valley, who lost to Pinole Valley 11-1 and ends the season 13-11.

The teams were the only ones in the Division 6 bracket and they both finished under .500 for the season.