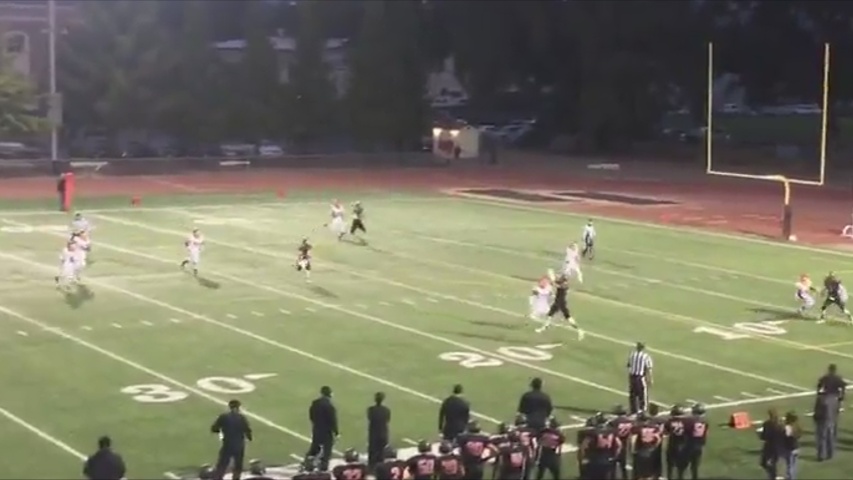 North Bay League
Rancho Cotate used their explosive offense to power past the Vikings Friday night. Jake
Simmons threw 4 touchdown passes, all to different receivers. Logan Reese, Jalen Ward, AJ
Gallegos, and AJ Whetstone all caught passes from the star QB.
At SRJC, Windsor dropped their first game of the season to Maria Carrillo. Windsor led 7-0
for most of the game before the Pumas got on the board early in the 4th quarter with a Jake
Wolski TD pass. He then hit Set Vernon for the eventual game winner. Wolski was 14 of 21 for
149 yards in the air.
In Petaluma, Cardinal Newman ran all over Casa Grande en route to a 42-7 win. Michael Daly
had 8 tackles and led the Newman defense. Newman is 3-1 now.
Carrillo 12 Windsor 7
Ukiah 45 Santa Rosa 22  Watch full Game Here
Rancho Cotate 63 Montgomery 21
Cardinal Newman 42 Casa Grande 7
Sonoma County League
In Petaluma, Analy continued their SCL dominance as Jack Newman threw for 5 TD passes in
the first half as Analy led 48-0 at halftime. He was 18 of 23 for 230 yards on the night. For
Petaluma, Dominic Christobal had a big game. He rushed for 124 yards on 17 carries. The
Trojans only score was a 1-yard run by Connor Richardson. Petaluma remains winless on the
year.
El Molino came back in dramatic fashion to beat Piner on Friday. They scored in the 4th quarter
and held Piner to nothing in the 4th quarter. El Molino is now 2-3.
Analy 55 Petaluma 7
Sonoma Valley 38 Allen 8
El Molino 21 Piner 17