Week 6 Recap: Petaluma gets two wins in one day 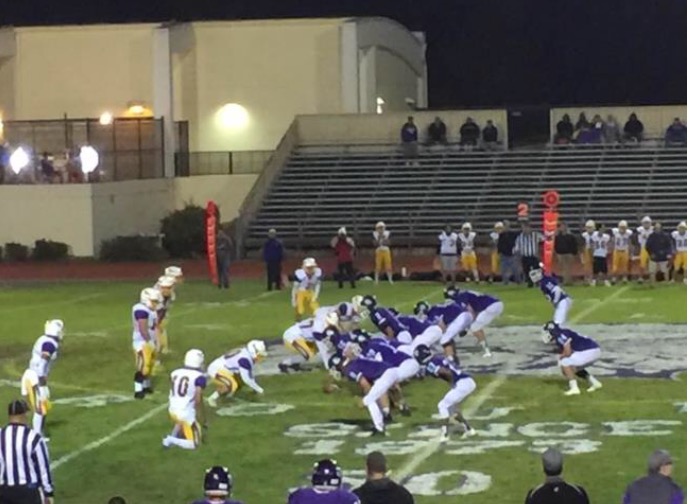 You read the headline and say “How does this happen?” Coach Rick Krist broke the news to his team at a meeting last week. Rodriguez High School running back Mustafah Muhammad ran all over the Trojans in a Sept 9 game and beat Petaluma 42-27. Last week he was declared as an ineligible player and therefore, Rodriguez had to forfeit their win against Petaluma. Now on to Friday’s game, Petaluma pitched their second straight shutout as they beat Piner 28-0. Jacob Rollstin had a 36 yard run to gain momentum and in the second half, a rare touchdown pass from Justin Wolbert to Dominic Christobal for 25 yards. On the defensive side, Justen Santa and Jacob Rollstin had big games. Santa had 3 tackles and 3 sacks. Rollstin had 5 tackles and an interception. Petaluma, with their two wins is now 3-3 overall, and 2-1 in SCL play.
Sonoma County League
Analy held Sonoma to 73 yards of total offense in a 55-0 win. Jack Newman for four more touchdowns. He has 26 touchdown passes
So far this year.
Healdsburg moves to 1-1 in league play as they beat Elsie Allen 42-29. They host Petaluma next week.

North Bay League
Cardinal Newman scored 42 points in the first half and won by that margin at Maria Carrillo. Damian Wallace set the tempo with a 74 yard kick return to begin the game. He then added 7 catches for 132 yards.
Casa Grande’s missed extra point in the second half cost them the game at Ukiah. It was low scoring all the way through with Ukiah ending up on top. Casa is now 1-5 and 0-3 in NBL play. Ukiah is 5-1 and 2-1 in NBL play.
You can see a Santa Rosa-Montgomery recap Here
Rancho Cotate’s offense continued to roll in a 51-23 in over Windsor.  Jake Simmons threw for 28-42 passes for 466 yards and five touchdown passes. AJ Vallejos had 3 catches, all for touchdowns for 113 yards. Logan Reese had 5 catches for 158 yards and a touchdown. He also had a 63 yard punt return for a touchdown.
Share
Copyright (c) 2016 Splash.
Theme by StylemixThemes.