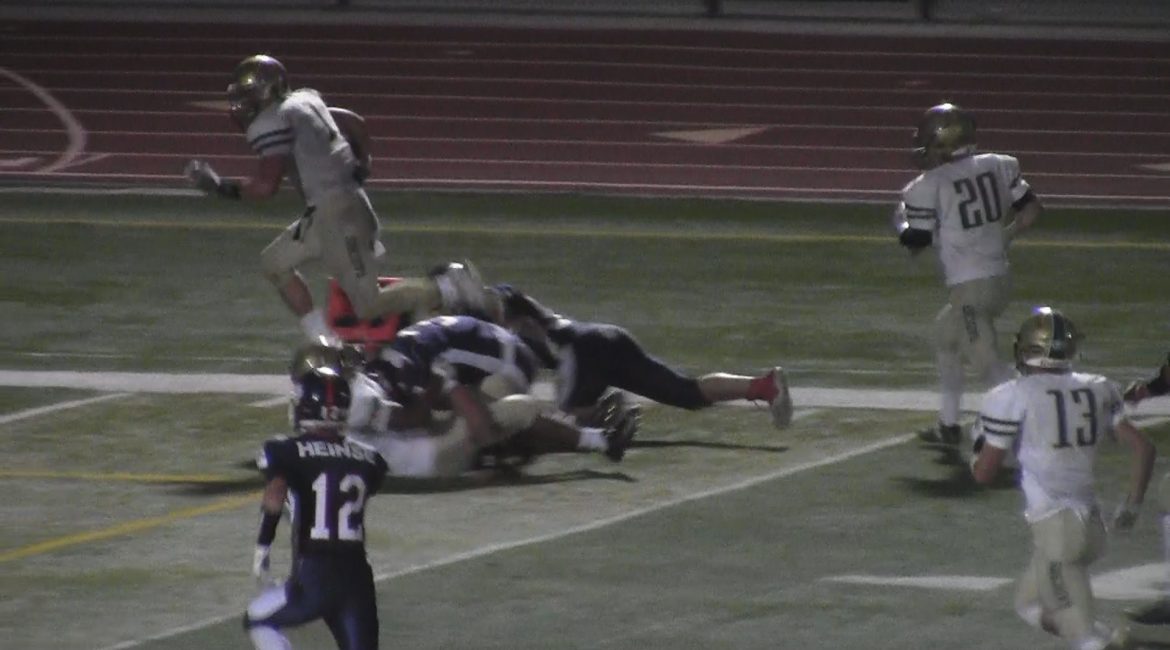 Santa Rosa was able to hold off Maria Carrillo in the 4th quarter Friday to preserve a win. Santa Rosa jumped out to an early 14-7 lead and led 27-21 at the half. In the second half both defenses stepped up and especially Santa Rosa’s. Trevon Manning led the defense with 8 tackles and led a Panther charge in the second half. Isiah Steele completed 13-33 passes for 259 yards and 3 touchdowns. Carlos Lemus also ran for 176 yards on the ground as he led the Panthers in rushing. Kalei Aukai had 107 yards receiving for Santa Rosa.
North Bay League


Rancho’s air raid offense continued as they put up 41 points on Casa Grande.The Cougar’s are now 2-0 in league play.
Ukiah scored and early TD to take a 7-0 lead, but after that, Cardinal Newman dominated. With some chippiness, Newman scored 50 unanswered points to win big. Ukiah quarterback Morgan Edwards was ejected from the game due to an unsportsmanlike conduct penalty.
Windsor’s defense kept dominating as they beat Montgomery 28-8 Friday. Their point differential is +95.

Sonoma County League
Petaluma picked up their first win in dominating fashion, 21-0 over Sonoma Valley. They used big plays from Isaiah Blomgren and Riley Whisman to propel them to victory. They’re now 1-1 in league play.
Piner scored 18 quick points in the first quarter and never looked back as they beat Elsie Allen 39-7. Piner has their second win on the year.
El Molino had a big game offensively as they put up 47 points en route to a 47-20 win in Healdsburg. The Lions are 2-0 in SCL play.
North Central League I
Fort Bragg, Middletown, St Helena, and Berean Christian all had blowout wins on Friday. It looks like Fort Bragg and St Helena will be going for the title again this year.
Share
Copyright (c) 2016 Splash.
Theme by StylemixThemes.