WEEKEND RECAP: A GOOD ONE FOR THE NBL 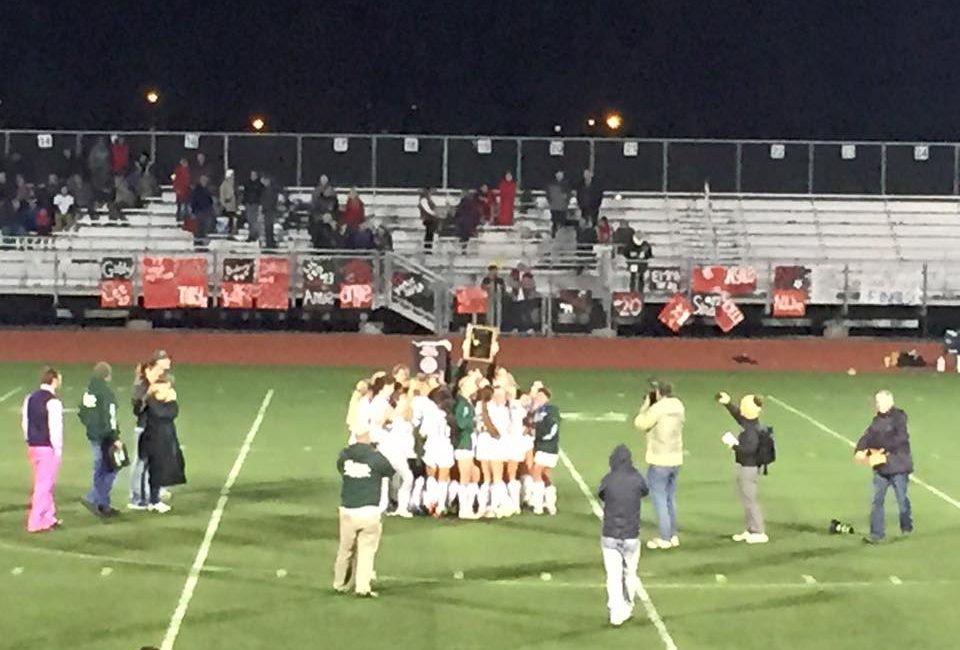 In my Round One preview I commented that since the East Bay/North Bay merged to the same playoff bracket, the local teams don’t win many North Coast Section championships. The point should be made that there is nothing wrong with that, it is just the way it has been.


What one of the local leagues can claim in these playoffs is that it is the best Round One league in the section. That would be the North Bay League.
I didn’t go through all the first round records, but the NBL’s first round record is hard to beat.
For the second straight season the NBL won all five of its first round games. That isn’t an easy thing to do. First of all the bracket has to come out right. For example, the NCL I never had a chance to win all its first round games because they had two games scheduled against each other.
Actually the last NBL team to lose an opening round game was 2013 and the schedule was set up that they had to lose one. That was a Division 2 game in which Windsor defeated Rancho Cotate.
The league started slow when the merged playoffs began. In 2008 they lost two of three and in 2009 they split four games. Since then they have been pretty golden. Since 2010 the league is 22-4 in first round games, with the one loss that head to head game in 2013. Two other were to Casa Grande before they transferred from the NBL. So the Gauchos hurt the first round numbers, now they are helping them.
Also in the preview, I talked about one sided games. The NBL helps those numbers. The closest final for the league was 41-21 Maria Carrillo win over Northgate. Northgate scored the last two touchdowns of the game to make it closer than the final score shows.
ROUND ONE RESULTS
DIVISION 2
No. 6 Maria Carrillo 41 No. 11 Northgate 21
No. 7 Casa Grande 49 vs. No. 10 American 14
No. 9 Windsor 44 No. 8 Pinole Valley 9
ROUND TWO
FRIDAY 7 PM
No. 9 Windsor at No. 1 Clayton Valley Charter
No. 7 Casa Grande at No. 2 Miramonte
SATURDAY 7 PM
No. 6 Maria Carrillo at No. 3 Concord
DIVISION 3
No. 2 Analy 70 No. 15 Albany 27
No. 3 Rancho Cotate 63 No. 14 Terra Linda 14
No. 4 Bishop O’ Dowd (5-5) 41 No. 13 Piner 0
No. 6 Petaluma 38 No. 11 Novato 20
ROUND TWO
FRIDAY—7 PM
No. 7 El Cerrito vs. No. 2 Analy at Santa Rosa High School
SATURDAY—7 PM
No. 6 Petaluma at No. 3 Rancho Cotate
DIVISION 4
No. 2 Cardinal Newman 56 No. 15 Healdsburg 7
No. 8 Fort Bragg 28 No. 9 St. Helena 21
ROUND TWO
FRIDAY —7 PM
No. 7 Justin Siena at No. 2 Cardinal Newman
SATURDAY—1 PM
No. 8 Fort Bragg at No. 1 Marin Catholic
DIVISION 5
FRIDAY
No. 7 Middletown 47 No. 10 Willits 0
No. 9 Stellar Prep 35 No. 8 Cloverdale 0
ROUND TWO
SATURDAY 1 PM
No. 7 Middletown at No. 2 St. Bernard Academy
JC FOOTBALL
No. 25 Diablo Valley 35 No. 13 SRJC 32 (OT) Watch Video Here
The day started off with the hope of getting a share of the league championship. That ended when San Francisco defeated San Mateo.
In the end that may have been a good thing. It would have been really hard to except this loss with a league championship dangling in front of the Bear Cubs.
The game had six league changes in the second half.
SRJC ends the regular season 6-4 and in a three way tie for second in the Bay 6 race.
The Bear Cubs will probably be invited to a road bowl game.

SOCCER
CHAMPIONSHIP SATURDAY
BOYS DIVISION 1
No. 1 Petaluma 3 No. 10 Fortuna 2
Petaluma wins its first ever NCS Championship in a game they never trailed. Kevin Rojas scored the golden goal late in the second overtime.
Besides the win by Petaluma, the rest of Championship Saturday extended dynasties.
GIRLS DIVISION 1
No. 1 Maria Carrillo 2 No. 2 Montgomery 0
Maria Carrillo wins it fifth straight NCS championship, all five wins have been over Montgomery in the championshipgame.

GIRLS DIVISION 3
No. 1 Sonoma Academy 2 No. 2 St. Vincent 1
Sonoma Academy makes it three straight NCS titles and six of eight. third straight crown and sixth of eight.
BOYS DIVISION 3
No. 1 Anderson Valley 5 No. 2 Geyserville 1
Anderson Valley win its fourth straight section championship.
NCS VOLLEYBALL (SECOND ROUND)
DIVISION 2
No. 5 Montgomery 3 No. 4 Windsor 0
No. 2 Maria Carrillo 3 No. 7 Carondelet 1
SEMI-FINAL
No. 5 Montgomery at No. 1 Redwood
No. 3 Granada at No. 2 Maria Carrillo
DIVISION 3
at No. 4 Acalanes 3 No. 5 Sonoma Valley 0
Sonoma Valley season ends 22-6
DIVISION 4
No. 2 Cardinal Newman 3 No. 7 Justin Siena 0
No. 12 Lick Wilmerding 3 No. 4 Kelseyville 1
SEMI-FINAL
No. 3 St. Patrick/St. Vincent at No. 2 Cardinal Newman
Kelseyville ends 23-8
DIVISION 5
No. 1 Head Royce 3 No. 8 St. Vincent 0
St. Vincent ends the season 26-2
DIVISION 6
No. 2 Anderson Valley 3 No. 10 North Hills Christian 0
No.4 CSD-Fremont 3 No.5 Rincon Valley Christian 0
SEMI-FINAL
No. 3 St. Bernard Academy at No.2 Anderson Valley
Rincon Valley Christian ends 11-14
All the Semi-Final Matches are Wednesday at 7 pm