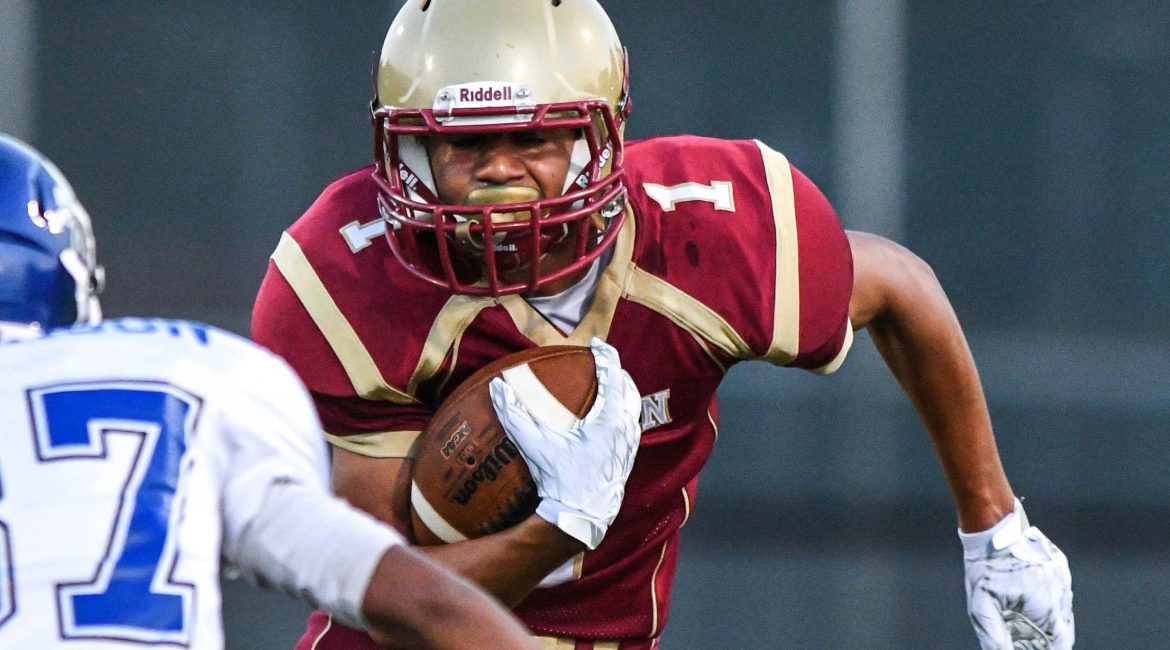 LEAGUE PLAY BEGINS
An exciting time in the high school football season as league play begins this week. Now that
we have a glimpse of what some of our local teams can do. The NBL race should be fun all the
way through. Cardinal Newman is clearly the favorite but all shown that they can win in the NBL. Rancho and Newman meet on the final night of the
season which could have high meaning. In the SCL, one team stands out: Analy. But perhaps
their biggest test in league will be this Friday at Petaluma. If they can win this game, it
looks promising once again that the Tigers can win the SCL Championship.


Cardinal Newman  @ Casa Grande
Travis Voight will lead a Casa defensive attack to try and stop Newman’s potent offense. The
Gauchos got their first win of the season September 10 vs San Marin. In recent years, Casa
Grande has really picked up play in league, and it should not be much different this year.
As for Cardinal Newman, they’ve played 3 very good teams and have had strong games against
them. Although they lost to St. Mary’s of Stockton, they put up a good fight. Jordan Brookshire
and Damian Wallace have been playing very well as Newman looks to win the NBL again this
year.
Analy @ Petaluma
Analy and Petaluma. 2 teams who over the years have given us great battles. Starting in 2011,
Petaluma led 37­-34 with little time left in the game and Analy returned the kickoff back for a
touchdown to win the game. Petaluma finished the season 1-­9. Fast forward to last year. Both
top dogs were 5-­0 in league and met on the final day of the season. Petaluma and Analy were
tied at 36 when Jack Newman connected with Ross Simmons with no time left to shock
Petaluma. Analy has won 26 straight league games en route to 4 straight league titles. They try
to continue that this week as they begin with a renewal of the top rivalry in the SCL. Analy is 3­-1
after beating Acalanes 49-­30. Jack Newman threw for over 500 yards. For Petaluma, they’re
0-­3. They’ve taken beatings against Windsor and Kennedy (Fremont). They’re a young team
with talent, they’ve had troubles executing for an entire game. They’ll have to keep up
offensively with Analy who has scored 194 points compared to Petaluma’s 31. The Trojans best
defense will be their offense, if they’re able to keep up.
Montgomery @ Rancho Cotate
There are many similarities between these two teams. Both teams have a pass heavy offense.
They both average about 42 points a game. They’re ranked just 3 slots apart in the entire NCS
ranking. They’re both ranked number 6 for their respective Sectional Divisions. For the Vikings,
QB Bryce Burroughs has been averaging about 144 yards per game throwing the ball this season. For
Rancho, Jake Simmons has had tremendous success. He’s averaging 453 yards per game in
the air, and 503 total all purpose yards. He could be on pace for a record setting season as a
junior. Jalen Ward, Logan Reese, and Anthony Vallejos have been his most consistent targets.
Rancho will look to them for their offense in a game which looks to be heading toward a shootout.