Weekly Rankings: Not Much Of A Change 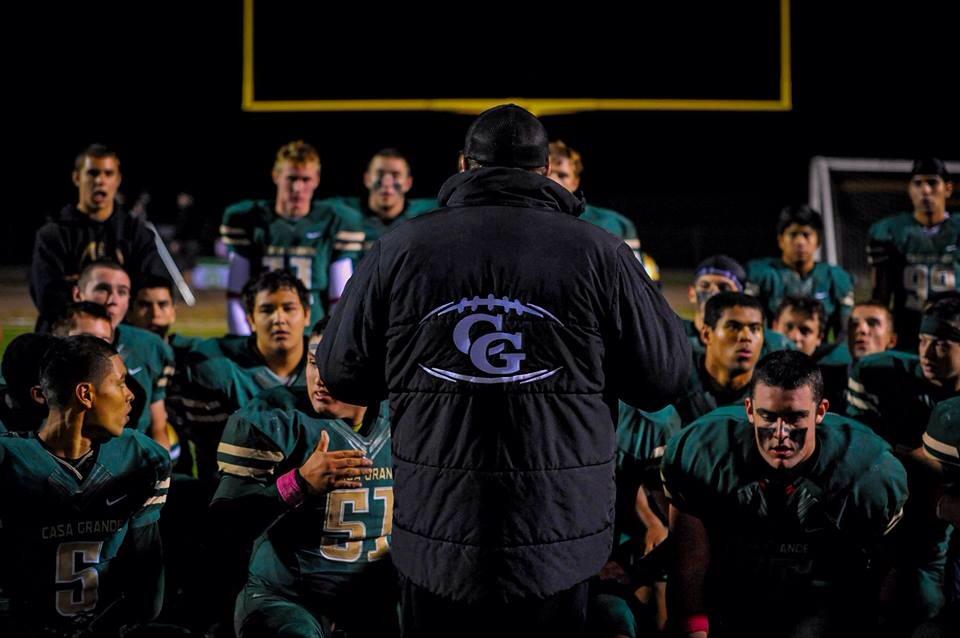 On the road to winning its second straight Sonoma County League championship The Analy Tigers have been dominating.

A team they might have to go through in the North Coast Section playoffs is doing the same thing in its league.

Defending NCS Division 3 champion Marin Catholic is 9-0 overall, 6-0 in Marin County League play and has outscored league opponents by an average score of 51-3.

Unlike Analy, Marin Catholic still has some work to do to win its league title.   Marin Catholic and San Marin are both undefeated in league play and will meet on November 9th, which looks like the Marin County League championship game. Marin Catholic has a bye this week and the San Marin game is their last regular season game.

San Marin isn’t so lucky.  They are hosting a very good Justin Siena this weekend.

It is between Marin Catholic and Campolindo for the No. 1 seed in Division 3.

San Marin is the clear cut choice for the No. 1 seed in Division 4.   Justin Siena can shake that up with a win.  They are No. 3 in the power rankings in Division 4.

Analy and Cardinal Newman are in Division 3.

Healdsburg, Piner, St. Helena and other NCL I teams are in Division 4.

Calistoga is 7-0 after beating Upper Lake 63-6, scoring all its points in the first half.  Dylan Alvardo rushed for 223 yards and four touchdowns.  It is his fourth straight game that he has rushed for at least 200 yards and put him over the 1,500 yard mark on the season.   He now had 21 touchdowns on the season.

Calistoga has a one game lead over St. Vincent in the NCL II/Bay Football League race with two games to go.   Calistoga finishes the season with Tomales and St. Vincent.

David Sowards was back at quarterback for SRJC and he led a fourth quarter rally to defeat Foothill 27-17 to even its Nor Cal League record at 1-1 and move to 5-2 overall.

Sowards, who missed three games after separating a shoulder in the second game of the season, was 20 of 36 for 226 yards and two touchdowns.

SRJC trailed 17-14 going into the fourth quarter when Windsor Grad Darrian Roman scored from one yard out to give SRJC the lead for good.

SRJC will be at De Anza next week.

The Nor Cal race had a little shift.  San Francisco, who was the state’s No. 1 team three weeks ago, lost its second in three games to San Mateo 30-25.

Butte and San Mateo are 7-0 overall and the only two teams 2-0 in league play meet this week for sole possession of first place.

The top nine won, so not much of a change.

No. 1 Casa Grande (8-0)…(Last Week No. 1)…Dominating win over Ukiah.  Casa Grande can clinch at least a share of its first NBL championship flag with a win over Windsor this week.  Quarterback JuJuan Lawson should go over the 2,000 yard mark for combined offense of passing and rushing.

No. 2 Analy (8-1)…(2)…The last six games you could write the same thing here, dominating win.  Junior quarterback Will Smith is starting quarterback for Analy and hit all eleven of his passes on Friday Night.   He should go over the 1,000 yard mark in the finale against Petaluma this week.

No. 3 Montgomery (7-1)…(3)…Last two weeks hasn’t been the prettiest wins, but they count as wins so they stay here.   Logan Francavilla went over the 1,000 yard mark for the season in the win over Santa Rosa.   He has scored at least one touchdown in each game.

No. 4 Cardinal Newman (6-2)…(4)…Has hit the 40 point mark in five of its six wins including the last three.  They are the only team besides Casa Grande who can say win out and they will win an NBL football pennant.

No. 5 Middletown (7-1)…(5)…They are in a slump.  After four straight shutouts, they have given up a touchdown in three straight weeks.  Can wrap up NCL I title with win at Clear Lake.

No. 6 Calistoga (7-0)…(6)…After an easy last three weeks, the toughest part of the schedule is yet to come with games against Tomales and St. Vincent.  Dylan Alvardo has rushed for over 1,500 yards and scored 21 touchdowns.

No. 7 Sonoma Valley (6-2)….(7)…Easy to forget any other teams in the SCL is having a good year.  Four straight wins for Dragons.  The two losses are to teams that have a combined record of 15-2.  Quarterback Dan Deely went over 1,000 yards passing for the season.  He also rushed for 138 yards and two touchdowns in last week’s win over El Molino part of a season high 515 yards of total offense.

No. 8 St. Helena (6-2)…(8)…Easy to forget that another other team in the NCL I is having a good year.  The Saints have scored at least 40 in four of the last five games.  Running back Sebastian Segura is 53 yards short of 1,000 yards for the season.

No. 9 Rancho Cotate (5-3)…(9)…At times the Cougars have been very very good.   Now has a chance to play big time spoiler at Cardinal Newman this week.  It was a good weekend for Sophomore Chris Taylor-Yamanoha.  He caught three touchdown passes in the win over Maria Carrillo, then went on a recruiting trip to Washington.

No. 10 Healdsburg (5-4)…(NR)…Win over Piner should get them home field in first round of NCS playoffs.  Has week off before ending regular season at El Molino.