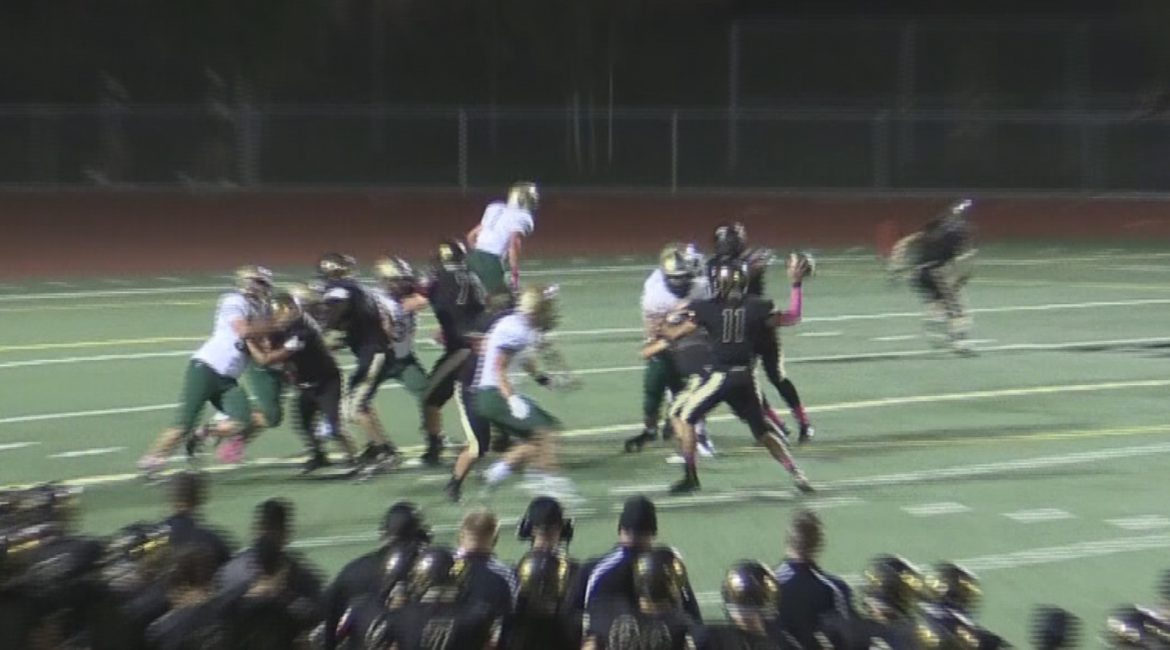 It is the halfway point of the high school football regular season.
In this week’s part of the rankings, instead of the number by the team’s name saying where they were last week, it says where they were in the pre-season rankings.
Not too bad overall, but there were a couple of swings and misses.
No. 1 Analy (1) (4-1)…This was a shaky pick two weeks ago.  Not so shaky now.   That was an impressive response to the not so good of trip to Oakland.  Division 3 can be unforgiving for any type of loss.   They are now No. 5 in the Division 3 power rankings.  The Analy offense is averaging over 400 yards a game.   They average 41 points a game, which is tied for the best in the area with Rancho Cotate.
No. 2 Windsor (NR) (5-0)…Do we get a mulligan for this?   In the pre-season ranking they were mentioned as an honorable mention.  At the end of week 1, they were up to No. 4 and they have slowly moved up since.  They are one of the two local teams that are 5-0.   Jalen Roman has over 1,300 yards of total offense and is averaging over two touchdowns a game.   Windsor’s defense has given up 11.6 a game.  That is the best in the area.   Windsor is No. 3 in the Division 2 power rankings behind Clayton Valley and Concord.
No. 3 Rancho Cotate (2) (3-2)…The Cougars have moved from No. 3 and No. 4, trading spots as they went with Cardinal Newman, who they meet this week.  After the 0-2 start they have had three dominating wins.  The offense hasn’t been the issue.  The lowest they scored is 28 points.  The defense is catching up with its offense the last few weeks.    The Cougars haven’t made up for the 0-2 start in the Division 3 power rankings.   They can take a big step in that direction this week when they host Cardinal Newman.
No. 4 Cardinal Newman (3) (3-2)…They did sneak up to No. 2 after the opening week win.  The two one sided losses didn’t hurt that much in the power rankings.   One reason is they lost to two very good teams.  Another is they have played the toughest schedule in Division 3.  Also the power rankings don’t base anything on how one sided the losses are.  If the power rankings were the seedings in the NCS Division 3 playoffs we would be looking at a potential Analy-Cardinal Newman game in the second round.   As expected Cardinal Newman passed Analy and is the No. 1 local team in the power rankings.
No. 5 St. Helena (9) (5-0)…This is a team to keep an eye on.  This is also big game week for them as they have the major showdown of the NCL I world when they host Middletown.   They are No. 2 in the NCS Division 4 power rankings behind Salesian, who handled Middletown fairly easily to start the season.   Junior running back Jahaiver Otero is slightly under a pace to rush for 1,000 yards and has scored seven touchdowns.
No. 6 Montgomery (5) (2-3)…Four of the five teams that Montgomery has played is over .500.   The only one who isn’t is Maria Carrillo, who is 2-3. All three of the losses have been by at least three touchdowns.   Based on power rankings, of all the Division 2 teams, only Casa Grande has had a tougher schedule than Montgomery.    If doesn’t get any easier this week when they host Windsor.
No. 7 Middletown (6) (4-1)…Since the opening week loss to Salesian, they have four straight wins.   They did have to rally from a 13-0 deficit to defeat Fort Bragg last week.   The other three wins have been pretty one sided.  The defense has given up an average of eight points in the four wins.  Most weeks the Middletown-St. Helena game would be the YSN365.com game of the week.
No. 8 Maria Carrillo (NR) (2-3)…The Pumas continue to be the team that will give you a tussle, but just can’t get over the top.   That has been the case in an 0-2 league start, the losses to Montgomery and Cardinal Newman.  In the Division 2 power rankings, Maria Carrillo is at No. 6.  If that is where they were seeded they would get a first round home game.  They still have some work to do to qualify for the playoffs.
No.   9 Fort Bragg (NR) (3-2)…This team will give you an entertaining game.   The 19 points against Middletown is the lowest output of the season.    They are averaging nearly 35 points a game.  Junior quarterback Kaylor Sullivan has thrown for over 300 yards in every game.  The rest of the schedule is against teams over .500 in the tough NCL I.
No. 10 Petaluma (10) (4-2)…They would like that game against Sonoma Valley back.   They have three winnable games before ending the regular season against Analy.  The Trojans are averaging nearly 250 yards rushing a game, led by Yusef Kawasami, who had a season high 181 yards in the 23-12 win over Piner.
Honorable Mention…El Molino, Tomales, Sonoma Valley
PLAYER OF THE WEEK
George Sammon, St. Vincent…Rushed for a career high 185 yards in the win over Calistoga.  He scored four rushing touchdowns and also caught a touchdown pass.   The five touchdowns are the most by a St. Vincent player since 1997.  He has scored nine touchdowns on the season.  That was coming off a 125 yard rushing game against St. Helena.
My email address is jacpasquini@comcast.net