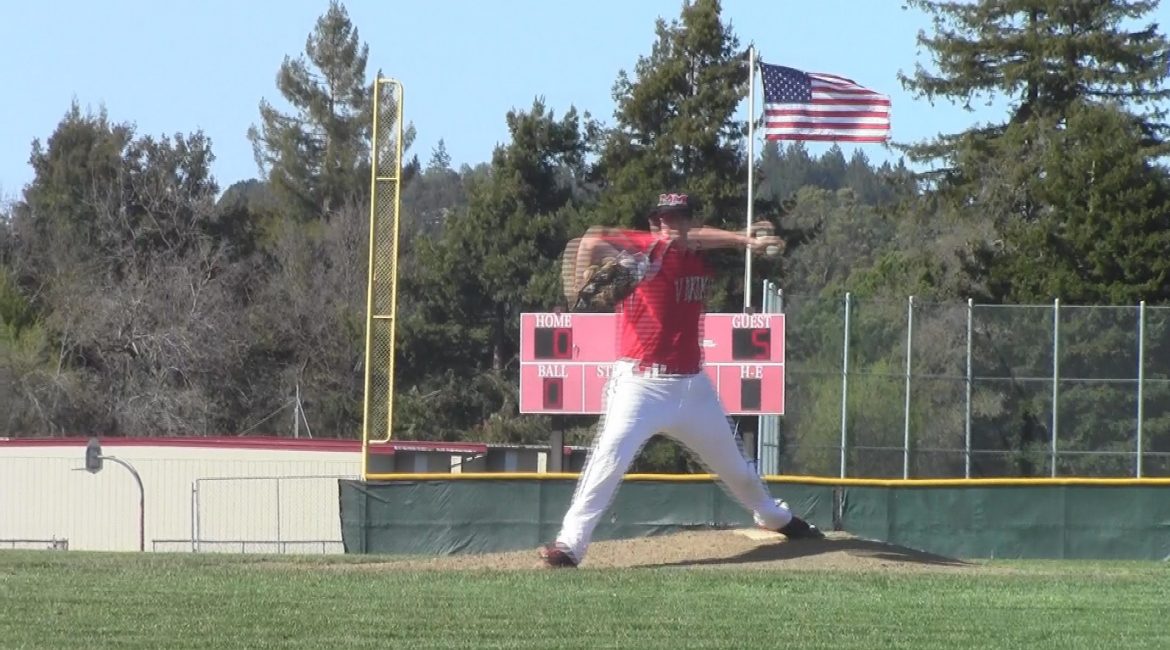 Before we get onto the week notes a result from Monday.
In an NBL baseball game postponed from Friday, Montgomery did it again.  They rallied with a four run seventh to edge Windsor 7-6 to move to 3-1 in the NBL race.
In all four of the league games Montgomery has been in, the winning run has scored in the sixth inning or later.  They are the mini-version of Casa Grande (see below about that).   The reason a mini-version is not all the games were one run decisions and they haven’t won all four.
Windsor took a 5-1 lead into the bottom of the fifth and 6-2 to the bottom of the sixth.  Montgomery scored a run in the sixth and then Windsor walked the first three batters of the seventh.  Kiel Long followed with a single, which was followed by a double by Max Meridith which tied the game.   A groundball to first scored the winning run.
Montgomery is now in a second place tie with Cardinal Newman and Rancho Cotate one game behind Casa Grande.
Three of four Windsor league losses have been by one run with two of them going extra innings.
SPEAKING OF CASA GRANDE
Sports have been called many times a game of inches.
The Casa Grande baseball team has taken that phrase to a whole new level.