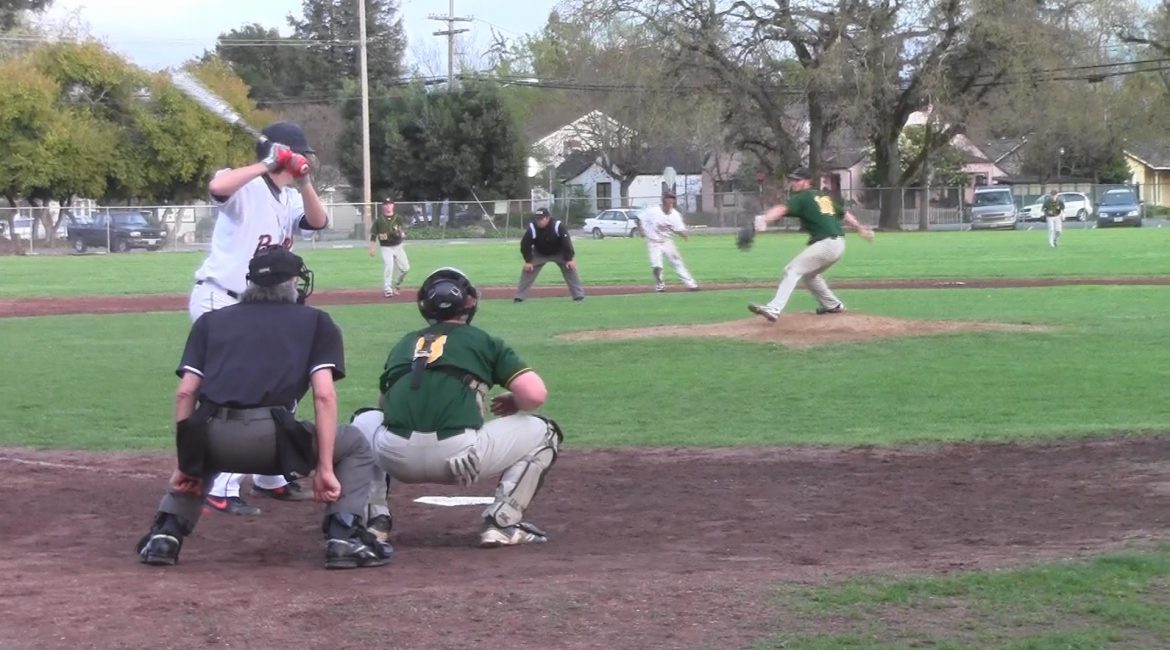 Wednesday is when Montgomery travels to Casa Grande in a big NBL baseball game to end the first half of league play.  The track record of both teams suggests a close game.

Montgomery is 5-1 in NBL play with four of the six games decided by one run, including the league loss.

In fact, Montgomery was known as the one run team coming into league play.  Six of the eleven wins on the year are by one run.

Casa Grande has taken the one run team title and ran with it.  You know by now that all six of its league wins are by one run.  Overall they have won fifteen straight and ten have been by one run.

That is part of a tight NBL race in which 24 games have been played and thirteen have been decided by one run.  Just a comparison— the SCL Baseball race has had eighteen games and one of them is a one run game.   In the NBL softball race, there has been 17 games, three have been one run games (all involving Cardinal Newman).

The Montgomery-Casa Grande game has a lot of juice to it.  Casa Grande has a one game lead over Montgomery going in and a win will give them a two game bulge in the league race.

A Montgomery win and we could wake up Thursday Morning with four teams one game apart.

By the way, Casa Grande has scored 18 runs in league play, which is an average of three a game.  Only Santa Rosa has scored less.   There highest scoring league game is 4-3.  That score happened twice with each game going extra innings.

During the basketball season I commented on how strange the NCL I does it schedule with the Boys and Girls playing on the same day against the same team in different towns.    The SCL does the same thing for its baseball and softball schedule.

That kind of schedule really isn’t fair to the players or the fans.  They always have to choose who to watch.

On Tuesday it is especially painful for the fans of Analy and Petaluma.    They meet each other in both sports on Tuesday and both games are big ones.   The baseball game is in Petaluma and the Softball at Analy starting at the same time.  The softball teams go into the game tied for first and the two teams in baseball are one game apart at the top of the standings.

They could at least play the games at the same school so parents and fans could maybe keep an eye on both.

As how it happens sometimes, there was a late reporting score from Friday in the SCL baseball race.  Analy defeated Healdsburg 10-1 to stay undefeated in the league race and move into sole possession of first place.

On the same day Piner defeated Petaluma 9-4.  It was Petaluma’s first league loss so that Tuesday game is a big one for Petaluma.

Analy, who on Wednesday had a ten game winning streak snapped with a 3-0 non-league loss to Drake, has a one game lead over Petaluma.

The SRJC Baseball team has a two game lead with six games to go which means that the Magic Number for winning the league championship is five.  That means a combination of five SRJC wins and Sierra losses gives the Bear Cubs the championship.

SRJC has a three game series with San Joaquin Delta this week.   After losing two of three to Sierra last week, Delta is hanging in the race by a thread.    If they don’t sweep SRJC this week they will be eliminated.

The Tuesday and Saturday games are on the road, Thursday’s game is at SRJC.

No. 2 Analy…Up and down week.  Winning streak snapped then they take over sole possession of first place in SCL race.  They have given up more than three runs in just three games.

No. 3 Montgomery…Has some close game magic going themselves.  They defeated Maria Carrillo 6-5 in eight innings which gives them a 3-1 record in one run games in league play.  Big week: after the trip to Casa Grande on Wednesday, they go to Cardinal Newman on Friday.

No. 4 Rancho Cotate…Two run seventh cost them game vs. Casa Grande.  Three of its last four games have been one run games which they won two of.

No. 5 Piner…Just in case you were forgetting about them, they make impact in league race with win over Petaluma.  They are now 13-4 which is the most wins they have had since 2007.

No. 1 Petaluma…Twelve game winning streak and has given up 18 run in thirteen games.   They also have seven player of its roster with at least thirty at bats with an average of over .350.  The team batting average is .386, the team ERA is 0.83.

No. 3 Rancho Cotate…Sitting in first place in the North Bay League.  They have outscored NBL opponents 36-14 in four games.    Has four games in the next five days, three of them league games on Tuesday, Wednesday and Thursday.  Tuesday they are at Santa Rosa, Wednesday at Montgomery and Thursday hosting Windsor.

No. 4 Windsor…Won seven of eight.    Hasn’t given up more than four runs since a 0-2 start.  Angelica Terrel has a slugging percentage of 1.217.   After a home game against winless Ukiah, they travel to Rancho Cotate.

No. 5 Maria Carrillo…Has recovered from a bad loss to Rancho Cotate.  They have lost two games since to teams with a combined record of 21-4, by a combined score of 5-2.

TUESDAY…SCL BASEBALL…No. 2 Analy at Petaluma…Analy has a one game lead over Petaluma as the race reaches the halfway point.

THURSDAY…NBL SOFTBALL…No. 4 Windsor at No. 3 Rancho Cotate…depending on what happens before, this could be a game for the top of the NBL race.

THURSDAY…SCL SOFTBALL…No. 2 Analy at Sonoma Valley…Analy’s frame of mind will depend on what happens on Tuesday.  Sonoma Valley can’t be taken for granted.  Its only league loss was to Petaluma 3-1.

FRIDAY…NBL BASEBALL…No. 3 Montgomery at Cardinal Newman…Could be a game to stay in the league race.