What Happened to Doyle Park? 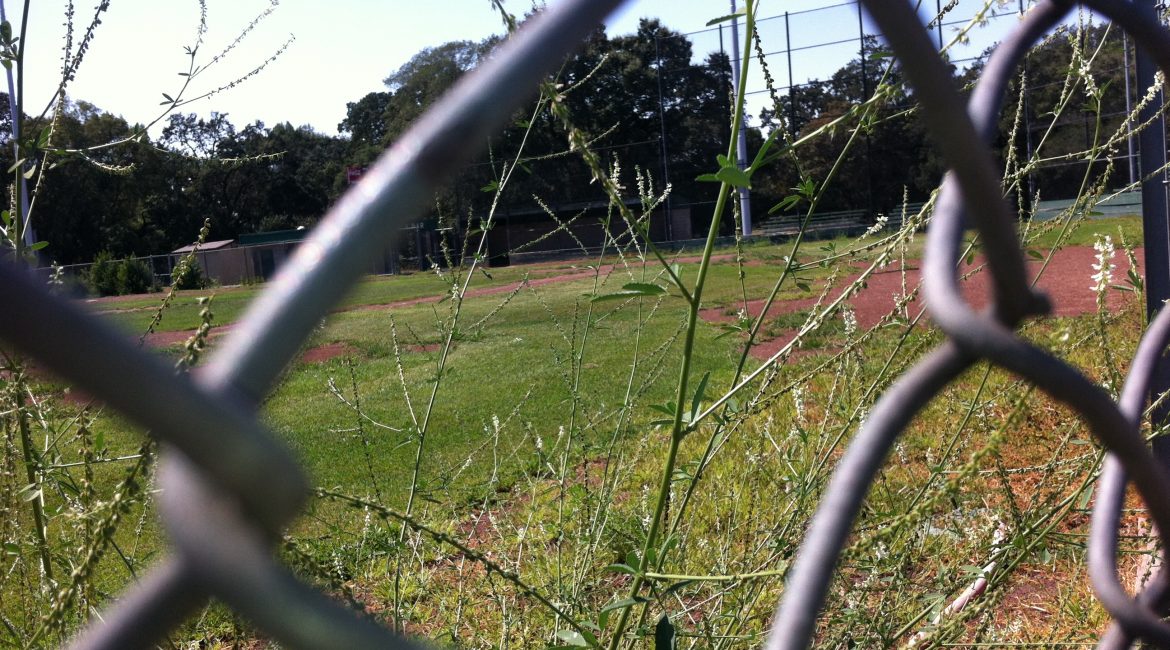 Doyle Park was once the crown jewel for local baseball but now it sits mostly empty full of weeds and in a state of dis-repair and neglect.  Babe Ruth baseball at Doyle Park for youths ages 13-18 years-old is currently not using the field because of the dangerous conditions and costs for renting the facilitity imposed by the City of Santa Rosa Parks and Rec Department.


“The Doyle Park baseball field is the only 90 foot diamond with lights in Santa Rosa,” Parks and Recreation Supervisor Rick McLaughin, said.
Many local teams have to scramble to find practice and game facilities.  Some teams and players travel out of town to Rohnert Park, Windsor and Petaluma just to practice.
There is a solution…
The Babe Ruth Baseball League is currently using seven baseball fields in Rohnert Park and maintaining all the fields themselves.  The fields are used an average of 10 months a year 6-7 days a week, costing the league $14 a day as opposed to a $118 per day to use at Doyle Park, vice president of the North bay Babe Ruth Baseball League Mike Harris, said. “We’re willing (Babe Ruth Baseball League)  to do the upkeep at the Doyle Park baseball field like we do in Rohnert Park with no cost to the city of Santa Rosa,” Harris said.
Even if the Babe Ruth League does the general upkeep of the field at Doyle Park, Santa Rosa officials would still charge the league a $118 for daily use of the field Harris said.

A large part of the problem that Doyle Park is not being used by the Babe Ruth League is the lack of man power by Santa Rosa. “There used to be more then 50 maintenance people to do the up keep of all the parks in Santa Rosa, now there is only about 12-15 people doing the maintenance of the Santa Rosa parks,” McLaughin said.
Santa Rosa officials claim the fees for using the Doyle Park baseball field are needed to cover the cost of  maintenenc and the lighting, president of the North Bay Babe Ruth League, Keith Warner said.
Warner, Keith and Harris are tying to come to an agreement with Santa Rosa officials to get the same deal the Babe Ruth league has in Rohnert Park. “It’s a work in progress,” Harris said.
The Babe Ruth league has been doing the basic maintenance of the parks they play in at Rohnert Park for five years now and hope for the same deal at Doyle Park Harris said.
The burning question; why can’t the city of Santa Rosa only charge the Babe Ruth league $14 for each use of the Doyle Park field when the league is willing to do 100 percent of the general maintenance at no cost for Santa Rosa?   Harris, Warner and Mclaughin don’t know the answer to this question either.   Rohnert Park, as well as Santa Rosa shares the same expenses for baseball games, paying umpires, insurance, lighting and the equipment costs.

“If the city of Santa Rosa would let us (Babe Ruth League) take over like we did in Rohnert Park, it would be a win win for everyone. Santa Rosa would also be able to allow other leagues to use the field and charge them the full amount to use of the field,” Harris said.
But for now the field remains empty and unplayable.  A sad thing for young players in Santa Rosa and especially sad for the adults/parents that grew up playing and watching games at Doyle.
Share