What in the world is going on in the Vine Valley Athletic League?

YSN 365 > News > Basketball > What in the world is going on in the Vine Valley Athletic League? 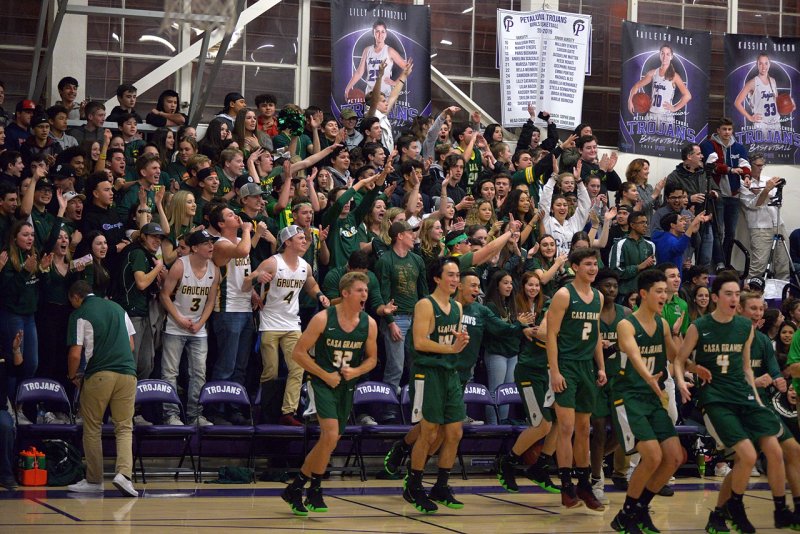 Every year, the average fan looks for a competitive balance in every league for every sport. No one wants one team to dominate their league for several years in a row. With the new NBL-Oak league for boys basketball, everyone thought that league would be wide open and competitive to the end for the top spot. Turns out Cardinal Newman is undefeated, and about to win another league championship.

In the new Vine Valley Athletic League, you really didn’t know what to expect. Four new schools joining in with three other Sonoma County schools would be interesting. Football went as expected, with Vintage winning the league title. One nugget may have been no one expecting Napa to go winless, but that is a conversation for another day.

Here is where it gets weird, AC was 4-0 before losing to Napa, then they lost to Casa Grande and Vintage. Vintage was struggling, losing to Petaluma and AC the first time around, but then came back and beat both teams in the second half of league. They have also beaten Casa Grande twice. Casa has lost to AC, Vintage twice, Napa, and Sonoma Valley. but have beaten Petaluma, AC, and Sonoma Valley. Petaluma beat Vintage by 20 earlier in the month, but lost by one to the Crushers on Friday. They also beat Justin Siena, but lost to them last week as well. They lost to Casa Grande and AC, and we know how they’ve done. They beat Sonoma Valley as well. Sonoma has beaten Casa Grande, Justin Siena and Vintage, but lost to Petaluma and Casa.

OK, let that soak in. If you followed along with that, I give you credit, because it is an interesting league for sure.

This is a big week for the Vine Valley Athletic League. Napa has all but wrapped up the league title, barring a collapse. Spots 2-4 remain in question heading into the final four games of the season before the VVAL tournament next week. American Canyon hosts Petaluma tonight while Vintage hosts Napa.

Wednesday, Petaluma goes across town to play their rival Casa Grande in what will be for both teams, their biggest league game against each other in recent memory. Napa will host American Canyon. Vintage will Travel to Sonoma Valley.

Friday night, Petaluma will host Napa, Sonoma will go to American Canyon and Justin Siena will go to Casa Grande.

The final night of the regular season is next Monday night. Petaluma will go to Sonoma Valley in what could be a play in game for the VVAL Tournament. Napa will host Casa Grande and Justin Siena will host Vintage.

Next Wednesday begins the Vine Valley Athletic League tournament at the top 2 seeds home sites, with the championship being next Friday night at American Canyon High School.

Well, I hope I sorted it out for you, but this has been an extraordinary year for boys basketball in the all new Vine Valley Athletic League.