Wrestling is on the Map in Sonoma County 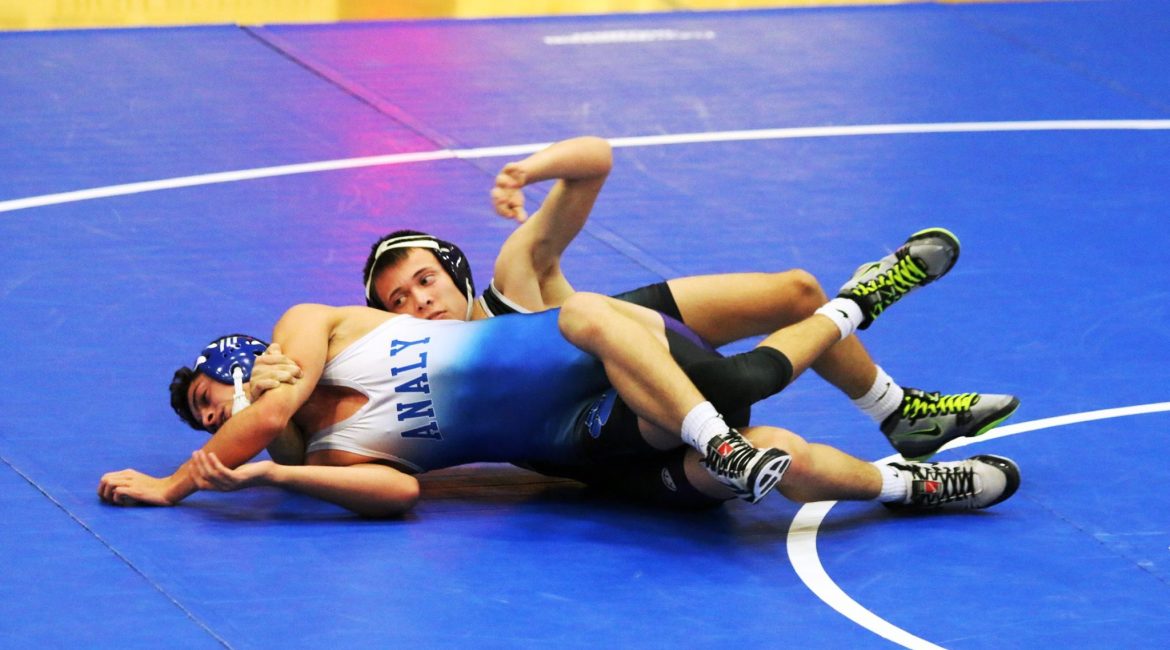 Wrestling isn’t known as a popular sport to some, but to others, it’s what they do. The SCL Finals meet is this Saturday
The SCL leader is the Petaluma Trojans. 2 years ago, longtime coach Denny Plyler retired. He spent 40 years as the coach at Petaluma High, leading them to multiple NCS Championships, including their latest in 2007. They won five straight SCL titles from 1998-2002. Paul Schloesser was named his replacement. Since then, they have been dominant. They are 6-0 in dual meets this year as they go into the final tournament this weekend. They will be lead by Dominic Ayers, Conner Pedersen, and Eric Coats.


Petaluma comes fresh off of a resounding 78-3 win over El Molino. Key matches were at the 132 lbs level with a Lucas Cheda (Pet) pin over Nate Wheeler. At 113 lbs Mac Shattuck had a win over Wyatt Ayers. The only loss was Eric Coats losing to Thomas Mitchell of the Lions.
Petaluma hosted Healdsburg on February 1st and dominated. Shattuck had another win defeating D. Taylor in just :44. Conner Pedersen had a win as well via the pin in 1:44. Pedersen said “The season has been great so far. We have all put in a lot of work and are set for our goal of a league pennant.” AJ Vasquez from Healdsburg got a win over Liam O’Neill of Petaluma. Vasquez holds a 24-10 record overall.
The SCL Finals should feature some top quality wrestlers. From Petalua you have Jack Reynolds, and Dominic Ayers. AJ Vasquez from Healdsburg will be tough on all. Nico Mejía from Elsie Allen in the 134 lbs should be interesting.
Share