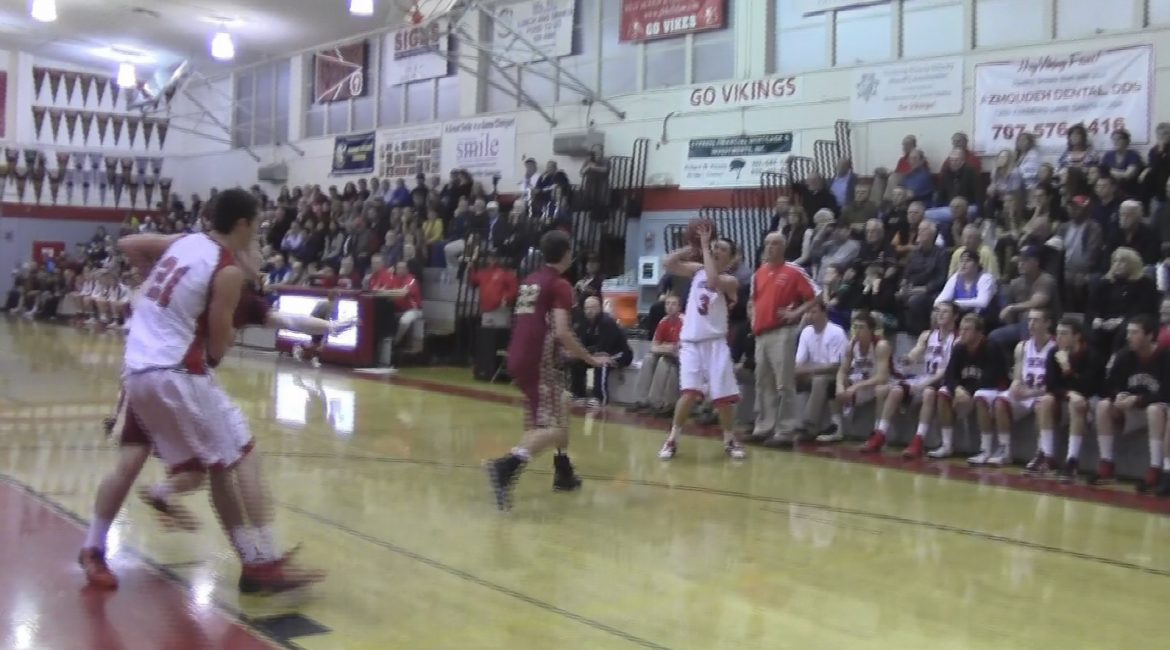 For fans that haven’t followed the sporting scene in the area, it is easy to assume that the Santa Rosa Girls have always been good.  That is not the case.

When I commented to Santa Rosa Head Coach Steve Chisholm about the crowd at the game, he pretty much confirmed what everyone was thinking, that it was the biggest crowd he has ever seen at one of his Girls game.   I asked him did he ever think that there would be a scene like that at a Girls Game.  He said there was a time that 50 people showed up, which were basically family and friends.

He could have been talking about his first year as coach at the school which was 2007.  That season Santa Rosa went 7-19 overall and 3-11 in NBL play.  That is actually an improvement from two years earlier when the records were 2-19 and 1-13.   They lost eight of those games by 20 or more.

It wasn’t much better in 2007, in fact in some ways it was worse as they lost twelve games by twenty or more.

Things started getting better and quick.  In 2008 the overall record was 11-15, but they were a .500 team in league play.  They have improved each year since, winning two of three NBL championships along the way which was their first since 1989.  They have won their first NBL post season tournament since 1995 and have become a fixture in the NCS playoffs.

It has been an amazing turnaround and should be a model of hope for programs out there that aren’t where a school wants them to be.

Two years ago the Casa Grande Girls team had a season that puts them on a list that this year’s Santa Rosa is heading toward.  That is one of the best local girl teams of all time.    They went 31-3 and ran through the SCL race going a perfect 12-0.    The leaders of that team, Gretchen Harrigan and Stephanie Sack are both on the SRJC team.

If it believed both made their way into the SRJC record book in Friday’s Nights 94-87 win over at Diablo Valley.

Sack assisted a few of those baskets.  On the night she had a team record 15 assists.   Sack is averaging 5.4 assists a game which is eighth in the state.

Going into the Tuesday night game at Cosumnes River the SRJC Women are 14-7 overall and 6-0 in Big 8 play which puts them in sole possession of first place.

No. 1 Montgomery (14-5) (Last Week 1)…Yes this was decided before Monday Night.  But it was also decided that the Vikings would get a mulligan.   Just didn’t think they would need one.

No. 2 Willits (16-2) (2)…Senior Jon Montez is leading scorer at 16.2 a game.   Also averages over nine rebounds.  Willits has a fourteen game winning streak.

No. 5 Maria Carrillo (13-6) (5)…This is under the heading of not getting punished because of a loss to Montgomery.

No. 7 Cardinal Newman (11-8) (9)…Up and down team that moves up this week.  Senior Connor Head has scored in double figures in eleven of twelve including career high against Santa Rosa Monday Night.

No. 8 Casa Grande (10-9) (NR)…Welcome back to the rankings.  The upset of Montgomery puts back interest in NBL race.

No. 9 Cloverdale (11-6) (8)…Did have non-league loss to Fortuna, who is the No. 3 ranked NCS Division 4 team.  Isaah Warren is averaging over 21 points a game.   He has scored in double figures in every game.  He scored 19 against Fortuna, which snapped a streak of six straight of at least 20.

No. 1 Santa Rosa (18-1) (1)…Even survived a hangover.   The Saturday win over Heritage in a game that started about 12 hours after the emotional win over Cardinal Newman and did it without Morgan Bertsch who is averaging 17.4 points a game and 14 rebounds.

No. 2 Cardinal Newman (13-6) (3)…Started week with impressive win over Windsor and then gave Santa Rosa its toughest league game of the season.   The young team held up well in a tough environment at Santa Rosa.  Now they have to remember one game at a time and not worry about the rematch with Santa Rosa which is down the road.

No. 3 Windsor (15-4) (2)…Wasn’t the best week.  Disappointing loss to Cardinal Newman and then struggled before holding off Ukiah.

No. 4 Casa Grande (11-7) (4)…The rule about not being punished by loss to Santa Rosa applies.  They followed that up with a nice win over Montgomery.

No. 5 St. Vincent (13-5) (7)…Was given all they could handle in big league win over Roseland University Prep on Monday Night.   The Mustangs have full control of NCL II race.

No. 6 Montgomery (10-9) (6)…Not the year they are used to having but can’t be taken for granted.  The Vikings are led by Seniors Madison Nordby and Niambi Saint Louis who are both averaging over 10 points a game.

No. 7 Analy (10-9) (NR)…Sole possession of first place in SCL Girls race after winning battle for first place with Sonoma Valley

No. 9 Petaluma (11-8) (10)…Has chance to get back one of the league losses when they host Sonoma Valley on Wednesday.

No. 10 Roseland Prep University (12-5) (9)…Just missed pulling off upset of St. Vincent.   They hope to get another shot of them in NCL II post season tournament.