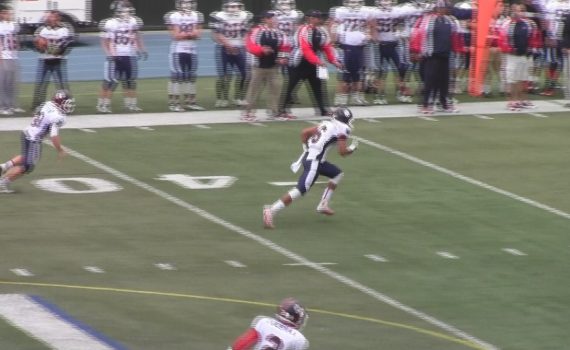 If there was one thing you could rely on in this high school football season, it was that the Rancho Cotate football team would score some points. They may have had issues stopping teams at times, but the offense was pretty much unstoppable.
Rancho Cotate went into the NCS Division 3 semi-final game at Marin Catholic, averaging 40 points in a 9-3 season. Even in the three losses, the Cougars averaged 30 points a game.