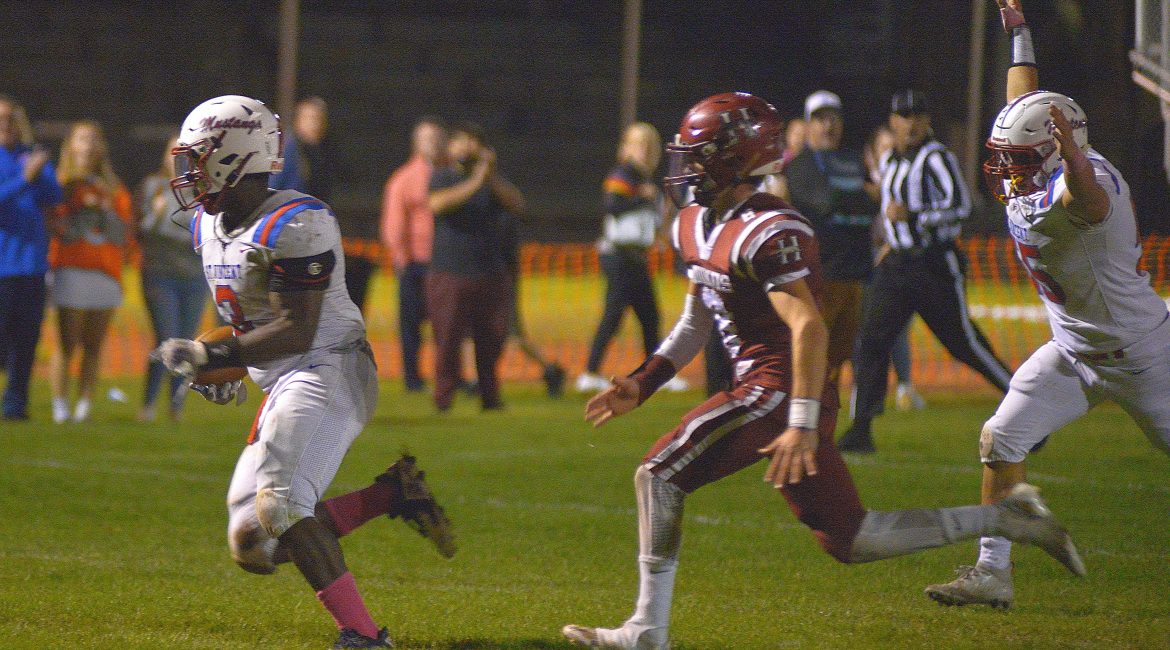 There are three teams in Sonoma County playing for NCS Championships. With the rule the NCS has this year where title games are played at host sites, it is possible to attend all three games if you wish.  Let’s examine the three contests.

These two teams tangled on October 1 with Windsor getting a dominant 38-14 win. In that game senior quarterback Chase Vehmeyer completed eight of his 15 passes for 187 yards and three touchdowns. They also were dominant on the ground rushing for 158 yards with 118 of them coming from senior running back Damian Escarcega. The one aspect that sided Benicia’s way was penetration on the defense side. They recorded 12 tackles-for-losses with senior Croix Stewart recording four of them.

The Jaguars are 10-1 in Paul Cronin’s first season at the helm with the lone loss coming in the NBL-Oak Championship game to Rancho Cotate. They nearly had their season end last week after allowing a 33-7 lead to become the eventual 33-32 victory. Vehmeyer this season has thrown for over 2,500 yards and Escarcega has rushed for over 1,000. Two of Windsor’s biggest offensive weapons on the outside can’t be farther apart in terms of class range. Senior Makhi Johnson is second on the team in receiving yardage catching 40 passes for 891 yards and 10 touchdowns. Meanwhile, freshman Hayden Anderson has 42 receptions for 898 yards and eight touchdown catches.

These two perennial North Bay powerhouses will meet for the fourth time in the last seven years in an NCS title game. They met in 2015, 2017 and 2019. Marin Catholic won the first two and Newman won the last contest on their way to a state championship.

Like Windsor, Cardinal Newman is also under a first-year head coach in Richard Sanchez. The Cardinals defeated Tennyson last week 44-22 behind senior quarterback Lucas Knechtle who completed nine of 16 passes for 146 yards and a touchdown. The Cardinals dominated on the ground rushing for 243 yards spread out amongst four players.

The history between these two rivals over the last decade has been memorable. The Wildcats won in dominating fashion in 2015 but the last two games have been classics. In 2017, after the Tubbs Fire ravaged a good chunk of Santa Rosa and Cardinal Newman, the two teams battled in front of a capacity crowd at Rancho Cotate High School. Some may call it one of the greatest high school football games ever to be played in Sonoma County. Marin Catholic won that exciting shootout 59-56. The last contest was played in 2019 at Santa Rosa High School. In a torrential downpour, defense dominated as the Cardinals pulled out the 13-10 victory on a game winning field goal.

Trent Herzog took over a St. Vincent program that was 1-8 in the season prior to his arrival. Four years later he got the Mustangs in the NCS Championship game for the first time since 2012.

It’s been a dominant 2021 campaign for the Mustangs. They’re 10-1 and won the NBL-Redwood championship. The No. 1 seed was given a scare last Saturday vs Clear Lake. The Cardinals led that game 20-7 before a furious comeback by St. Vincent got them to the NCS Title game and a rematch with St. Helena. The two teams battled on September 10 in St. Helena with the visiting Mustangs eking out a 14-13 victory. Senior Dante Antonini was exceptional on the defensive side of the ball in that game recording 20 tackles and forcing a fumble.

Antonini has been lauded as one of, if not the best athlete in the county. He’s taken snaps lined up as a receiver, running back and quarterback. On the ground he rushed for 515 on 57 carries and scored eight times. In the air he’s caught 24 passes for 596 yards and 10 touchdowns. Finally, he’s completed four passes on the season and half of those have gone for touchdowns. On defense he leads the team with 96 tackles, 23 tackles for losses, six sacks and an interception. The NBL-Redwood Co-MVP is set to have a big impact on nearly every aspect of the game.

The Mustangs’ bread and butter is on the ground with junior Kai Hall. He carried the ball 151 times for 1,351 yards and 18 touchdowns. He’s rushed for 100 or more yards five times and averages just under nine yards a carry. Hall has rushed for 3,660 yards in his three seasons at St. Vincent de Paul. Like Antonini, expect Hall to have an impact on many aspects of Saturday’s contest, especially on the offensive side.