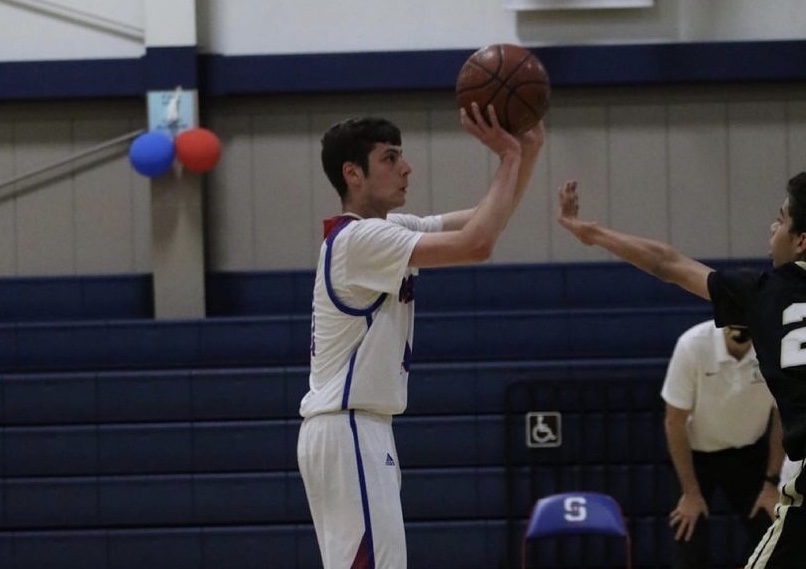 Due to COVID-19 our sports committee decided to not select players to make up all league teams as they usually would. We reached out to coaches and they nominated players and most coaches also wrote messages about each player. All coaches were emailed and those who did respond by the deadline set were able to get their athletes recognition.

Petaluma:
First Team:
Esteban Bermudez – Senior
From Coach Lyons: “Leading scorer, great playmaker and passer. He stepped up in some big games as he had 26 against Casa Grande at home. He will be continuing playing at the Junior College level but is undecided where he will play yet.”
Liam Gottschall – Senior
From Coach Lyons: “Heart and soul of the team. Played every possession with 100% effort especially against Vintage after handing them their first and only league loss.”

Second Team:
Reese Lakritz – Senior
From Coach Lyons: “Amazing off season working on his jump shot and shooting 51% from three with over 70 attempts. We are a shooting program and he was a great player to lead that charge and hold the torch.”


Napa:
First Team:
Brayden Greenlee – Senior
From Coach Garcia: “Brayden averaged 18.7 points per game and 3.45 rebounds per game. Overall was a veteran who read the game and was able to score given any opportunity. He was able to create a shot for himself with any defense. Consistent shooter and provided momentum for the team.”

Second Team:
Tyler Oda – Junior
From Coach Garcia: “Tyler averaged 13.4 points per game and averaged 5 assist per game. He provided opportunities for his teammates and executed on his shots. Defensively he was a huge threat. Continually providing pressure to the ball handler and making the team turn the ball over with a steal or pressured pass. Unselfish player that shows he can be a threat with or without the ball.”

Vintage:
First Team:
Logan Nothmann – Senior
From Coach Gongora: “The best player on the best team this past season PERIOD. Point guard is the most difficult position on the court. Logan was an extension of the coach on the floor. His relentless drive and competitive spirit literally willed our team to victory multiple times this past season. It started with his first game of the season. Logan dropped 24 against Casa Grande just four days after beating Napa at Memorial Stadium (football). The Petaluma Argus Courier (April 28, 2021 article) dubbed Nothmann “a Trojan killer” as he torched Petaluma for 28 points. Logan would also drop 24 two more times in victories at Vallejo (overtime) and against Napa in his final game as a Crusher. The difference between Logan and other prolific scores is that more often than not, his efforts resulted in a W. However, we could just as easily win without Logan being the leading scorer which happened a handful of times this past season. That fact is a testament to his unselfish play and desire to simply win versus needing to always score. Great players get others involved and make those around them better and that is what Logan did this season. Logan scored 31 in double overtime at Sonoma and sealed the victory at the free throw line with just seconds left. Logan’s biggest disappointment this past season was not being able to play at American Canyon. Logan celebrated a VVAL championship the last time he played American Canyon. He was finishing up his football season when his teammates handed AC an L the first game of the season. Unfortunately Logan didn’t get to return to the Wolf’s gym this season due to a COVID outbreak with their varsity team. Logan competed in 13 games (missed one b/c of football and one b/c of injury). He averaged 17.38 points, 6 rebounds and 5 assists. He shot a whopping 59.63% from inside the arch (65 of 109). Think about that for a second. His shot dropped inside the arc six of every 10 shots. I’ve coached for over 25 years. Logan Nothmann’s are rare. He is truly a special talent. I’m so fortunate to have been his coach for the last two years. Two years and two VVAL championships. That doesn’t happen without Logan. Lastly, Logan stayed healthy this past season by doing right with regards to COVID protocols. That was just as important as anything else this past season”

Jackson Corley – Junior
From Coach Gongora: One of the best pure shooters I’ve ever coached. Jackson is a great kid with a solid family support system in place. It was impressive how he eased into things. His presence was immediate but not forced. Jackson didn’t start the first few games as he was getting acclimated to Crusher basketball. He didn’t let that have a negative impact. It didn’t affect him, which is a testament to his character. Jackson’s priority was team success. There were games where he would only score 10 points, which was usually when others had a hot hand. However, there were also games where Jackson was getting buckets in bunches like his 36 points in a victory at Casa Grande or his 19 points to lead the Crushers to the win at Napa or his 21 points to get the W again against Napa in the season finale. Jackson shot a staggering 63% (48 or 76) for 2FG. Talk about efficiency. Jackson averaged 13 points, 4.6 rebounds and 2 steals a game. Jackson trains constantly. He is a total gym rat. I can’t wait to see him really blossom his senior year.

Second Team:
Josh McCormick – Senior
From Coach Gongora: “Josh battled nagging injuries throughout the season, but always found a way to compete and contribute. He played in pain many games but never complained nor did he ask for any special treatment. A true team player who wanted nothing more than a W. Josh, in the absence of senior captain Logan Nothmann, led the Crushers to victory over American Canyon by scoring 15 points in over 30 minutes of action. He also had 17 points at Casa Grande. Josh did so much more than what appeared in the boxscore. He didn’t need to score a lot for us to be successful. He sacrificed his own stats and put the team first. He contributed in other ways including defense and maintaining an offensive flow with great ball movement. Moreover, his leadership skills really blossomed this season. Jost is a back to back VVAL champion. He averaged 9 points, 5 rebounds and 2 assists. Josh was also able to remain COVID free this past season which was both a individual and team victory.”

Cole Capitani – Junior
From Coach Gongora: “Cole had a very solid varsity debut. The 6’6 junior averaged 7.5 points, 6 rebounds a game. Season high was 26 points in a double overtime win at Sonoma. Cole definitely showed flashes of dominance. He’s been working hard lifting at CTS and is working on being more aggressive at both ends of the court. He was great when he looked to score making 40 or 65 shots from inside the arc, good for an impressive 61%. Cole is going to have a much bigger role next year. I know he’s up for the challenge. This past season he had solid games, but also got into foul trouble a few times. We are going to ask a lot of him. I’m excited to see his journey continue.”

Healdsburg:
First Team:
Dylan Hayman – Senior
From Coach Mokaram: “Lead the league in scoring and rebounding. Should be MVP of the league. Was voted first team all-state D4 and was SF Chronicle northbay player of the year. Set the all time scoring record for HHS with over 1800 points in his 4 year career. If he had a full senior season, he would have shattered the large school scoring record.”

Second Team:
Gavin Vogensen – Sophomore
From Coach Mokaram: “Started at pg every game. Made some big plays especially in our win at Montgomery.”