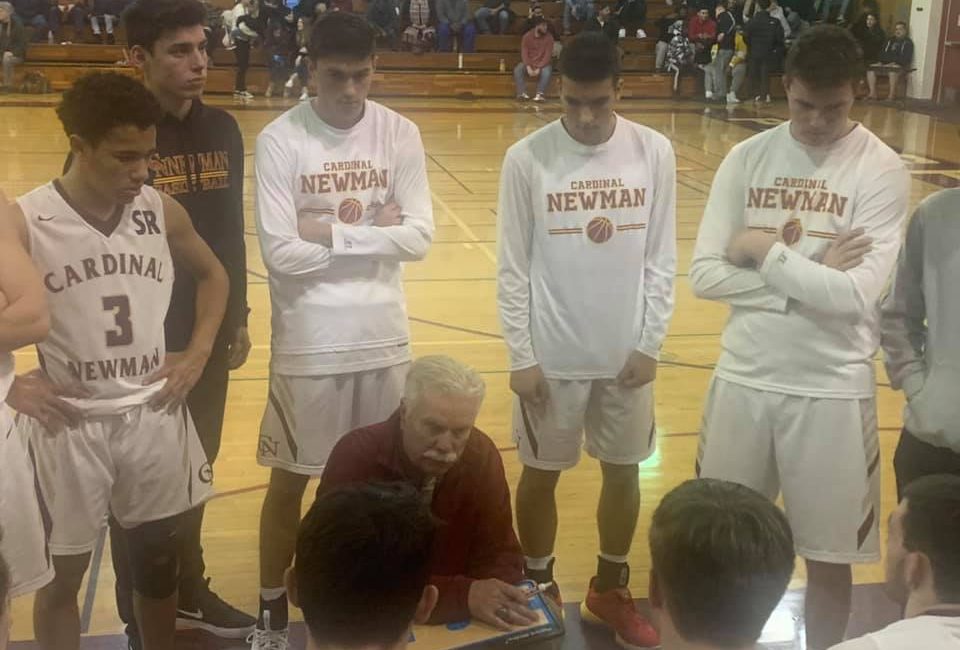 As we originally reported on Tuesday, St Vincent de Paul high school has named Tom Bonfigli as their new head boys basketball coach. Bonfigli will replace Scott Himes, who was let go last week. Bonfigli has since informed Cardinal Newman of his decision.

This past season, he led the Cardinals to a 21-8 overall record, and a 6-4 third place finish in the NBL-Oak.  Bonfigli and his Cardinals hit milestone win No. 800 on Dec. 12 with a 70-50 win over Maria Carrillo in the opening round of the Rose City Tournament. He is 9th on the all time California High School Basketball Coaches win list.

Scott Himes led the St Vincent teams the past 2 seasons, going 22-29 overall. With the known transition of St Vincent into the NBL-Redwood, they started to play bigger schools like Petaluma, Analy, and Montgomery while also participating in the Brett Callan Memorial Tournament at Casa Grande.

St Vincent de Paul will move into the NBL-Redwood next year, playing Windsor, El Molino, Elsie Allen, Rancho Cotate and Ukiah during their league season. Healdsburg and Maria Carrillo both moved up to the NBL-Oak.

Cardinal Newman, along with Windsor and Montgomery are now searching for new head coaches.

Stay tuned to YSN365 for all of the latest breaking news updates.