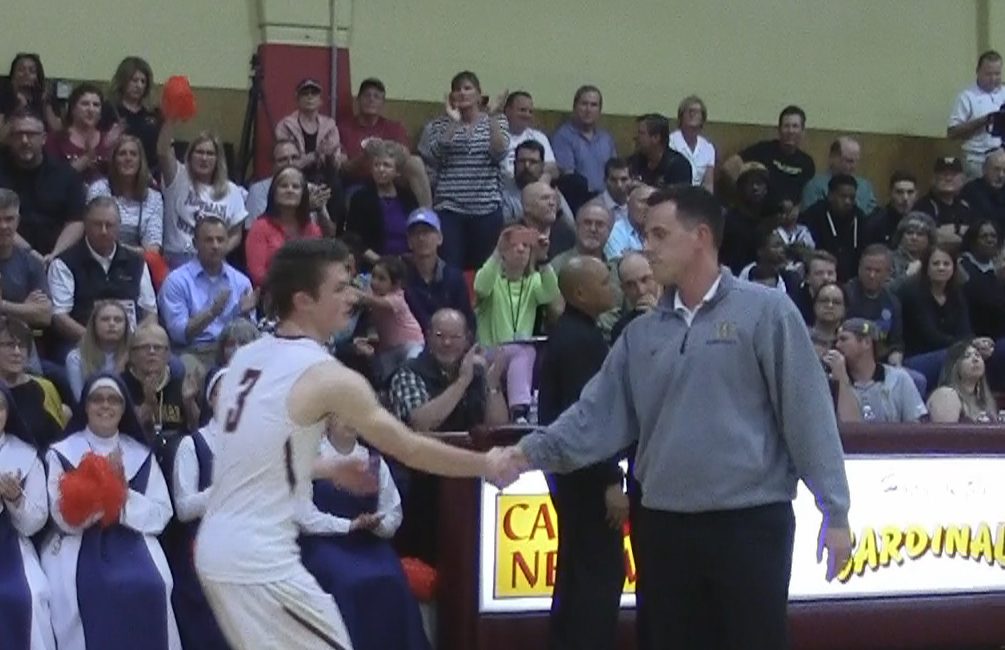 Travis Taylor has been named the new boys basketball at Cardinal Newman High School after a two year hiatus from the high school coaching ranks.

The announcement comes after a few days of negotiations between the two sides, finally coming to an agreement. He met with returning players today.

Taylor played his prep basketball at Cardinal Newman High School. In his senior season he was named team captain and helped lead his to team to a 13-1 NBL record and a league championship.

Taylor coached at Healdsburg from 2009-2012, compliling a 43-40 record. In the fall of 2012, he jumped over to Windsor, where he coached from 2012-2018. In his time with the Jaguars, he won 106 games, while losing 60. He won two North Bay League regular and postseason championships. In 2015-2016, he led Windsor to a 25-4 record, but it ended abruptly in the second round of the NCS Playoffs with a loss to fellow NBL Foe Montgomery. He is the second winningest basketball coach in Windsor history, behind only longtime coach Steve Kramer.

Taylor brings a career 149-100 record over to Cardinal Newman, who are looking to get back to competing late into February once again. The Cardinals have gone three straight seasons without winning an NCS playoff game, and four straight without a CIF Nor Cal appearence. This past season under Bonfigli, Cardinal Newman went 21-8, and 6-4 in NBL-Oak play, good for a third place finish in the league.

The leagues are a little different since Taylor last coached in 2017-2018 at Windsor. His new league opponents are Healdsburg, Analy, and Piner, while also competing against old rivals like Maria Carrillo, Montgomery, and Santa Rosa.

It is unclear if any of the staff from last year’s program will be retained, or if a new staff will be put in place for the coming season.

Continue to follow YSN 365 for the latest breaking news updates.