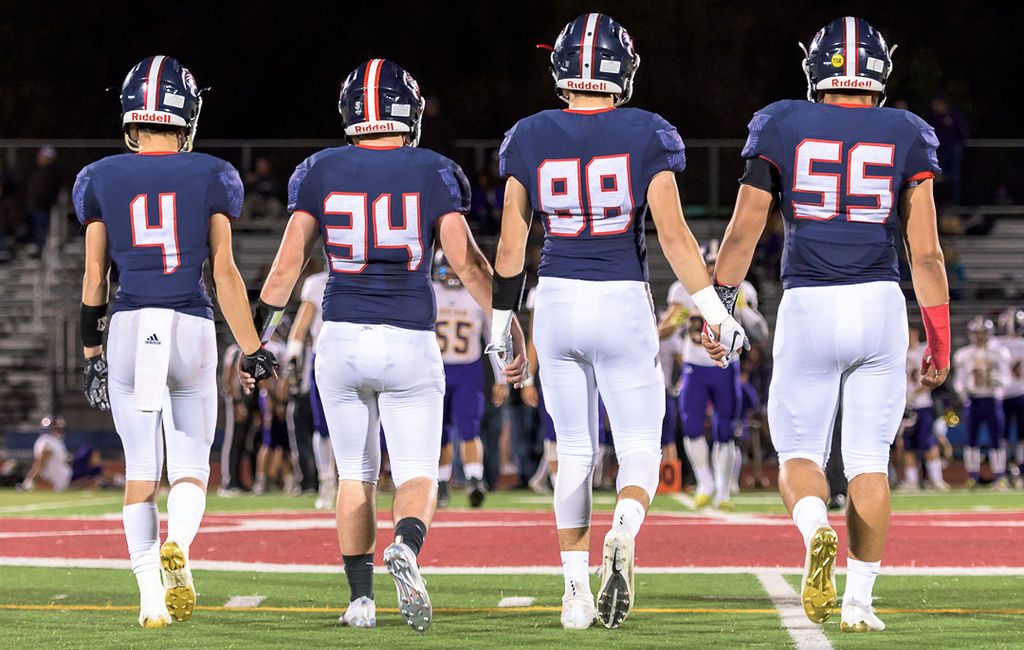 Friday’s game was Senior Night at Rancho Cotate High School. After the festivities subsided, the attention turned from the seniors back to the opposing Ukiah Wildcats. Both schools were trying to lock down second place in the NBL Oak Division.

Rancho jumped out to an early 7-0 lead less than two minutes into the game after quarterback Jared Stocker (Jr.) connected with his favorite target Connor Barbato (Sr.) for a 38-yard touchdown pass. Ukiah would struggle to get anything going offensively and would manage to hold the Cougars offense at bay, that was until running back Rasheed Rankin (Jr.) would take a handoff 9 yards into the end zone with 2:42 left in the first quarter. The Cougars would lead the Wildcats 14-0 after one.

The start of the second quarter is when things started to get out of hand. A six-minute span of game time saw Stocker connect with Barbato again—this time for a 17-yard touchdown—putting the Cougars up 21-0. Ukiah’s subsequent drive would end in 3 plays after Rancho’s Brandon Proschold (Jr.) picked off a pass and returned it 34-yards for another score. Rancho would get the ball back and Stocker would connect with Barbato for their third touchdown of the night. Just like that, with 6:27 left in the first half, Rancho was up 35-0.

Rankin would power his way for another touchdown from 1 yard out with 4:36 left in the half and a pair of Andrew Alfaro (Sr.) field goals—from 38 and 26 yards—would give the Cougars a 48-0 lead going into halftime.

The second half wasn’t any better for Ukiah, even with the running clock in effect, Rancho would score two more times after Bryce Potter (Sr.) would find the end zone towards the end of the third and halfway through the fourth.

Rancho Cotate’s victory means they finish second in the NBL Oak Division behind Cardinal Newman and ahead of Ukiah. The Cougars will find out who and where they will play on Sunday morning, when the NCS Division 2 brackets are announced. Coach Gehrig Hotaling likes where his team is at headed into the postseason, “I feel very confident about the fact we could be a 1 seed. Number 2 is a huge honor but I feel like we could be a number 1. I hope the seniors get a couple more home games but we will find out where the chips will fall on Sunday morning.”

The CIF NCS selection show is where you can find out where all of the North Bay schools are playing. Show begins at 11:30am: https://www.nfhsnetwork.com/events/cifncs/evt1b165ff48d