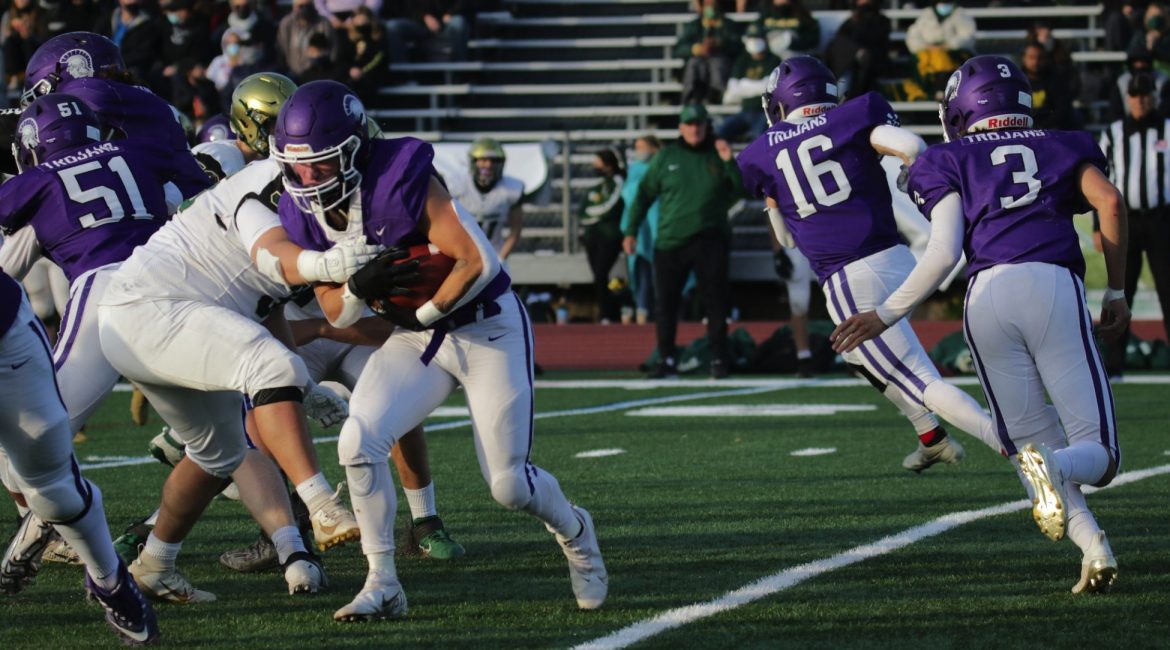 Over the weekend there have been many exciting football games in NorCal, including the annually played Egg Bowl. The game between the Petaluma Trojans and the Casa Grande Gauchos is a much awaited game for both teams. The Gauchos had come away victorious the past two seasons but Petaluma reclaimed the Egg Bowl trophy winning Friday night 20-14 at Ellison Field.

CJ Powers rushed for 84 yards on 15 carries with a touchdown for the Trojans.

The Vintage and Napa played the annual Big Game with Vintage routing Napa with a final score of 35-7. The victory for Vintage certified their spot as the league champions for the third year in a row.

In a high scoring battle between the Justin-Siena and American Canyon, the Wolves came out of top with a 50-42 victory.

Cardinal Newman traveled up to Windsor on Friday in which the Cardinals came out victorious 38-14. Newman finished a perfect 5-0. This game was also live-streamed on ysn365.com

Marin Catholic (4-0) continued their dominance as well as they held the Redwood Giants (3-1) to only three points in their 30-3 victory.

The St. Vincent de Paul Mustangs took on the Healdsburg Greyhounds in Petaluma. St. Vincent was able to put up 35 points in the second quarter in their 58-6 rout of the Greyhounds.

Colby Furia was 8-12 passing for 139 yards and a touchdown for the Mustangs. Kai Hall rushed for 72 yards on seven carries and a a pair of touchdowns. Dante Antonini caught four passes for 77 yards and two touchdowns.

Analy was able to get their third win of the season beating Ukiah 40-32.

In a defensive battle between the Santa Rosa Panthers and the Piner Prospectors, the Panthers were the only team who was able to score and they were victorious 7-0.