Five controversies from the past five years

YSN 365 > News > Baseball > Five controversies from the past five years 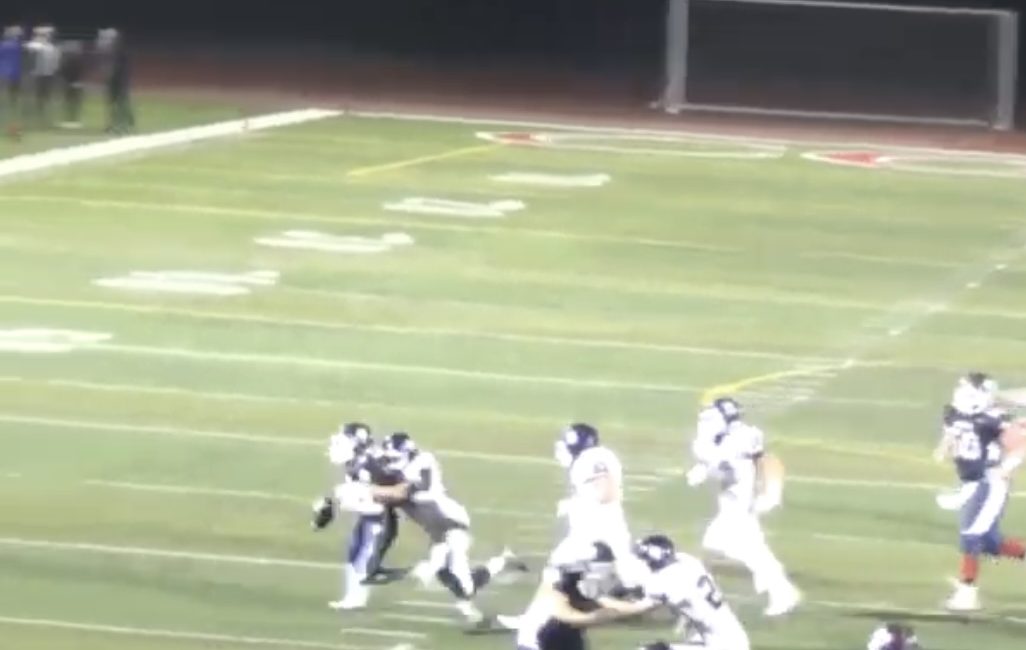 If you see enough sporting events, you are bound to encounter some kind of controversial play or two. In the past half decade, we’ve seen more than a few controversial moments in big time sporting events. Three of the five occured in the NCS playoffs, and another occured in the final game of the regular season, the SCL Championship game. This list is in no particular order as you could rearrange these in so many different ways.

Petaluma and Rancho Cotate both placed second in the SCL and NBL respectively, as another controversy we have on our list explains why one finished where they did. Onto the game. Rancho burst out to a 21-6 lead early on, but Petaluma had battled back and eventually made it 35-28 late. With 3:25 left, Mo Ward took a hand off and weaved his way through Petaluma defenders before getting the ball knocked out by Petaluma DE John Lautner at the 25 yard line. Luke Wheeless then took the ball back to the other side of the field, however, a whistle was blown marking Ward down and keeping the ball with Rancho. The unknowns of the game still linger. The winner, in this case Rancho, would play Analy. Had Petaluma been in that game, it would’ve been an all time rematch of an all time classic the two teams had played three weeks prior. Instead, Rancho won, but eventually lost to Analy in the semi-finals.

This was an all time classic. Two league rivals playing each other for the third time that season, something that was, and is still unprecedented. Rancho had jumped out to a 12-0 lead and led 12-7 at the half. The team’s traded blows until Newman caught up at 22-22 late in the game. With just a few minutes left, Rancho QB Jake Simmons found WR Jalen Ward on a deep throw for what would be an easy touchdown. 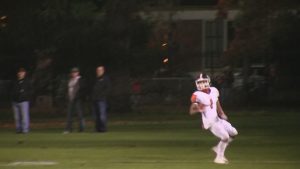 The only thing is, Ward did not go into the endzone right away. He stopped just short of the goal line with what Rancho people believe was the intent of running more time off the clock. About 10 seconds later, Ward crossed the goal line and received an unsportsmanlike conduct flag. That moved the PAT back, and the Cougars missed the kick. Newman would come down and score, make their PAT, and win the game 29-28.

Santa Rosa was in the middle of their best season in a while. They had won an NCS playoff game already, and were hoping to advance to the Semi-Finals when they met up with fellow league foe Windsor. Windsor at one point held a 31-7 lead with about seven minutes to play. Then, the impossible happened: Santa Rosa scored three times, converted three, two point conversions to tie the game with just under a minute to play. The Jags missed a FG at the end of regulation to send the game into overtime. After both teams scored touchdowns, it was on Santa Rosa-would they go for two for the win or kick a FG and go to double overtime? They chose to go for the win. Cassius Banks was initially stopped at the goaline, then ended up in the endzone, but officials stopped progress at some point in between and Windsor prevailed 37-36.

Analy came in undefeated, while Petaluma sat at 7-2. These two were on a collision course all season to this game, and it was a classic. A back and forth battle saw both teams exchange leads throughout the ballgame. Tied at 36 with just five seconds to play, Analy QB Jack Newman found Ross Simmons for the League Championship clinching touchdown that sent the Analy side of the field into pandemonium. The question was, did he get in? It sure didn’t look like it based on the footage we have from that ballgame.

Sonoma Academy had thrown four consecutive no hitters up to that point. It was one of the most dominant pitching stretches anyone had ever seen. The Coyotes were in a league battle with Rincon Valley and St Vincent de Paul. Sonoma Academy and St Vincent were tied for first at the time, with Rincon Valley one game back. Sonoma Academy was up 1-0 in the fifth inning when a slow grounder was hit to 3B Ethan Jones. He slipped while also missing the ball and the runner reaching base. As the home team, Sonoma Academy was the official scorer and ruled it an error, but not everyone agreed. The Coyotes would go on to win the game 3-0, another no hitter, then throw one more hitless outing for six consecutive no hitters, which is a state record according to Cal-Hi sports, although at the time, the stat wasn’t recorded.

What are some other controversial moments you’ve experienced? Send those to [email protected] Tell us what happened, and share pictures and video of the moment.