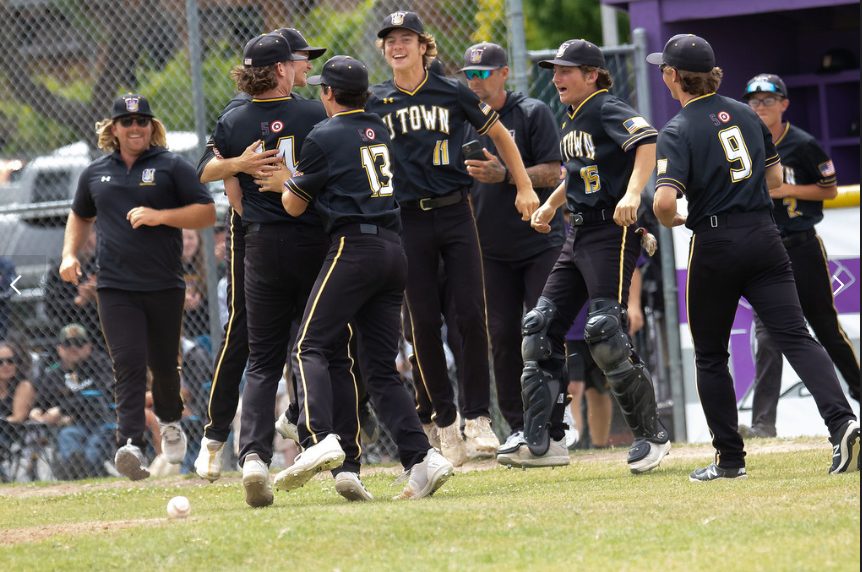 On Saturday, No. 3 Petaluma hosted No. 9 Ukiah in the NCS Division 2 championship game. Petaluma, after the first inning, was unable to hit off of senior right-handed pitcher Austin Ford as he threw all five innings and only gave up four hits and one run in the 13-1 blowout win.

Ukiah got it started in the first inning as Trenton Ford would score on a passed ball but Petaluma would strike back in the bottom half and score their only run of the game on an infield single by senior right fielder Wyatt Davis.
In the second, Ukiah would bat around and score four times, two of which came on a double by Austin Ford. Austin Ford would also finish the game 2-4 at the plate on top of his exceptional game on the mound.

“It’s my last season and I’m having my breakout season,” Austin Ford said. “I’ve worked hard in my four years in high school so it feels good for it to pay off.”

Austin Ford would then step back on the bump in the bottom of the second and despite a base hit by designated hitter Garrett Gracie, the Trojans were unable to capitalize.

The scoring for Ukiah would not stop there. In the top half of the third, they would tack on three more runs to make the score 8-1 in their favor. In the bottom of the third, Austin Ford would record a strikeout and a 1-2-3 inning, one of his two in this game.

In the top of the fourth, Austin Ford would help himself by getting on base with a lead off single and eventually scoring on catcher Canyon Loftin’s single.

In the top of the fifth, the Wildcats would add two more to their lead to make it 13-1. Austin Ford would strike out the side in the bottom of the fifth and they would win their first ever NCS baseball championship.

Head Coach Aaron Ford was ecstatic about the team’s win after the game.

Despite losing the NCS championship game, Petaluma is the 2 seed in Division 3 NorCal Playoffs and will host No. 7 Alpha Charter while Ukiah was given the 5 seed in Division 2 and will play at Granite Bay. Both games will be played on Tuesday May 31.