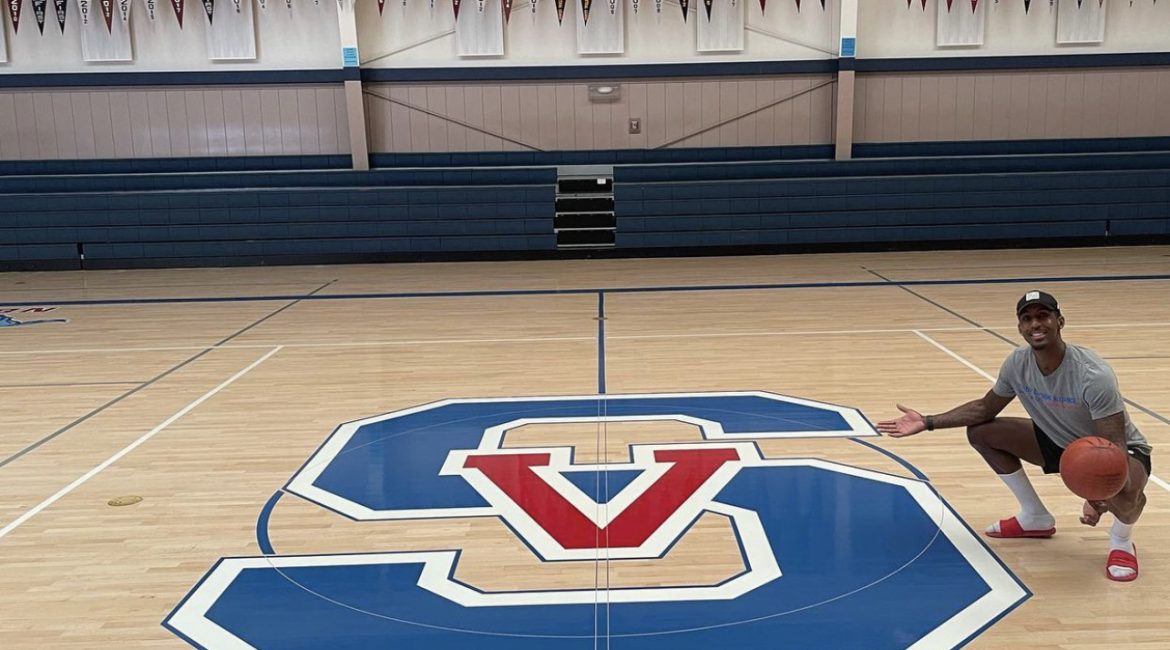 Bullard was born and raised in Detroit, MI where he would start his basketball career at just the age of 13. Come college, Bullard would walk on at Marygrove College before transferring to Richland College in Dallas, TX and then Texas A&M Corpus Christi. After his college days, he joined the Harlem Globetrotters and played for them for 13 years.

Bullard hopes to turn the program around and bring energy and passion to the programs and the young ladies on his team.

“As the new head coach for St. Vincent’s women’s basketball I plan to rebuild the program in a way that’ll make the young women love the game of basketball on the court and also build character outside of the game.” Bullard said. “Basketball is a key to many opportunities in life. I want these young women to know that they are capable of anything and it could possibly start with a basketball!”

Bullard will have a lot of work on his hands this season as he will have a very young team with last season’s team having one junior and ten underclassmen. However, Bullard is ready for the challenge.

“Having a young team usually means I’ll have some raw talent and a lot of work to do. Getting the girls to buy into my style of teaching will be an adjustment for them and I’m hoping they are up for the challenge,” Bullard said. “Having a young, driven, hungry, competitive squad is what I’m going to hope for, and if I get that then the sky’s the limit.”

Bullard has an absolute enthusiasm and excitement for the game and seeing it first hand is quite enthralling. He brings so much positive energy to the court and can make any player a better human off the court as well.

St. Vincent de Paul’s season, and Coach Will Bullard’s head coaching debut, will kick off in early December with a match-up against the Tomales Braves on December 2nd.