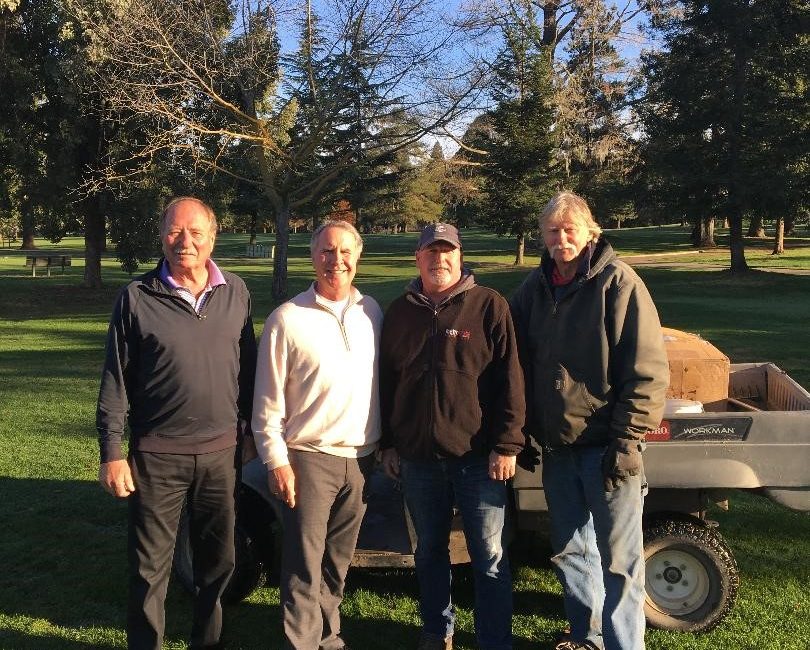 THE BOYS OF BV…

It’s not uncommon for golf course employees to come and go on a fairly regularly basis.

“They must be happy here,” is the simple explanation of longtime head pro and golf director Bob Borowicz when he talks about the hard-core group of guys who have worked at the 18-hole Santa Rosa public layout for such a long while.

That would include Borowicz, Steve Tiedeman, Jim Knego and Don Ballard and maintenance crew member Doug Starr, who retired this past spring.  Mechanic Ben Galindo and greenskeeper “Fonzi” Mendoza came to work for longtime superintendent John Flachman in 1999.

Borowicz started working for pro Bob Whitham in 1972 when he was still at Montgomery High, picking balls on the driving range and various odd jobs. He didn’t get paid at first, but did receive playing privileges.

In 1974 he and Ballard, also a Montgomery alum, started working for Flachman. Bob recalls Ballard, another ex-Viking and greens superintendent, being there about the same time.

Bob graduated from Montgomery in 1975 and went on to excel in golf at Santa Rosa JC then Chico State before spending his senior year at Sacramento State.

Knego went to Sonoma Valley High and started working at BV about the same time as Borowicz, and at one point in the mid-70s  was the head pro for Flachman.

Knego left for a while to go through the plumbers’ union apprenticeship but returned in the mid-80s to work in the golf shop.

According to Bob, Tiedeman wasn’t even a golfer, although he was a standout in basketball and baseball.

“I came back to BV after college and have had no reason to think about going anywhere else,” says Borowicz. “I was lucky to work for John and with the rest of the guys and have seen no reason to leave.”

He took over as head pro in the early 1980s, replacing Kelley Wolfe, who had been hired by Flachman.

“I would imagine what we have here is pretty rare when it comes to hanging on to employees for such a long time,” says Bob. “Over the years, even when business was down, we tried to not cut down on hours even though there weren’t always pay increases.”

While working fulltime at BV, Borowicz competed in a number of pro events, including the National Club Pro, four PGA Championships and a number of AT&T events on the Monterey Peninsula.

“John (Flachman) made it real easy for me to participate in tournaments like that, same for Jim,” explains Bob. Knego played in some pro events include a Ben Hogan tournament at Windsor, where he was very competitive and drew a large and vocal gallery.

Borowicz recalls playing in an AT&T in the early ‘90s with baseball pitching great Bret Saberhagen as his amateur partner, adding “Julius Erving was also in our foursome . . . quite a group.”

Bob and Saberhagen played well and were in contention to win the prestigious pro-am portion of the tournament before officials decided to whack some strokes off Saberhagen’s handicap, figuring he was a lot better than he had indicated.

“They adjusted his handicap, which didn’t seem fair to me,” said Bob, who made the cut three times, twice as an individual. “But we still ended up fourth or fifth.

“Bret was devastated they took those strokes away,” Bob recalls of his partner having his handicap moved from a 16 to a 12. “He didn’t fake his handicap . . . he was a great athlete and just played well.”

Bob, who has leased the course since 2001 – originally with Flachman, who retired in 2004 — turned 61 in November and his current deal with the city expires next July, at which time he hopes to sign a three-year option. Then, after three years, it’s farewell to BV.

Bob is married (Andrea) and the father of four – Megan, Jordan, Nick and Tasha along with three grandkids . . . he said all his kids are still living in the area.  Like Bob, they apparently see no reason to leave either.

The city may opt to lease the course to an outside party in three years, but Borowicz isn’t sure what will happen. “The course won’t close, but I don’t really know what the future will be for Bennett Valley,” he said.

Whatever, Bob and the others who have been familiar faces at Bennett Valley for so long are a living testimony to finding a good place to work, making it better and sticking with it. When he and the others move on, they will definitely be missed. They’ve all made a difference.

Special lesson packages are being offered at Oakmont Golf Course. Packages include: 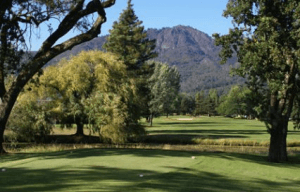 Winter package of eight lessons, club check/fitting and four-hole playing lesson. Lessons must be completed by March 31. If weather is bad, lessons will be taught indoors at the Golf Lab using a launch monitor and Boditrack. Cost $599. Twelve lessons plus 9-hole playing lesson, $999.

Couple/friends outing: A 90-minute lesson followed by lunch at The Quail Inn, then a 9-hole playing lesson. For 2-4 players, $450 split any way.

Clinic punch card: Buy four clinics, get one free. Jessica Reese Quayle will be teaching clinics Wednesdays and Saturdays at 10 a.m. Cost $140. Packages can be purchased online or at the Oakmont West Pro Shop, Call 539-0415.

There is also a Junior Golf Camp at Oakmont Jan. 2-4, cost $199. The half-day camp is for juniors ages 8-17 and will focus on skill building, learning new golf rules for 2019 and spending time on the course.

If the weather is good, instruction will be outside, so bring warm-weather clothing. If it rains, camp will focus on indoor golf-related activities. On Friday, the camp will have a pizza party and will finish at 1 p.m.

Head pro Taylor Battaglia has lined up a number of specials for the holiday season and beyond.

He is offering golf classes for those “who might be afraid your golf game is going to get rusty over the winter season.”

Taylor will be offering multiple classes for all ages and skill levels, and encourages golfers to email him to check it out.

There is also a Winter Junior League at Fairgrounds Jan. 16 through March 6. Cost is $299 per junior for the 8-week program.

“This is a fun after-school golf league for your junior,” explains Taylor. “Each week juniors will go over different skills of the game and get to play competitively on the course in a learning atmosphere.”

Participants will learn to keep score on an official score sheet as well as learn new rules and strategies.

Each class will cover a different area of the game as well as different rules you may not be familiar with, adding that “this class is for everyone and it’s a great environment for beginners as well as intermediate players looking to take their game to the next level.”

Book a banquet, wedding or other events at Chardonnay in 2019 and get a discount of 50% off the standard facility rental fees.

Chardonnay is also offering a “Gift of Golf” package. For $600, you receive 12 vouchers valid anytime, seven days a week, through April for golf and a shared cart.

You can make your purchase at Chardonnay’s online golf shop. Maximum value of this package is $1,020. Package will be mailed to purchasers indicating “Good for 18 holes of golf with shared cart and range balls, valid anytime weekdays (Monday-Friday including holidays) and after 11 a.m. through April 30, 2019.”

Thanks for your comments, questions and suggestions. I love to get them and would really like to get more this year.

If you have a golfer you know who you think would be an interesting story, let me know. I’d love to hear from you.

And we would be proud to include you as one of our sponsors – thanks to Bill Carson at Wine Country Golf for his support – so if you care to get some details about being a sponsor of GOLF 707, email me at [email protected]