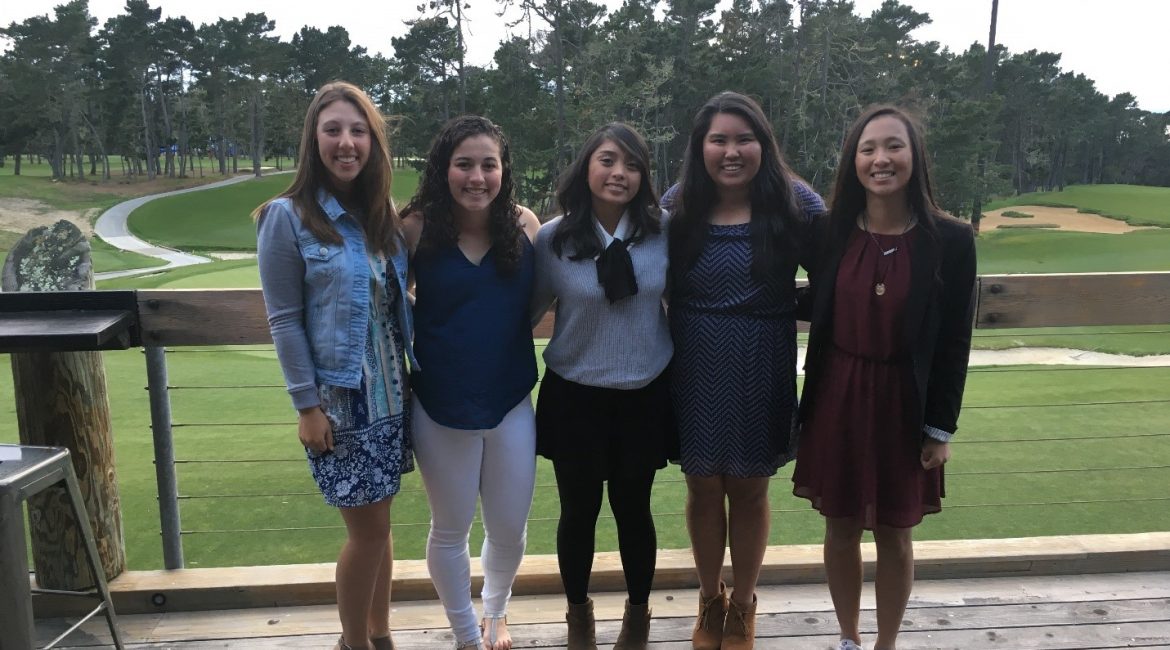 Youth on Course worth checking out 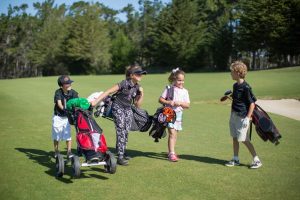 Youth on Course is a good deal . . . for young golfers, for their parents and for golf courses . . . and the game of golf now and in the future.

Youth on Course provides affordable access to golf through a “rounds reimbursement program” where participants pay $5 or less – some courses charge as little as $1 for 9 holes — to play at participating golf facilities.

Most courses honor YOC membership and those courses are reimbursed monthly. There is an online program that allows courses to register YOC players to facilitate reimbursement.

In other words, young golfers pay a comparably small fee to play 9 or 18 holes and YOC makes up much of the difference to golf courses. A good arrangement for everyone.

Presently, there are more than reportedly 300 courses taking part and more than 13,000 youth participants in the Western U.S. using the program with that number on the rise. Nationally, the figure is reported to be 600 courses with more than 620,000 rounds subsidized, 115,000 in 2017.

Signing up is pretty easy and relatively inexpensive, especially considering the benefits. Fees are set by in each region by a state/regional golf association. The NCGA oversees the local program.

Cost to sign up for a single membership in Northern California is just $18 and your card is good from Jan. 1 through the rest of the year. After signing up, you’ll complete a brief curriculum which gets you a membership card and you’re ready to go.

The lowest annual signup fee is $5 in Kentucky, Michigan and Northern Nevada with the highest $30 in Oregon and Southern Nevada.

After you sign up, you will receive an email with your number and a link to complete the online curriculum.  When you intend to play at a golf course, you should have your card or at least your number available and the pro shop can check to make sure your card is still active.

You can play using your YOC membership card as often as you like   although you cannot use the card to play in tournaments, competitions or organized camps.

A number of courses – none in our immediate area at least for now  —  include YOC membership when you join a club. There are 21 courses in Northern California that qualify that way although that number is constantly changing so check the web site to find out for sure. Or ask your pro shop.

Some courses – or at least some golfers – might not be enthused about having a lot of kids play golf at their place, especially at peak times.

So according to YOC information, when a course is set up as a facility, the course management sets the times youngsters can play. Additionally, it is suggested that young golfers or their parents call ahead to course to make tee times just to double-check availability.

Other things of note about Youth on Course:

COLLEGE SCHOLARSHIPS: Since the Northern California chapter introduced the scholarship program in 2008, YOC has awarded more than $1.2 million in college tuition for deserving members. In 2017, 28 graduating high school seniors were awarded scholarships to attend universities including Yale, Princeton, UCLA, Harvard and UC Berkley.

PAID INTERNSHIPS: Relevant work experience is more important than ever for college and career placement. The YOC internship program is designed to give high school students the opportunity to immerse themselves in the golf industry and gain valuable professional skills.

CADDIE PROGRAM: The Youth on Course Caddie Academy provides opportunities for youth to earn money, network and develop financial management skills. Caddying also creates access to college scholarships for those with financial need. Caddies attend an orientation and then make their own schedules, caddying and interacting with members while sharpening their own golf insight and social skills.

Youth on Course is a good idea for lots of reasons. It tends to get more kids out to play, and that often includes their parents or siblings so it’s a good deal for golf courses, and families are saving money.

And if kids are indeed the future of golf, and it’s hard to argue that one, getting more young players to tee is up is a good thing all around.

What are you doing Saturday morning?

Steve Spanier, a board member for the Saturday Golf Group at Oakmont, is anxious to grow the membership for the weekly gathering.

“It’s open to Oakmont residents, men and women, as well as non-residents,” says Spanier, also a member of the Wednesday golf group and a guy who plays at least three times a week. You’ll need to either have or establish an NCGA handicap to participate.

According to Steve, the Saturday group is the oldest club at Oakmont, with participants playing 18 holes, usually at the West Course. Weekly play features a variety of “games,” such as Stableford, best-ball, etc. and the club also has three “majors” each season. The next one is the two-day President’s Cup May 5 and May 12.

The first tee time, weather and frost permitting, is 7:30 a.m. and Steve usually sees 40-50 players although the club roster is close to 80.

“We have all levels of golfers and handicaps,” explains Steve, who plays to impressive 2 handicap. “We have players as high as 30.”

A lot of golfers don’t get out as much as they would like in part because they don’t always have motivation or a good reason. Spanier thinks belonging to a club that plays on a regular basis is an answer to that.

“We have a lot of fun, and every week we do something different,” he says, adding that in addition to regular payouts for a particular event, playing for skins is optional each week.

Winnings go into your account at Oakmont and can be used for golf shop merchandise, which is discounted for club members.

Steve, a retired high-tech guy who worked in Silicon Valley, would like to hear from you and is eager to answer any questions and get you playing on Saturday mornings.

“We’d love to see more players,” urges Steve. “And we have prime tee times on Saturdays.”

Cost to join is $51 with a one-time $25 initiation fee; additional costs include weekly sweeps and a first-year initiation fee. Steve has the breakdown on costs, and you can reach him at sspanier@sonic.net

Go to the Oakmont GC web site and click on “Golf Sections” and scroll down to the Saturday group for more details.

The Oakmont club, as well as most men’s and women’s clubs, is really a good way to meet other golfers, make new friends and simply have a good time. You are not obligated to play every week, just when you feel like it, but it is a good reason to get out of bed and play some golf.

The format for weekly events  is usually a team game event, but individual low net games are occasionally played. The entry fee for these games, both team and/or individual formats, is normally $8 per person.  Social events are held throughout the year, usually in the form of lunches and an occasional dinner 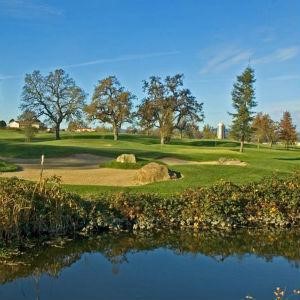 Windsor GC is offering three day camps this summer, regarded as “a great way to introduce kids to the game of golf and to fine-tune the golf games of future golf pros,” according to the Windsor staff.

All aspects of the game will be taught, including rules, etiquette and course management.

In 2017, a total of 82 youngsters took part in the summer camp program in three separate camps.

Catching up with the Seawolves

The Sonoma State men’s golf team will be competing in the “Goodwin” tournament at Harding Park in San Francisco next week, or as coach Val Verhunce describes it, “little fish in the big ocean of Division I.”

The women will be taking part and host the SSU Invitational at Foxtail North April 2-3, and Val is still looking for volunteers for live scoring and shuttle drivers.  To contact him, go email verhunce@sonoma.edu

The women will also be competing and hosting the inaugural CCAA Championships at Sonoma Golf Club April 16-18. Volunteers are also needed for live scoring so let Val know if you can help.

Verhunce is also talking up the “Birdie Barrage” fundraiser at SSU. You can pledge a dollar amount for each birdie recorded during tournament play by both the men’s and women’s teams during the spring half of the 2017-2018 season.

At the end of the spring, birdies will be tallied – as reported by official GolfStat records – and that number will determine your total pledge.

“Over the history of our program, we have averaged about 400 birdies for the spring season,” says Val.

Registration is open for the PGA Jr. League at Oakmont GC.

Those interested are urged to register early so the team kits will arrive on time.

Each participant will receiver two team shirts — one for home matches and one for away competition. Last day to sign up is April 20.

The league is open to both boys and girls, 13 and under, of all abilities. The “recreational nature of the regular season provides opportunities for skill and character development — on and off course — in addition to plenty of opportunities for fun, friends and family engagement with golf.”

PGA Jr. League “is all about the recreational and developmental nature of regular season matches.”

During the course of one game, teams play four 9-hole matches in a popular two-person scramble format, reinforcing the team concept and creating “a nurturing environment for learning the game.” Coaches can also substitute players every three holes, so that all of the golfers on each team can participate.”

Former Empire tennis and golf standout Monica Borowicz will be heading back to the 2018 Women’s Long Drive Competition in Mesquite, Nev. next month.

“I’ve been training in the gym and on the range almost daily,” says Monica, who just missed qualifying for the finals last year. “I’m hoping to place higher this year.”

We are working on stories about The First Tee returning to our area, as well as a “free golf for kids (who play with an adult at certain times)” so if you have some thoughts on those subjects, let me know.

And as usual, I would like to know what’s going on at your golf course or with your golf game.

If you have any golf-related stories or questions, please write and let me know.

And if you might be interested in helping sponsor GOLF 707, let me know and I will provide the details.

You can reach me at bmeadows4sports@aol.com