Many years ago, during a round of golf at Lake Tahoe, I discovered my tee shot wedged  up against a rock, with no legal relief available.

I turned a 7-iron around with acceptable but not very good results, as I managed to at least move the ball a few yards back to the fairway.

My playing partner watched what happened, and then suggested I might want to carry a left-handed club in my bag to deal with similar situations. He said he invariably saved a shot or two by doing this.

His idea made sense, and ever since I have carried a left-handed 7-iron that has allowed me to extricate myself from fences, trees, etc.

Do you carry a lefty club – or a right-handed club for you left-handers – in your bag ?

Golf Clubs Rule 4 of the USGA Rules of Golf does not stipulate whether the clubs in a golfer’s bag must be either all right-handed or all left-handed clubs. There are not a lot of ambidextrous players, but apparently there are quite a few players who carry a left-handed 5-, 6- or 7 iron to get out of tight spots where a right-handed swing is awkward or impossible.

The problem, of course, is which club you are willing to sacrifice to accommodate the extra left-handed club . . . you are limited to a maximum of 14 clubs in your bag.

Personally, it was easy for me to decide . . . like many golfers, I carry  what I now believe was too many wedges. In fact, by making a slight adjustment of the wrist, you can turn a 52 degree into a 54, etc.

Some golfers say they are sometimes questioned about carrying a left-handed club, so they tend to carry a rule book in their bag to answer any questions.

As one golfer noted, “as long as the (lefty) club is coming out of your bag and not somebody else’s bag, it’s legal.”

Entry fee is $125 per player, which includes golf, cart, range balls and food after the tournament .

Monica Borowicz is continuing her quest to make a name for herself among the long-driving women.

Monica said during a recent long-drive event, she did not perform well, noting “I was in my own head and couldn’t shake off the jitters until it was too late.”

But, she added, “I have regrouped myself and am preparing for redemption in South Carolina May 7 . . . it will be the next televised event.”

Gena Maiden, a 10-year-old from Napa, and her father, Don, recently played a round of golf at Fairgrounds GC.

Gena is new to the game but very enthusiastic about getting better. Her positive attitude is refreshing and infectious.

Don had not heard about Youth on Course, which allows parents to sign their child up for reduced green fees at just about every course in California as well as other states.

For just $18 a year, kids can enroll and begin playing golf for a lot less than usual. For instance, YOC golfers can play 9 holes at Fairgrounds for just $1 instead of the normal $6 junior rate. Other courses have various rates although YOC limits the junior rate to $5 for 9 holes.

If your child is interested in getting into golf, it can be worthwhile to check out Youth on Course. Signing up on the NCGA web site is relatively simple . . . and for many parents, well worth the effort.

Mayacama and Windsor turned in solid performances at the recent NCGA North Bay Zone Regionals in the Monterey area.

Entering the second and final day of the event, Mayacama was eight shots back of the lead and tied for 13th place, but the team of  Rick Herbert, Russell Ingrum, Paul Puccioni and Paul Balatti shot a final-round 18-under 124 at Poppy Hills Their two-day total of 27-under 135 earned them a two-shot victory.

Windsor GC finished in second place. The team made up of Jacob Ruonavaara, Ken Rhodes, Thomas Osipowich and Ron Farino shot a  total 25-under 261. Just one stroke separated them from Vintner’s GC, which finished in third-place.

Both Mayacama GC and Windsor GC now advance to the NCGA Zone Championship, set for Aug.  26-27 at Poppy Hills and Spyglass Hill.

Windsor GC was the team to beat after day one of the annual event.      The Windsor foursome carded an opening score of 18-under 126 in Monday’s first round at par-72 Bayonet/Black Horse GC playing in a format that takes the two best net scores of a four-person team. 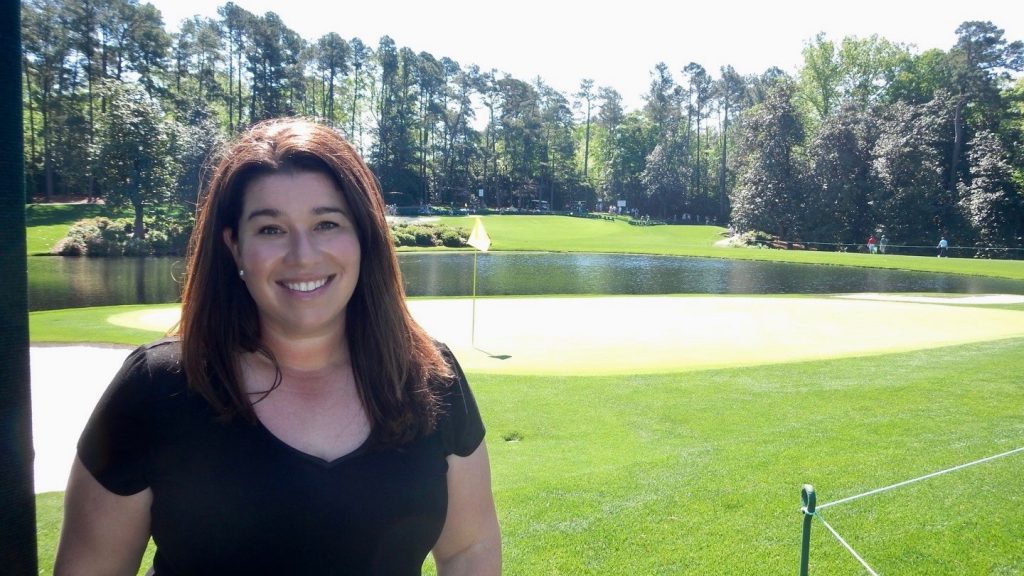 Oakmont LPGA-credentialed teaching pros Jessica Reese Quayle and Rebecka Heinmert have some memorable stories about their recent trip to the Masters in August.

Participants should make sure to have both health insurance info and phone numbers available when registering.

If you have a golfer you know who you think would be an interesting story. Tell me about it. Having

trouble with your game? Let me know what it is and I’ll try to get a sensible answer for you from a local pro.