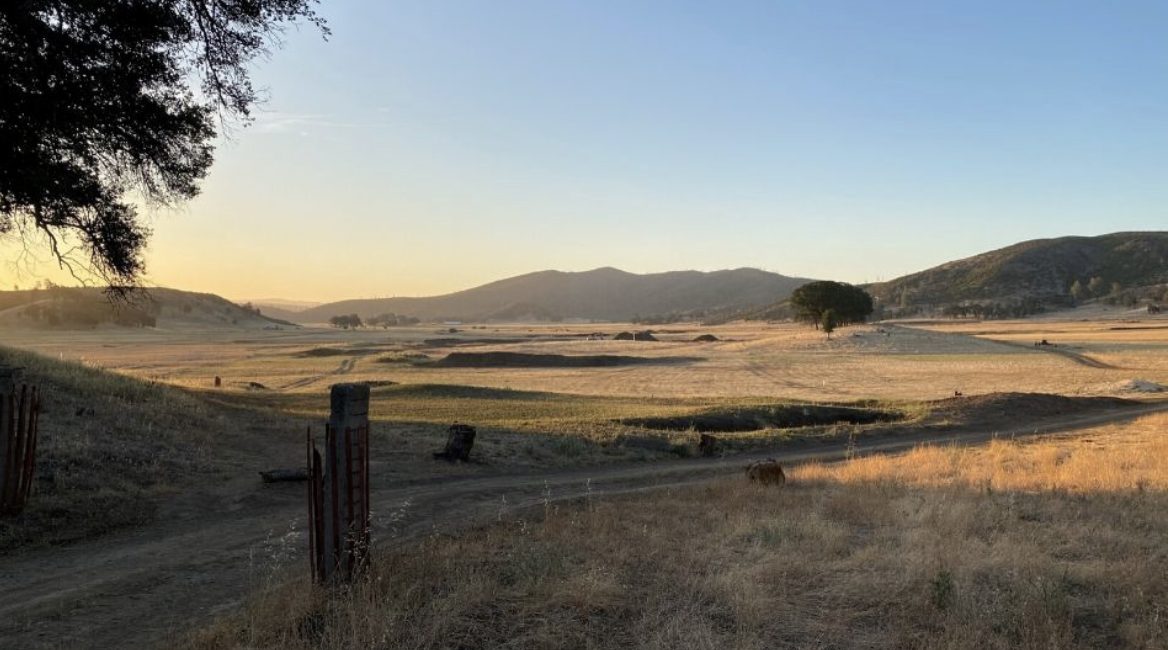 Although it really hasn’t got much publicity, there is what appears to be a gem of a new golf facility under construction near Middletown.

The Coore & Crenshaw-designed Brambles golf course was on track for completion in this year but it looks now like sometime in 2022.

The project is being led by golf course architect James Duncan.

I reached out to an old friend, Lake County golf-writing and golf-playing  legend John Berry, for his thoughts on the project.

“The Brambles’ quiet opening has been delayed by one year.  The zoysia strain of grass that was used to seed the course hasn’t yet completely taken hold.,” explains John.

“The membership group has told the new superintendent Sean Battistini (formerly superintendent at Napa Valley CC for 20 years) to not worry about an opening date and to simply take care of the turf as things are now.

“My best guess is that the opening will be in July or August of 2022 although it will be without fanfare.

“As I understand things, The Brambles wants to be an understated private course, somewhat similar to the way things are done at the San Francisco Golf Club.”

I checked out some previous articles written about The Brambles and got some additional information.

“James has been our pioneer, visionary, and leader for the past ten years on the Brambles project,” said Eric Berridge, the majority investor in the Brambles project. “Over the years he assembled a group of investors, found the property, arranged for its purchase, and brought us through the permitting phase, which is not easy to do in California.”

“The project was officially approved, by unanimous vote, by Lake County in 2018.

“Berridge says: “The site is comparable to an English heathland course – very walkable with interesting contours and ridges.

“The scale is huge, with a main property of 600 acres. There are beautiful panoramas of the California landscape, including Mount Saint Helena and other comparable vistas. It has a ranch-like feel, somewhat similar to certain well-known courses, although the property is quite different.

“Brambles is routed out and back. It starts out on the northern side of the main valley, with a descent from the first hole, before moving up into some oak trees and along the edges of the property. The fifth is a blind, 300-yard hole, reachable with a drive to a green that slopes away. Like all Coore & Crenshaw courses, Brambles will value strategy, options, and decision-making over length or brute difficulty.”

Construction is under way, with shapers Dave Axland, Ryan Farrow and Benjamin Warren assisting Coore & Crenshaw on the project. Coore completed the routing last year and was on site at the end of June establishing concepts for greens, tees and other features.

“We have a local team who are in the field building infrastructure, including our mainline irrigation. The coronavirus has focused the project in an incredible way, creating an ‘all hands on deck’ approach and leveraging the fact that our crew and architects mostly live nearby, making travel easier.

“The ethos of Brambles hopes to resemble that of the best clubs in the British Isles,” continued Berridge. “Access will be available to those that are not members, provided that they make a bit of an effort to make arrangements. Members will be provided with a walking golf course that they can call their own, and a vibe that values camaraderie and aims to shed some of the unnecessary rules that have crept into American golf.”

In an article Berry wrote in 2019, he certainly seems enamored with The Brambles.

‘The Brambles site is located midway between the town of Middletown and Hidden Valley Lake, just east of Highway 29. If you look carefully while driving on Highway 29 you can see parts of the site.

“James Duncan fits the description of a traditionalist when it comes to golf course architecture and I was not only looking forward to meeting him, but I was also intrigued by the fact that he and Coore-Crenshaw would be fitting the golf course at The Brambles into the terrain that was already there. Having worked under the umbrella of traditionalists such as Doak and Coore-Crenshaw, I knew that there wasn’t going to be a lot of heavy earth moving equipment to “invent” mounds or streams or ponds. No Pete Dye anywhere in sight.

“Upon arriving at the Brambles site, I was impressed with the beauty of the locale. James showed me a preliminary design map of the course. It would be an 18-hole course with a par of 72. Raised in Scotland and Denmark,

James has an appreciation for links-style golf. While the Brambles is not situated alongside the North Sea or the Pacific Ocean, my first thought was that it was a most gorgeous site that would be a great golfing venue. True to the seaside tradition, the course begins at a hub in the center of the property, loops out to the eastern corner, makes a couple of counter loops to include some natural gathering spots, and then heads back toward the course’s initial beginnings.

“The Brambles is meant to be a walking course with an active caddie program for those who care to have a super looper for the golfing experience. To the eternal credit of the preliminary design, there appears to be a natural routing of the course so that once you putt out on the green, the next tee is within immediate range. While Duncan had Coore and Crenshaw’s preliminary course routing to entail a 6,982-yard layout, the option of stretching the course to as much as 7,500 yards seemed to be a definite possibility.

“Duncan relayed to me that the Brambles is located in a warm and cold transition weather zone, meaning that his team is currently doing research regarding the proper type of turf needed to deal with the possibility of 100-degree weather in the summer and freezing winter temperatures. As he explained it to me, one of the candidate grasses is a so-called zoysia grass that, once established, doesn’t require a lot of water to survive

There is a glider port on the site and the goal is to have the option of permitting interested golfers to fly into the Brambles to play the course.

John, and a lot others, are obviously anxious for The Brambles to open up next year. While it appears it will be a pretty exclusive place, it also seems to be an outstanding addition to Lake County and Northern California.

Results from this year’s Santa Rosa City Championships. Only one round was held because of inclement weather.

Some good news sent to us from Foxtail GC:

“The city of Rohnert Park, situated in the heart of California wine country, is known as The Friendly City. Thanks to the diligence and commitment of golf course superintendent Jeff Sutherland and his crew, the definition of friendly now officially includes the two environmentally friendly golf courses at Foxtail Golf Club. This past August, Foxtail Golf Club was awarded certification as an Audubon Cooperative Sanctuary The accomplishments 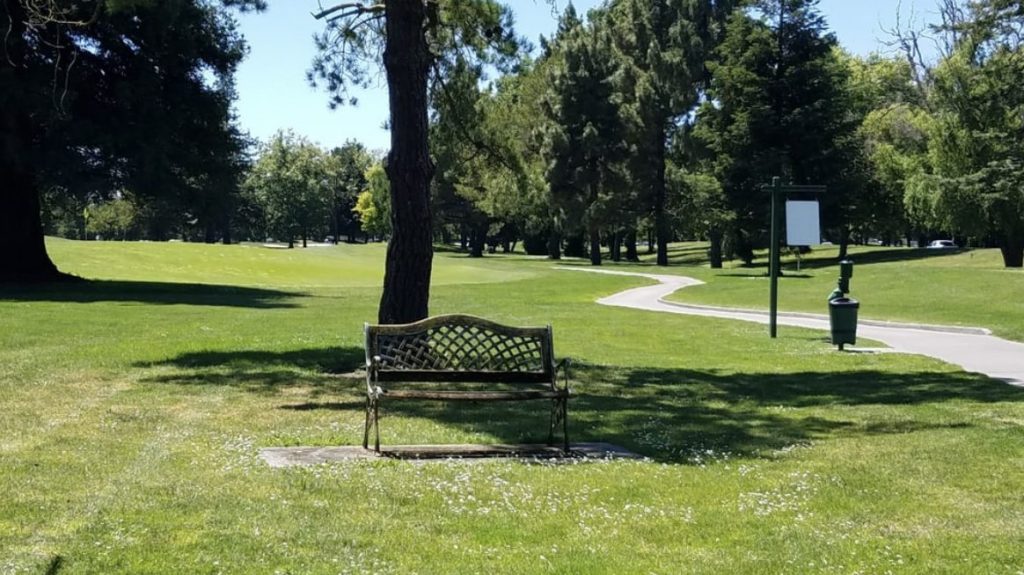 “Accountability, however, for environmental responsibility at the facility didn’t begin with Jeff, a Class A Superintendent and Golf Course Superintendents Association of America (GCSAA) member for more than two decades, who only took over the role of course superintendent in late 2020. As the course’s General Manager Christopher Gay explained, “Since the first day in business, CourseCo (golf management company) and Foxtail Golf Club have taken the responsibility to the environment very seriously. We owe it to the community, the next generation, and ourselves to ensure the golf course is managed the best way possible for the environment.”

“The North and South golf courses at Foxtail Golf Club, a municipal property, are, as Jeff described them, “a central hub of Sonoma County.” In an area where many other golf courses are private clubs, Foxtail is a popular facility that was seeing more than 60,000 rounds of golf annually even before the pandemic spurred golfers back to the game in near-record numbers and drove annual rounds of golf to between 70 and 80,000.

“We are a special facility,” explained Jeff. “We feel it’s really important to show the community that we care about the golf courses and how we protect the birds and the plants and everything that’s living around us. We have a unique property where we have several different creeks that run through both golf courses. It’s definitely important for us to make sure the community understands that we are doing everything that we can to protect those waterways that run through our golf course. And the water is cleaner when it exits the property than when it comes on.”

“The process of achieving certification didn’t happen quickly at Foxtail. Changes in key personnel and then delays resultant from the COVID-19 pandemic meant it took a little longer than usual for the course to earn its certification. But the support staff at Audubon International would be quick to reassure superintendents and facility managers that, although most courses need two to three years to achieve their goals, there is no right or wrong timeline. To be clear, the process does not involve two to three years of labor. The estimate of two to three years covers time for superintendents to plan, implement and document their results. And with every step, the Audubon International team works in partnership with the superintendent, assisting him or her in taking stock of the facility’s environmental resources and any potential liabilities and in developing a plan that fits the course’s setting, goals, staff, budget and time availability.

“When I came to this property, and they were already involved in doing the certification process,” said Jeff, “I felt like it was a prestigious honor. I get goosebumps talking about it because it’s really such an accomplishment. I looked it up, they’re only about 45 other golf courses in California that are ACSP certified. That honestly shook me to the bone.

“I am so proud that we are getting the message out that we’re doing something different than everybody else. We’re open about our practices and letting people know that we’re not just throwing out herbicides that can wind up in the rivers or the creeks.”

We would be proud to include you as one of our sponsors – thanks to Bill Carson at Wine Country Golf for his continued support – so if you care to get some details about being a sponsor of GOLF 707, email me atbmeadows4sports@aol.com