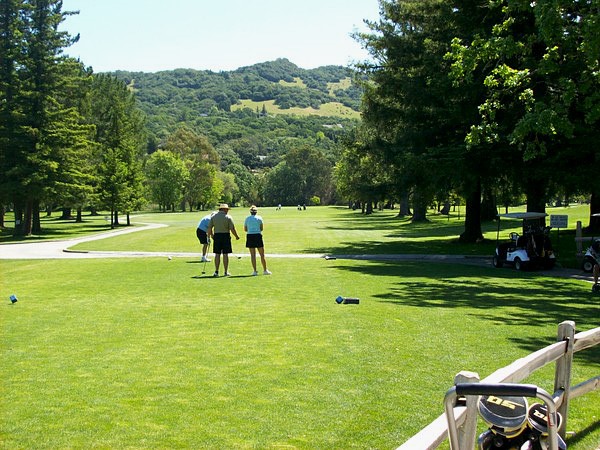 What’s ahead for Bennett Valley GC?

Bennett Valley Golf Course has been open to the public since 1970, but if some people have their way, it may not be open that much longer.

The City of Santa Rosa is planning to pay $150,000 for a consultant to study whether to “repurpose” – that’s short for tear out and replace – part or all of the BV complex.

Head pro Bob Borowicz, a Montgomery High grad who has been at the course in one capacity of another since 1974, would have been happy to offer his considerable opinion — for nothing, if he had been asked. But he wasn’t.

Borowicz, who found out about the details of a possible closure just recently, viewed the city council meeting and questions the sources of some “numbers” noted in the Press Democrat story.

As Bob indicated and I agree, numbers and statistics can be shaped – or repurposed if you will – to fit any situation.

According to the PD article, “surging demand for other types of recreational space, including playing fields, and a deep shortage of affordable housing in Santa Rosa have put pressure on city leaders to consider other uses for the 175-acre public property.”

The story also talked about a decline in annual golf course use over the past 20 years although golf interest seemed to bouncing back, and was further fueled by the pandemic and the lack of so many recreational options other than golf.

“I never thought it would get this far,” said Borowicz, noting that 60,000 golfers played at BV this past year. “If we close this course, where do all these people go?”

He said, and I most certainly concur, other area courses would be severely impacted should golfers not have BV has a choice. It would mean more businesses for other courses, but the question is: are they ready to handle that much of an increase?

Bob has reached out to local golfers for their thoughts and opinions on what should and should not be done.  Granted, appealing to golfers about the possible closure of a popular 18-hole course will probably not draw real objective comments, but everyone deserves to be heard. But will they?

Borowicz, whose current contract ends in 2022 – at which time he plans to retire – said no matter what is decided, should BV actually be closed, it could take some time.

The decision whether or not to engage a consultant will be made at a presentation by the city council, followed by a 90-day study period.

Borowicz said one of many options could be to temporarily shut down the course, presumably for a year or so, to make needed repairs in irrigation and other projects, and attempt to lease out the course or sell it . . .leasing seems a more realistic option.

That scenario would no doubt result in an escalation of fees.

He said courses in Palo Alto and other areas have endured similar shutdowns although it took considerable time to get them up and running again.

Borocicz added that repurposing BV to make it a 9-hole or a shorter executive course doesn’t make a lot of sense to him.

One of the reasons given for a surge this past year is obviously the pandemic . . . people who have never played have taken up the sport while others who haven’t played in while before other recreation activities were cut back, have dusted off their clubs and made it back out to the course or driving range.

Borowicz understands this reasoning, but adds “I think a lot of these people will continue to play.”

He says he’s very concerned but also optimistic something can be worked out so the only 18-hole public course in Santa Rosa will be not be shut down and 60,000 golfers won’t be shut out.

The Press Democrat published an editorial Sunday suggesting a reasoned approach to the situation, one that requires considerable thought and common sense.

There is no argument affordable housing is an issue, but do we need more softball, baseball or soccer fields at the expense of the only 18-hole public course in Santa Rosa.

Personally, I hope something can be worked out so Bennett Valley GC can be maintained. If you have an opinion – and I know you do – you can contact the city council or your own council person and let them know what you think.

The practice green at Fairgrounds Golf Course has been arguably – not by me because I work there !!! – one of the best in the area.

It featured a large green and two actual bunkers, and drew a lot of players to the course. It was a great place to work on your short game or get in some last-minute work before you started a round.

But, for a variety of reasons, including safety, we will be relocating the practice green to an area between the first hole and the existing putting green. This will allow golfers to practice bunker and chip shots in closer proximity to where they can work on their putting game as well.

The completion date for the new practice green – which will probably be larger — is uncertain although we will endeavor to get it done as soon as reasonably possible  In the meantime, half the putting green has been set aside for golfers to work on chipping. Bear with us . . . we think you’ll like it. 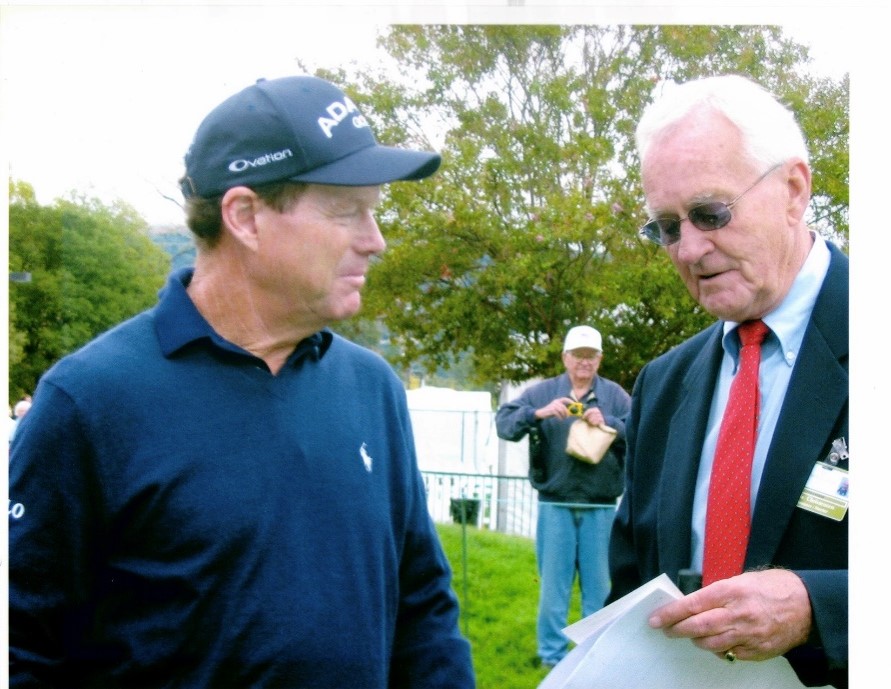 Haven’t heard from Chris Christiansen in a long time, so it was great to get an email from him after my last GOLF 707 column.

He had some good information, including some about a golf book he had proposed, but one particular item was one I wanted to share with you.  Will let Chris explain:

“I was one of the No. 1 Tee announcers for the 2005 Charles Schwab Cup at Sonoma Golf Club.

“For the pre-event round they asked me to loop for one of the players whose caddy hadn’t arrived, so I looped for Charles Sifford . . . what a super individual

“As announcer you get 3×5 cards for each player with a brief bio, and prior to introductions you ask the player if the info is correct. Will never forget what Tom Watson said when he insisted that I add something.

“I started with his PGA major events accomplishments, and the “from Lenaxa, Kansas, former Stanford Indian, Tom Watson.”

“Needless to say, there were a few in the gallery who didn’t like the comment and complained. Incidentally, the final round had Watson and Tom Kite tied for the lead at 208, with Watson shooting 64 and Kite 67. Still have copies of their scorecards!”

Thanks for your comments, questions and suggestions. I appreciate getting them and would like to get as many as possible. If you have information about anything golf-related, including upcoming clinics, activities, tournaments or sales, let me know. Even in these challenging times, I’d love to get the word out for you.

And if you have questions, complaints or compliments about golf in our area, I want to hear them.

We would be proud to include you as one of our sponsors – thanks to Bill Carson at Wine Country Golf for his continued support – so if you care to get some details about being a sponsor of GOLF 707, email me at [email protected]