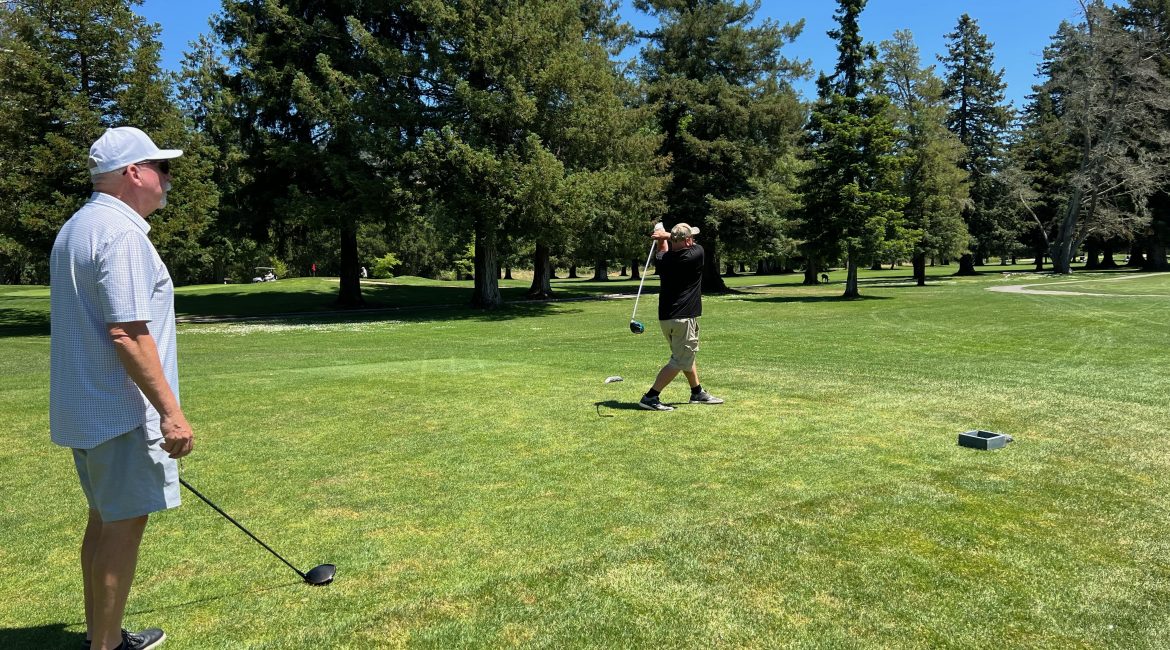 Bennett Valley, the only true public, 18-hole golf course in Santa Rosa, has been in the news a lot lately.

Through it all, hopes have been that the various plans – vehemently opposed by many “Save Bennett Valley” citizens – and not just golfers – will be shelved, that sensible minds will prevail, that someone will ride in on a white horse, or at least a golf cart, and save the day.

Well, the horse – or the cart – has arrived in the form of Touchstone Golf and a guy very, very well-known to Sonoma County, Greg Anderson.

Greg, a Cardinal Newman and University of San Diego grad who has worked in various capacities at many courses in Sonoma County as well as around the West, including Hawaii, will be taking over as General Manager when the current operators’ agreement expires July 1.

Anderson, a Level 1 Sommelier, also found time to develop Golf Vino, a unique golf and wine experience for clientele and a nationally recognized operation, as well as the Greg Anderson Golf Academy, which taught more than 1,000 students a year.

Oh, and developing Next Level Golf and Fitness, which is still up and running.

The man has kept busy, and will now channel his energy into overseeing BV and improving all he can about the operation.

“I’m excited to be associated with BV because of its wonderful history as a club since 1969,” says Greg. “I played there as a junior when it opened.”

He is quick to acknowledge he and Touchstone will face challenges, but Greg insists they are up to the task.

Among those challenges are the irrigation and drainage systems, “opening a restaurant after it has been closed for 2+ years (including hiring a food and beverage manager, executive chef, sous chef, bartenders, wait staff and director of sales and marketing)” and dealing with the current economy with concerns for gas, the cost of labor, turnover and retirement.

“We will be working, in conjunction with the City of Santa Rosa, to make the course more playable, even in bad weather,” says Greg, 62. “It’s one of the best muni courses around and we want golfers to feel that way when they drive into the parking lot.”

As far as food services, Greg hopes to have something up and running in two weeks or so, and to have the restaurant operating in the near future.

“We will be posting jobs we want to fill soon,” said Greg. “I’ve been associated with the hospitality business for a long time . . . people love it (the restaurant) and we will be doing what we can to fill positions and open as soon as reasonably possible.”

Among the many issues Anderson will address is hiring – or maintaining –staff at BV, which includes longtime employees Jim Knego, Don
Ballard, Steve Tiedemann and Bob Borowicz.

“These guys were role models for me,” said Anderson, whose father was a coach at Slater Middle School.

Borowicz, the longtime “face” of Bennett Valley golf who retires July 1, will stick around to help with the transition. It’s tough to imagine BV without Borowicz . . .or any of that fabled foursome.

“The city did an excellent job of soliciting the right group,” said Anderson. “From what I understand there were 22 groups that initially showed interest and five who submitted bids . . .three were interviewed and one was selected to assume the management agreement.” 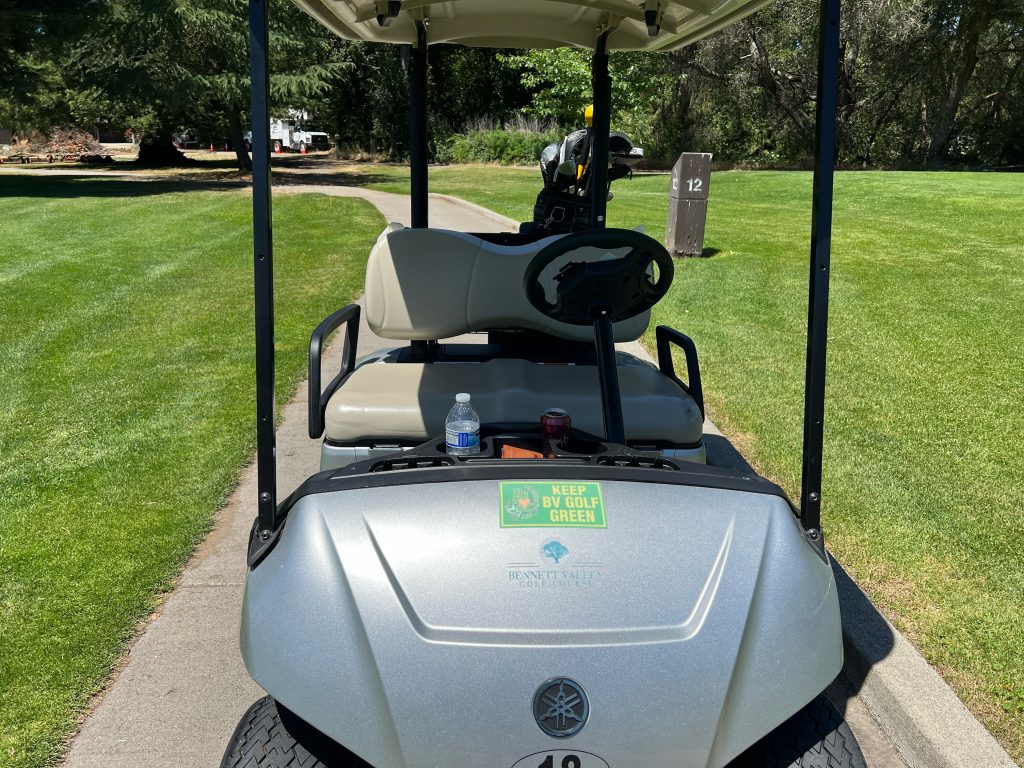 Anderson has known Touchstone CEO Steve Harker “since a week after I graduated from college . . . he interviewed me to work for American Golf on May 24, 1983 and I started my AGC career on June 15.

As far as rates – including rate increases – Anderson said the city sets the rates so that is something to be discussed.   He said BV will probably re-institute resident and non-resident rates in the near future.

“There are many factors these days that affect a lot of businesses,” said Greg. “Increased fuel costs (for mowers, etc.) is just one of them.”

He explained that using a mower that might have cost $40 a day to run a few years ago now can cost as much as $90, but again, being a city-owned course, those concerns are shared with the city.

Anderson said being a person with local roots, including strong ties to Bennett Valley, no doubt played a role in Touchstone bidding for the BV management agreement, but he said the course was the type of facility that Touchstone has a history of adding to list of acquisitions.

“A municipal golf course is city-owned so a lot of communities are dealing with whether or not to keep them open,” said Anderson. “This property is worth a lot and the city took a long, sensible look at the situation.”

According to course literature, Bennett Valley GC, which opened in 1969, is a 150-acre, 18-hole layout with a driving range, pro shop, and restaurant with banquet rooms located in southeast Santa Rosa.

The course is par 72, 6,500-yard course  built in 1969 on heavy clay soil. Considered a fair-weather course, it is often unplayable in rainy weather due to the soil type and other site characteristics.

The course has an unlit driving range with multiple tees, natural turf and artificial pads. There is a restroom mid-way through the course and multiple pedestrian bridges in need of repair and updating.

The restaurant/event facility building was in continuous operation from 2005 until December 2020 when it was closed due to pandemic restrictions limiting and eliminating indoor gathering.

Here are the thoughts of Craig Harrison, Editor of VOICE:

“Thanks to a public outcry and the formation of the 4,000-strong grassroots advocacy group Save Bennett Valley Golf Course, the prospect of redevelopment of some of the golf course property into housing is remote. The Santa Rosa city council seems responsive to the public it serves, and is trying to improve the golf course and park, and resurrect the restaurant and event center.

“A request for proposal to assess the golf course and solicit interest in operating it is expected to be approved by the Santa Rosa city council in mid-August. The committee has invited Save Bennett Valley Golf Course to participate in selecting a member of the golfing public to serve on the selection committee for the new operator. Also under discussion is the possibility of a “pop-up” restaurant to operate for about 6 months until a new operator is selected and can commence operations.”

Adds Anderson, “I think the strong public reaction made a world of difference . . . the drive never got off track,” said Anderson, married (Lori) with a son (Rich) at Santa Rosa JC.

So as of July 1, there will be a very familiar face at Bennett Valley and Anderson is enthusiastic about the future.

“For me, it’s been a matter of coming full circle,” said Greg, whose father was a coach at Slater Middle School. “I’m very excited . . . for myself and for golfers who love Bennett Valley.”

And golfers would seem to have good reason to feel the same.