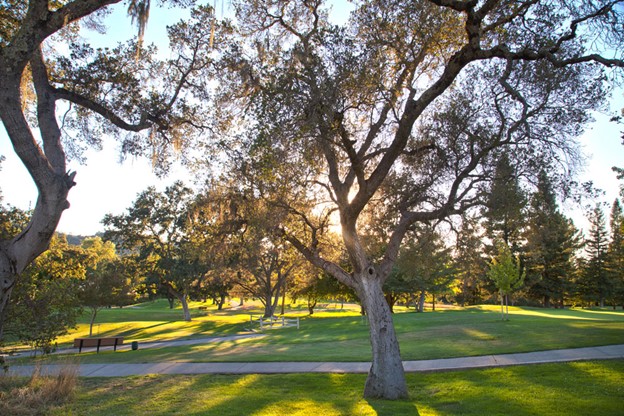 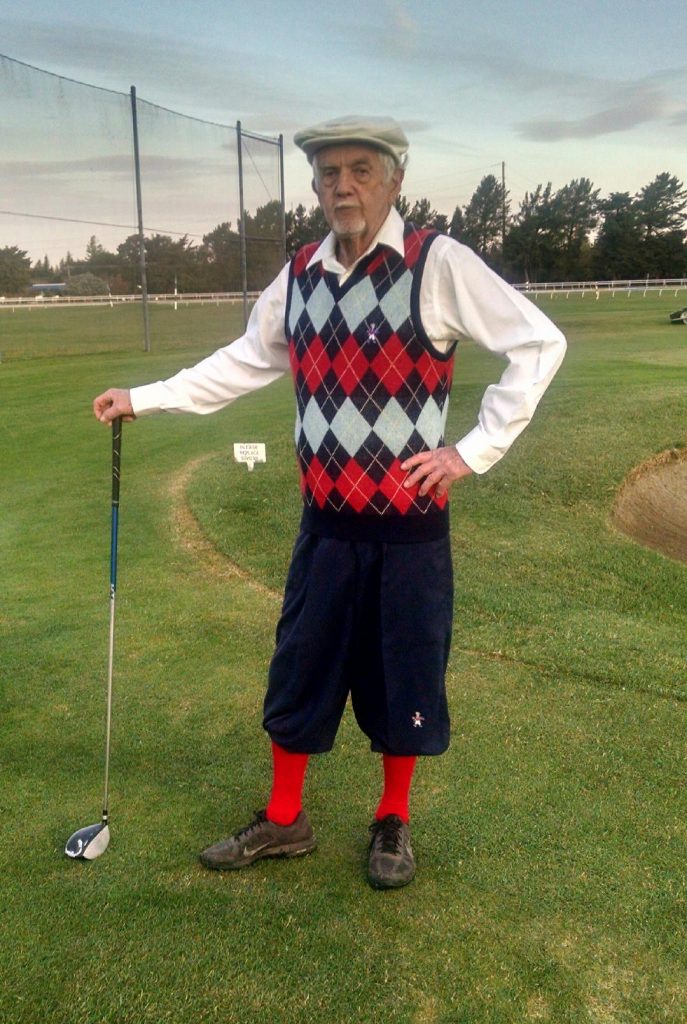 Bennett Valley Golf Course, the only truly public 18-hole course in Santa Rosa, is being considered for closure by the Santa Rosa City Council.

There is a long way to go before the course is indeed closed – permanently or temporarily – but the suggestion it might be has gotten the attention of local residents, not all of them golfers.

If you have some thoughts or comments I would love to hear from you. Email me at bmeadows4sports@aol.com 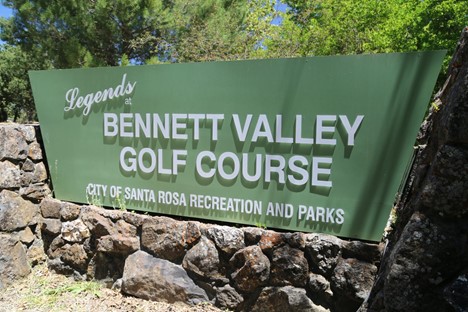 I wrote about Bennett Valley in my last GOLF 707 and got some interesting responses.

Here are just a couple I received:

“Great article, 60k rounds for an 18-hole is unbelievable. I was a GM of 8 different courses over the past 40 plus years: 18, 27 and 36-hole facilities, military and civilian. How they can they maintain BV as well as they do?

“We get very poor support from the City. The people not asking Bob (Borowicz) for his thoughts is terrible.

“I was at Hidden Valley GC and the owners did the same . . . crazy people.

“I’ve noticed all the articles or notes on the BV situation have never mentioned the Adobe GC situation. It has been sitting vacant for how many years now? No new homes, no 9 holes, nothing. Can this happen at BV?

“Yes, we live in a new world, single-cart riders, masks on, no food, no shooting the breeze after the round. Golf will survive with our help and the help of our fellow club owners, pros, superintendents, managers.”

“I wrote to each member of SR City council expressing my opinion that our Bennett Valley golf course is a wonderful golf course that adds much to Santa Rosa.

“I agree with Bob B. that a good upgrade at Bennett Valley would be a good idea, but closing it for good makes no sense.

“What about the greenway between Yulupa and Summerfield Road for a swim center, soccer fields, cafe’s and some housing?”

Here is a Save Bennett Valley Facebook post by Monica Borowicz Cheney, Bob’s daughter and an outstanding golfer:

“Don’t mean to be insensitive here, but I’m a tad confused. Adobe Creek Golf Club has been closed for quite (years) a while now.

“Is it being up-kept? Used? Are there plans for it, or that space?

“Obviously I have no idea, but to my current knowledge . . . no?

“I’m aware that it’s in Petaluma, but if whoever it is “needs” to demolish a golf course for the sake of whatever

“good reasons” then why not go for the golf course that actually hasn’t been in-use and just sitting there deserted for years?

“Leave Bennett Valley Golf Course alone (or use funds to make it even better as a golf course).

Bob, who has been affiliated with BV since the early 70s, was diplomatic but also very concerned. He will retire next summer but doesn’t feel closing the course is a good idea for many reasons.

Despite his long-time presence at BV, he was apparently not consulted prior to the council looking into hiring a consultant to look into the prospect of “repurposing” the property on which the golf course is located.

Many local people feel the same way and have flooded city council with email, etc. The BV web site provided the council contact:

According to the web site: “Please voice your concerns by contacting the powers-to-be via email at citycouncil@srcity.org,

Or check the Save Bennett Valley information posted on Facebook

This is information I received from Youth on Course, a program that is part of the Northern California Golf Association and one I strongly support.

For a nominal annual cost, it provides youngsters an opportunity to play golf at greatly reduced rates, and most courses belong to the program.

As an example, while our junior 9-hole rate at Fairgrounds GC is $6, YOC members pay just $2.  Different courses charge different fees but they are all considerably lower than the normal junior rate.

This is from YOC regarding clubs for kids:

“Golf, unfortunately, has earned a reputation for being expensive to learn and to play, and while the costs can add up there are ways to find gear and equipment, get lessons, and play the game more affordably–you just have to know where to look.

“Golf clubs are often one of the largest investment families make for their kids. For a player under the age of five or six, a new set of peewee clubs may cost $150 or more while a full set of name brand clubs for your teenager could run up to $2,000. While golf clubs are typically sturdy and last a long time the moment your child grows an inch or two taller their clubs unfortunately no longer fit their height.

“We’ve put together a few tips to help with stretching your dollar that will keep you and your kids enjoying more golf, without the sticker shock: Here are a few tips for finding the right golf clubs for your kids and your budget:

“Search Online – Apps like Offer Up or on Facebook Marketplace are a great place to find pre-owned golf clubs for kids at any age. Before you begin your search however, be sure to consult a golf professional to determine out what length and weight specifications you should look for, then do your best to find something comparable to their recommendations.

“Trade-in or Trade Up – Online golf retailers like PGA Tour Superstore or manufacturers like TaylorMade have trade-in/trade-up programs that offer a credit or cash for your used clubs that can be applied towards the purchase of new equipment. Some golf pros even offer similar programs and many courses collect and sell used clubs in their Pro shop.

“Buy Clubs that Grow With You – EPEC is a new golf equipment company that recently hit the marketing place and offers a unique solution to the issue of kids quickly outgrowing their clubs. They’ve figured out a way for a young person’s set of golf clubs to actually grow as they do. EPEC’s clubs have an interchangeable weight and shaft system that’s based on your junior’s height (with suggested ages ranging from 4 to 14). It’s an economical choice of golf clubs that can save more than 40% over their lifetime compared to traditional sets of clubs.

“Buy Just a Few Clubs at a Time – Keep in mind that you don’t have to purchase a full set of clubs for your kids all at once, especially when they’re just starting out. Take a page out of LPGA Player Annika Sorenstam’s book whose parents split a set of clubs between Annika and her sister. Annika got the odd-numbered clubs, her sister Charlotta got the evens.

“While these are a few simple tips for saving money on golf clubs, they’re certainly not the only tricks in the book. What other ways are you finding to cut costs on golf clubs for your family? Email us your advice at contact@youthoncourse.org and you may see us add it right here.”

I would add that used sporting goods outlets such as Play It Again Sports or reliably locally owned golf shops such as Strong’s Golf on South A Street are a good place to find clubs for kids at reasonable prices.

And over the years I have found surprisingly good clubs for kids – and adults — at local charity shops like Goodwill and The Salvation Army. And don’t forget about garage or estate sales.

Ely Ziemer, age 9, recorded a hole-in-one on a 100-yard hole at Fairgrounds GC a few weeks ago.

Playing with his dad, Chris, the young lefty used a 5-iron to accomplish what a lot of golfers have never achieved.

I recall my first ace came just a few months after I started playing. I was in my 20s and a pretty bad golfer.

I recall the hole was an uphill par-3 190-yarder at Blackberry Farm in Cupertino, and I hit an incredible slice – my playing partner claimed it had to have gone over an adjacent parking lot — that started left and dove to the right.

We figured the ball was way right of the green, but my playing partner, after helping me search in vain, looked in the cup, then asked me what ball I was playing.

I reluctantly admitted it was a cheapie I I bought at a Payless Drug Store.

Ely’s gem made me think about holes-in-one, who is more likely   to get them, how rare are they, etc.

I came across some information online and wanted to pass it along to you.

Hitting a tee shot and finding the bottom of the cup with your first swing is an accomplishment all golfers aspire to. While a hole-in-one is not a common occurrence, particularly for amateur players who typically do not have the pinpoint accuracy pros do, it is not an impossible goal, with hundreds made every day.

A hole-in-one is a rare feat the average amateur golfer will likely never achieve in their entire career.

Golf Digest and the National Hole In One Association estimate that a tee shot hit by an amateur golfer on a par-3 goes into the hole one out of every 12,750 times.

In the course of a round, there are several instances where a player could tee off with two different balls on a hole and have the second ball go in. Whether a player has recorded a legal hole-in-one will come down to the circumstances.

If the player is striking a second ball because their first might be lost, it’s not a hole-in-one but a fairly impressive par counting the second shot and a penalty stroke.

If a provisional ball goes in and the first ball is found, the second shot doesn’t count. If a player hits a second ball into the hole because the first struck overhanging wires or broke into pieces on a cart path, then it is a legal hole-in-one.

With the odds of making a hole-in-one so astronomically high, it is not surprising that many players do a great deal of celebrating. The ball is usually not played for the rest of the round and is then used as a part of a plaque or trophy celebrating the event.

If a camera is present, the player often has a photograph taken of him removing the ball from the hole. The first round of drinks at the 19th hole is customarily bought by the player who scored the ace.

What constitutes a valid hole in one?

The Rules of Golf do not address the issue of the validity of a hole in one. The USGA recommends that a hole in one be considered valid: