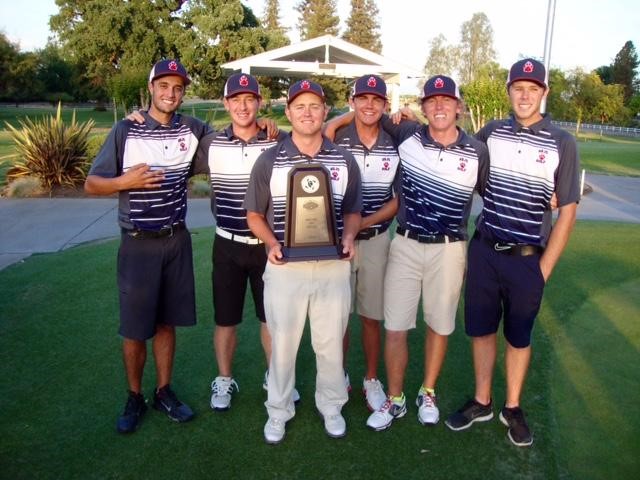 Golf, with a long history at Santa Rosa JC, has been discontinued and a lot of people are not pleased with the fact it was scrubbed as well as the way it was done.

Longtime coach Dave Herrington, who played for the Bear Cubs for two seasons in the mid-60s and then competed for Sonoma State, has been affiliated with the Bear Cub golf program since the early 1980s, taking over as head coach from Len Read in 1998.

Dave has been told that the decision had to do with money, and he understands that . . . he just wishes he had been told sooner.

“We had to make some hard decisions all over the district last year.  The district has been dealing with a decrease in enrollment that will eventually affect SRJC’s funding, which is currently being held stable by the fire waiver.

“The District is facing a budgetary deficit and the college is mindfully reviewing its core offerings to ensure that funds are utilized as effectively as possible to support student success. The district collectively decided to move away from certain offerings, while at the same time bolstering areas that support students.

“One of the difficult decisions we’ve made is to put the men’s and women’s water polo and the men’s golf teams on hiatus for the time being. This was primarily done due to low numbers on these teams. We are not considering any additional cuts to other athletics teams at this time. We do have hope that we will be able to bring these teams back in the future.”

Of concern to Herrington is the fact he continually inquired about the future of the program, but was told, in effect, that nothing had been decided and to basically, “let’s wait and see what happens.”

He doesn’t fault Markovich, who no doubt was doing his job, following orders. My opinion: Matt was caught in the middle of a situation and did what he was told to do, perhaps not what he might have preferred to do.

Herrington said that had he known earlier the program was in jeopardy, he would have explored the possibility of offering men’s golf as a club team, which would have allowed the Bear Cubs to compete on a limited basis, and equally important, kept golf alive on campus.

Following the October 2017 fires, Herrington lost four players for various reasons and last year’s team was not as competitive as it usually is . . . the Bear Cubs recently finished third in the state twice, in 2015 and 2016.

“The level of play goes up and down, not uncommon,” says Herrington. “This past season was tough . . . we had a number of players come out who were not as competitive as players we have had in the past.”

Next year appeared to be on the right track, Herrington noting he had spoken with half a dozen players and their parents who were preparing to sign up, plus had six or seven returning players. Herrington said calling those people to explain the situation was difficult.

“I finally found out in May that we wouldn’t have a team next season,” says Herrington. “We would have had plenty of competitive players.”

SRJC has produced numerous good players over the years, some of whom have moved on to four-year schools, others who turned professional.

Here’s a few reactions from names you probably know:

Jason Schmuhl, head pro at Windsor GC: “I was extremely disappointed when I heard that the SRJC was going to be eliminating golf. I have such fond memories of playing golf there. The JC has had a great program for a long time and a lot of really good players have played there. When I had the honor of being put in the SRJC Hall of Fame it meant a lot to me. I am hoping that this is a temporary thing and the program comes back. Several people that played for the JC have contacted me about this and we all feel the same way.”

Jim Knego, Bennett Valley pro: “I was quite disappointed to hear about the SRJC golf team.  Lots of excellent players went through the program.  Hopefully some day they can get it going again.”

Daniel Stewart, teaching pro at McInnis Park in San Rafael:  “Of course would love to help and hopefully save the program in some way . . . terrible news, couldn’t believe it . . . just let me know what I need to do.”

Jess Stimack, Bennett Valley pro: “The SRJC golf team has opened hundreds, if not thousands of doors for student athletes to continue their competitive playing careers, or even proven to be an important step in starting their professional career. I am absolutely blown away that there was no attempt to save the program. If Cal Baseball can be brought back to life, then, in my eyes SRJC golf could have very easily been saved. SRJC Golf Alumni are everywhere in this community and in neighboring counties, and a lot are in positions to help, whether it be financially or through fundraising support. As a high school golf coach (Montgomery) in Santa Rosa, I am devastated that my graduating seniors will not have the opportunity to play for the Bear Cubs. The only tie I have to the program was being able to watch my former high school players grow and mature at the next level. I can’t imagine how the former players feel. Well, actually, I know how three of the most prominent and successful alumni feel. A ton of history is behind this program, and I am sad to see it go down with no effort to save it.”

Patrick Steiner, Windsor pro: “It’s terrible that they are no longer having the golf team for the SRJC.  Playing golf at the SRJC provided me with some of my favorite memories as a golfer. I got to travel around Northern California with a group of good golfers and play for our JC. We went to the state championship one year and took second place, so that was cool. I just think golf in this area is kind of going downhill in terms of junior golf and such. Hopefully SRJC golf comes back soon because it’s a great program!”

There is obviously hope that the program will be reinstated at some point, depending in part on the enrollment and interest in the men’s golf team.

“Changing it to a club team would have involved fund-raising, which is always a challenge, but I think we could have done it,” explains Herrington, a Montgomery High grad. “Plus, it would have kept men’s golf alive, allowed the team to compete and maintain a golf presence at the school.”

He called the team being discontinued “a disappointment, for me and a lot of others . . . I understand the financial issues, but it’s still difficult.”

He adds that discontinuing the program will no doubt have an effect on future students who were hoping to continue their education at Santa Rosa and hopefully play on the men’s golf team.

For plenty of prospective students, four-year colleges are not an immediate option, often for financial reasons. Community college is a reasonable path for them, and the chance of competing in a sport they may be good at is attractive. One of my daughters is a good example . . . she played soccer for the Bear Cubs then transferred to Sacramento State.

The way I see it, golf is a sport a man or woman might play for a lifetime. It’s not like football or baseball, etc. If you play as a youngster, good chance you will continue to play and enjoy the sport.

The program is officially “on hiatus,” which sounds like another way to say “don’t call us, we’ll call you,” but there’s always a chance.

I don’t question decisions based on financial conditions . . that’s something most all of us deal with on a regular basis.

But to see a successful program, one that benefits youngsters now and later, scrapped just doesn’t set well with me. Like others, I hope the program can eventually be restored. What do you think ??? 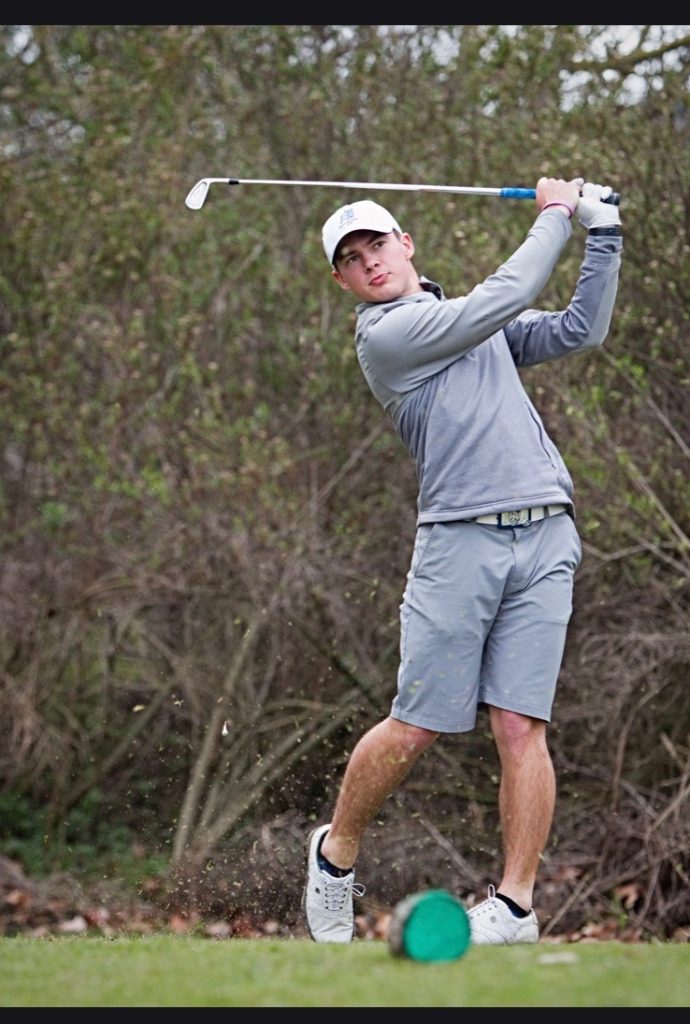 The event is geared towards fulfilling the commitment of $40,000 to subsidize SSU Student Athletes’ education, according to SSU head coach Val Verhunce.

Tom Isaac is reminding golfers to “save the date” for the 11th annual golf tournament to benefit the B’nai Israel Jewish Center.

The event is scheduled Sunday, Oct. 13, at Foxtail North GC in Rohnert Park.     The tournament will be followed by dinner, with Tom planning to get more details out in the near future. That includes the entry fee, with “your entire contribution going to the B’nai Israel Jewish Center.”

For more information or to sign up, go to golfwithjessica.com

Thanks again for comments, questions and suggestions. I love to get them and would really like to get more. If you have information about anything golf-related, including upcoming clinics, activities or tournaments or sales, please let me know. And if you have questions, complaints or compliments about golf in our area, I’d love to hear them.

If you have a golfer you know who you think would make an interesting story, tell me about it and I will take it from there. Having trouble with your game? Let me know what it is and I’ll try to get an answer

for you from a local pro. And if you have any thoughts on the pending Oakmont GC sale, let me know what you think.