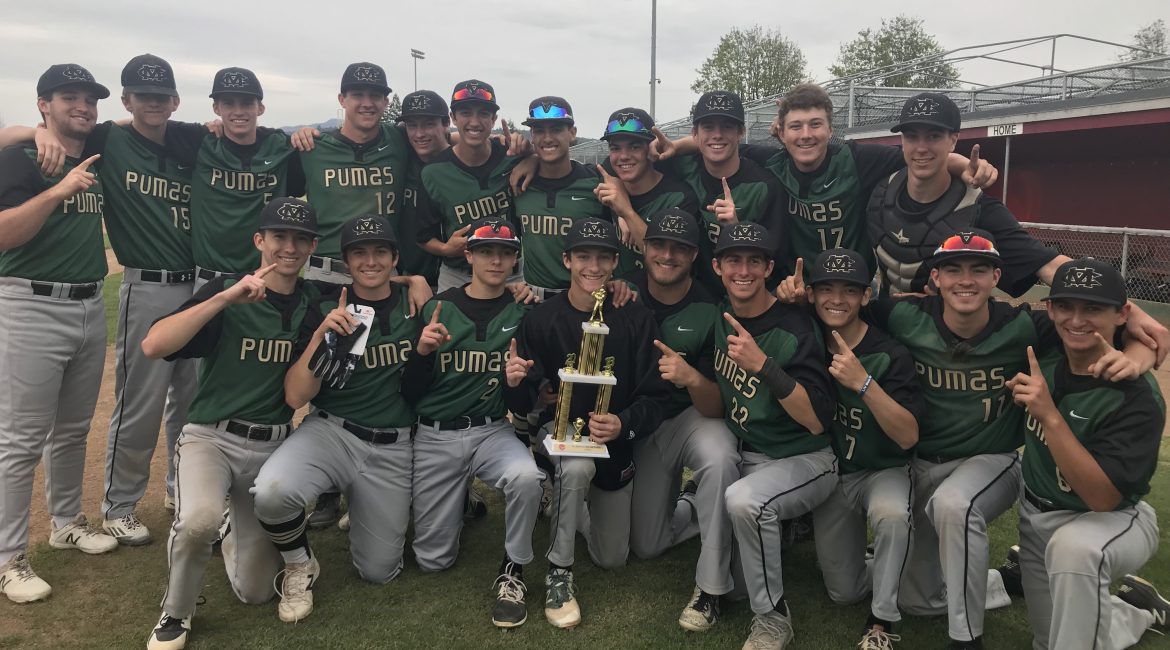 It was a windy and overcast Wednesday afternoon, but that didn’t stop Maria Carrillo from shining in the championship game of the 2018 A.L. Rabinovitz Tournament. The Pumas took advantage of back to back three run innings in the fourth and fifth to seal a 9-2 victory over Chico High School.

Carrillo’s Starting Pitcher Bryce Cannon (So.) threw 5 1/3 innings, recording two strikeouts and one walk, only surrendering one earned run in the process. Cannon’s run support came in large part from a trio of Juniors; Cody Kent, KC Kelly and Chris Latorre, who all put up 2 RBI’s respectively.

Chico tried mounting a late game comeback, as Carrillo’s Zeke Brockley (Jr.) entered for relief duty with the bases loaded and one out in the bottom of the sixth. However, Brockley picked up where Cannon left off, he recorded a strikeout and induced a groundout to get out of the jam.

Senior Pitcher Tanner Leavitt took to the mound in the bottom of the 7th to finish off the game. Chico managed to scratch across one run and had a man on first with two outs, but the attempt was thwarted when a screaming groundball bounced off KC Kelly’s shoulder at short and right to a covering Connor Charpiot (So.) at second to end the game.

The Pumas won their first Rabinovitz Tournament since 2003, in what Tournament Director Mickey Rabinovitz described to the crowd in the postgame ceremony as; “the strongest group for a tournament in years, possibly ever”. Carrillo’s All-Tournament selections included Connor Charpiot and Chris Lattore, while Bryce Cannon voted as the Most Outstanding Pitcher.

The victory yesterday gave Maria Carrillo their 7th win of the year. Their next game is scheduled for April 11th, when they take on Casa Grande in Petaluma.