YSN 365 > News > Basketball > “Moment of clarity”: Overcoming adversity on and off the court. 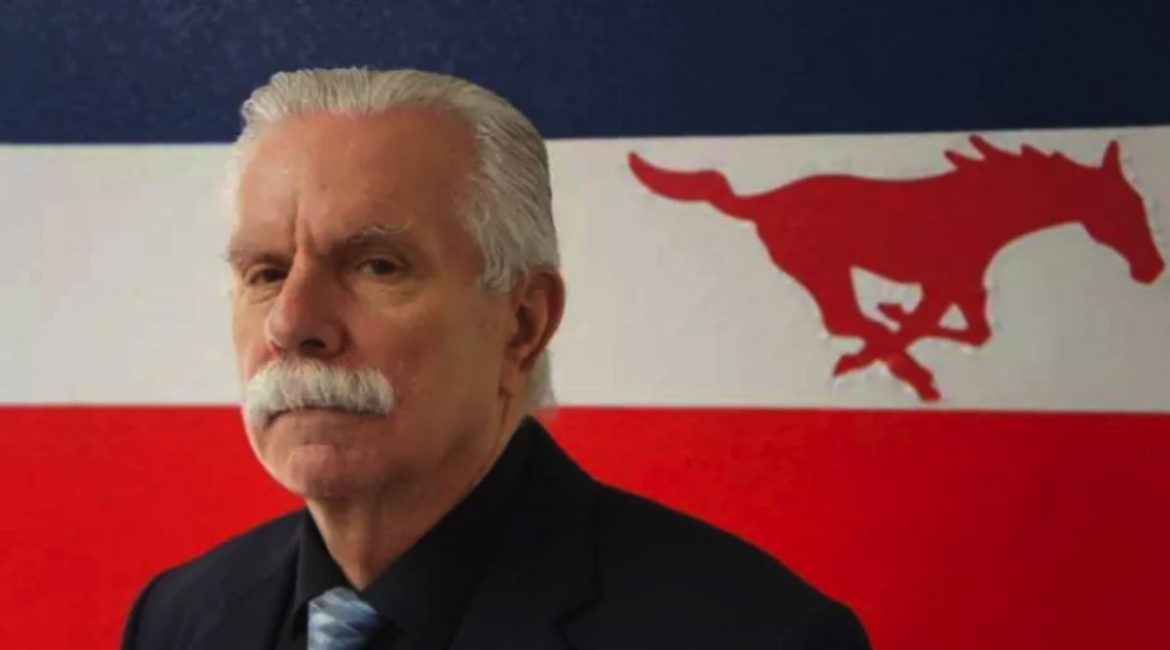 It’s March 10, 1996, and Tom Bonfigli has just finished up his first season as the head varsity boys basketball coach at Justin Siena High School. He was named Coach of the Year in the Superior California Athletic League.

He struggled with an alcohol addiction, and that night would change his life forever. Bonfigli was arrested for driving under the influence and spent a night in the Sonoma County Jail. While sitting in that jail cell, he had what he called his “moment of clarity.”

“I was involved in some pretty intense prayer with the blessed mother that night,” Bonfigli said.

He would then go through an inpatient program and attend 90 alcoholics anonymous meetings in 90 days. It was the first step toward changing his life for the better.

“Through the grace of God, I got through that in pretty good shape,” Bonfigli said. “It was a difficult time in my life, but it was also a good time because it put me in the right direction.”

Bonfigli graduated from Cardinal Newman High School  in 1971. He had plenty of success on the court as a prep athlete but also starred on the football field, going a perfect 18-0 as the Cardinal Newman starting quarterback in two seasons.

His Catholic faith was always a big part of his life. He attended St. Rose Elementary School and served as an altar boy at mass. He said he could recite the entire mass in Latin when he was in third grade. His mentor was his old basketball coach, John Fitzgerald, a devout Catholic who had a big impact on his life.

Bonfigli was hired to be Cardinal Newman’s varsity boys basketball head coach in 1980. In 14 seasons, he compiled a 280-103 record. There was a clause in his contract that stated he could not drink alcohol. Just prior to the 1994-95 school year, Bonfigli was called into then-Newman principal Tom Beecher’s office, and was asked if he had anything to drink over the summer. He answered that he did at an off-campus function.

He was immediately fired.

“I respected their decision, but I did not agree with it,” Bonfigli said. “That was an opportunity for me to make some changes in my life and it was kind of a wakeup call.”

A little more than a year later came that moment of clarity. Since  March 11, 1996, Bonfigli has not had an alcoholic beverage. He’s prayed the rosary and attended mass every day.

“Since I’ve achieved my sobriety, I think I’m the best version I can be on a daily basis,” Bonfigli said. “I’m much happier with the person I am modeling for my kids, students and my players, and it’s been a long journey but it’s been a good journey.”

Bonfigli is occasionally asked to speak at events regarding alcohol addictions and gladly accepts those invitations. He wants to help others going through addictions so that mistakes are not repeated.

“Stopping is one thing but to actually develop a healthy lifestyle without it takes a lot longer than just stopping,” Bonfigli said. “The process is a lifetime process and you’re always one mistake away.”

That healthy lifestyle has led him to teaching vocations to seniors and the testaments to freshmen at St. Vincent de Paul High School. He’s living out his faith and now teaching it where he loves: in a Catholic school.

“If you don’t live it, it’s hard to teach it,” Bonfigli said. “Our kids know the difference between genuine, authentic and phony.”

In his second season, after being re-hired, he led them to a 28-2 record. By 2012-13, he had perhaps his best team yet. The Cardinals began that season 10-2, then went on a 19-game winning streak. Just four of those 19 wins were by 10 points or less, including all three matchups with arch-rival Montgomery. In their quest for 20 in a row, they were stopped by the No. 8 team in the state and No. 39 team in the nation, Salesian, in the NCS championship game, 65-34, although the game was within single digits at the half.

Three more victories put them in the CIF state championship game at Sleep Train Arena in Sacramento. They fell to Pacific Hills from Los Angeles, 58-52, to conclude a 32-4 campaign.

Bonfigli won his 800th game on Dec. 12, 2019 in a 70-50 win over Maria Carrillo in the opening round of the Rose City Tournament. It was a signature moment for Bonfigli not just because it was a milestone victory but because of the support that he received from many of his former players.

His brother, Jerry Bonfigli, says it’s always been more about the relationships than the wins and losses.

“The greatest thing was when he won his 800th game, guys from his first team and up through the previous year’s team came back to support him and congratulate him,” Jerry Bonfigli said. “That was due to the relationships he had built throughout all those years.”

Jerry Bonfigli has been with his brother every step of the way, and they both have developed lifelong relationships with their former players and students.

“About a dozen people from Tom’s {Bonfigli] first team at Newman came up to him and introduced themselves and some people came and said they had an economics class with him,” Jerry Bonfigli said. “And then he would tell them what grade they got in his class or how many points they scored in their careers. Those kinds of relationships you keep forever throughout the generations and that’s been my biggest fun with being involved.”

After that game, Tom Bonfigli received an email from Washington D.C. While it was not from the president, it came from one of his former students, Robert O’Brien, who was serving as the United States National Security Advisor. The email read: “Congratulations on winning 800, good luck on your way to 1,000.”

Later that season, Cardinal Newman would stumble down the stretch, eventually losing five of their final six games including a loss to Montgomery in the NCS Playoffs.

Following the season, Bonfigli felt undermined by the Cardinal Newman administration and declined an offer to return to the school for a 14th year. He ended his second stint at Newman with a 311-91 record in 13 seasons.

“I love the vision that Pat Daly has. His vision of a Catholic school is very similar to mine.” Tom Bonfigli said. “I enjoy the fact that I can freely share my faith as a coach, teacher, and mentor. You only teach kids effectively when you actually do as you say.”

Throughout the COVID-19 pandemic, the Mustangs held occasional workouts but could not do so consistently due to changing restrictions. Once the season got underway in April, they only won two of their 11 contests.

“It was really tough with the pandemic, we couldn’t coach them in the offseason, we have three-sport athletes, and we didn’t have the proper base going into our season,” Tom Bonfigli said. “The kids stayed committed considering I had guys playing basketball and baseball at the same time and they could not be in practice for either sport because they were always playing games.”

His style of coaching brought quite the culture change from previous coaches at the school. His old-school, no-nonsense approach has taken some getting used to with the players.

“We will need more guys to get used to the way he coaches and that will put us in a better spot,” sophomore guard Hudson Stipp said. “If we can be consistent throughout practices and games and keep doing what’s working for us, we will be successful.”

Assistant varsity and head junior varsity coach Nick Iacopi, who has been coaching basketball for two decades, has taken note of the different style of practice Bonfigli runs.

“It’s been very educational, and I’ve learned a lot especially at how structured his practices are,” Iacopi said. “He holds kids accountable and makes them aware that the way he teaches is the way we do things.”

As someone who has coached against and now with him, Iacopi always knew what to expect from Bonfigli’s teams.

“He’s very detail oriented and when I coached against him, he reminded me a lot of my father [Ed Iacopi],” Iacopi said. “When we played his teams, we always knew we were in for a dogfight.”

Bonfigli, who has overcome adversity his entire life, did it again. Going into their final game of this season at 1-11, the 220-student school defeated Rancho Cotate, which houses 1,505 students, 45-42 on the road.

“I was most happy for the players and parents because we hadn’t had a lot of success and it was a long season with plenty of adversity due to the pandemic,” Tom Bonfigli said. “It was difficult for parents and athletes but the response by the players after the game validated that if you can work through things together that you can ultimately be successful. It’s a step in the right direction.”

“We can and will build something special at St. Vincent’s,” Tom Bonfigli said.

Tom Bonfigli sits at 818 career wins, ninth all-time in California high school basketball history. He is 11 wins behind Lou Cvijanovich from Oxnard and 14 behind Tom Orlich of South Lake Tahoe.

“Through the grace of god I am healthy and still enjoy it,” Bonfigli said. “At this time there are no plans to stop coaching, but you can’t predict the future. I still enjoy coaching basketball.”