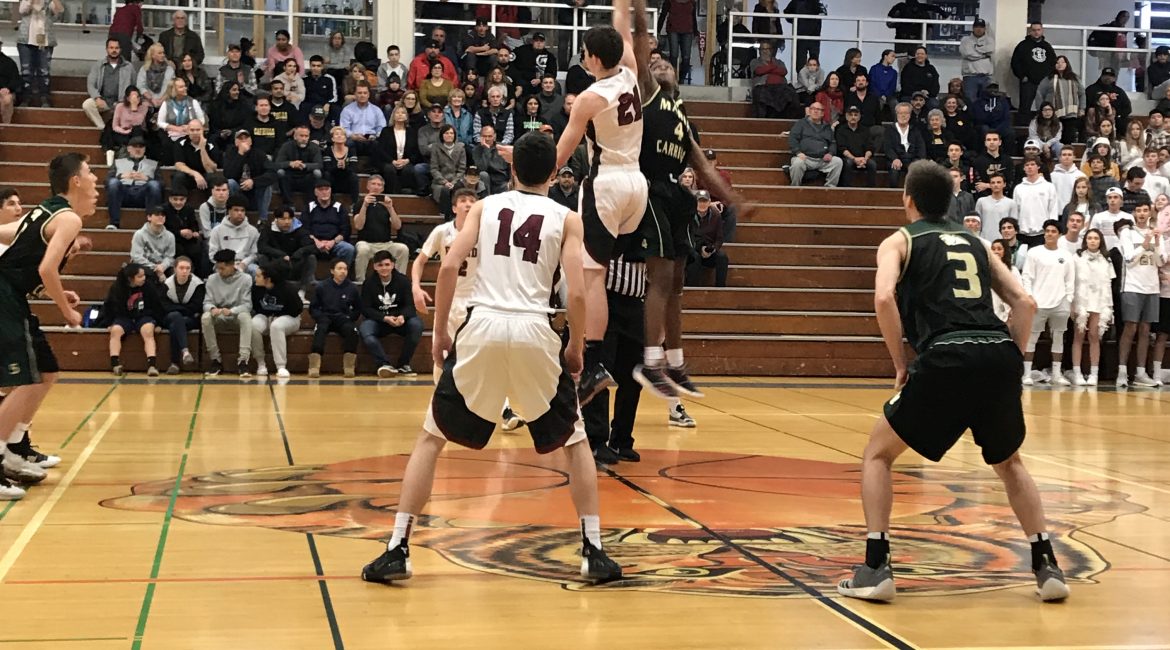 Analy High School played host to the NBL Redwood Championships. Rancho and Piner would get things started in the girls’ championship game while Healdsburg and Maria Carrillo would wait to wrap up the evening in the boys’ championship.

Rancho Cotate would open the game in a 3/4 court press that allowed the Cougars to force early turnovers and take a 12-6 lead into the second quarter. Rancho’s 3/4 press turned into a full court press and within two minutes they were up 20-6. The Cougars’ Keyonee Neal (Fr.) would score five of her thirteen points in this span and things continued to work in Rancho’s favor as they had no problem cutting up Piner’s 2-3 zone—extending the lead at one point to 17. Both teams would enter the bonus with three minutes left in the half and free throws became a trend with both teams going 1/3 at the line respectively as the Cougars led the Prospectors at half 27-14.

Rancho would distance themselves in the third. The charge would be led by Kierra Johnson (Sr.), who scored six of her thirteen points, and Makenna Menton-Porter (Sr.), who made five of her eighteen points. The Cougars would take a 46-25 lead into the final quarter where Piner’s Sarah Tait (Fr.) would net six of her fifteen points. But Rancho’s full court press would continue to be the difference maker down the stretch.

Healdsburg’s offense was the story of the first half. It was efficient and ran through forward Trey Chapman (Sr.) who scored ten of his seventeen points. Carrillo’s offense was rather nonexistent in the first quarter and they were fortunate to be trailing by only six points. Jack Balestrieri (Sr.) scored five of the Pumas six points in the second quarter, as they tried to get something going, but still trailed going into halftime 24-12.

The Pumas offense would come alive in the third. After a technical foul on Healdsburg’s Willem Ridder (Jr.), Austin Ehrlicher (So.) would make both technical foul free throws and then proceed to hit three 3’s in four minutes. Ehrlicher would add another two from the free throw line after Healdsburg’s Chapman was hit with a technical foul of his own. Chapman would have to take a seat on the bench with four fouls and 1:34 left in the third, game tied at 31. As the quarter wound down, the Pumas took advantage with Ehrlicher blocking two shots within a matter of seconds and Brandon Macharia (Sr.) hitting a half court buzzer beater that would extend the Pumas lead 37-33 going into the fourth. 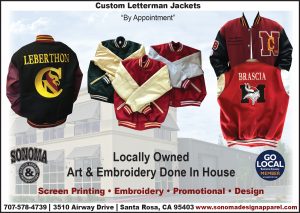 The fourth quarter began and was back and forth until Carrillo’s Brenton Wandel (Sr.) hit a three that would put the Pumas up 49-42 with 2:40 left. The Hounds would come within three points and 32.5 seconds left after Chapman went one for two at the free throw line, but Carrillo’s Balestrieri would hit two free throws of his own. Pumas led 53-48 with 22.4 seconds left. Healdsburg’s Xzavier Vasquez (Jr.) would bring the Hounds back within three with 15.2 seconds left. They would force a jump ball but the possession arrow pointed towards Carrillo and the Hounds would be forced to put Ehrlicher back on the line. He would hit both free throws and ice the game.