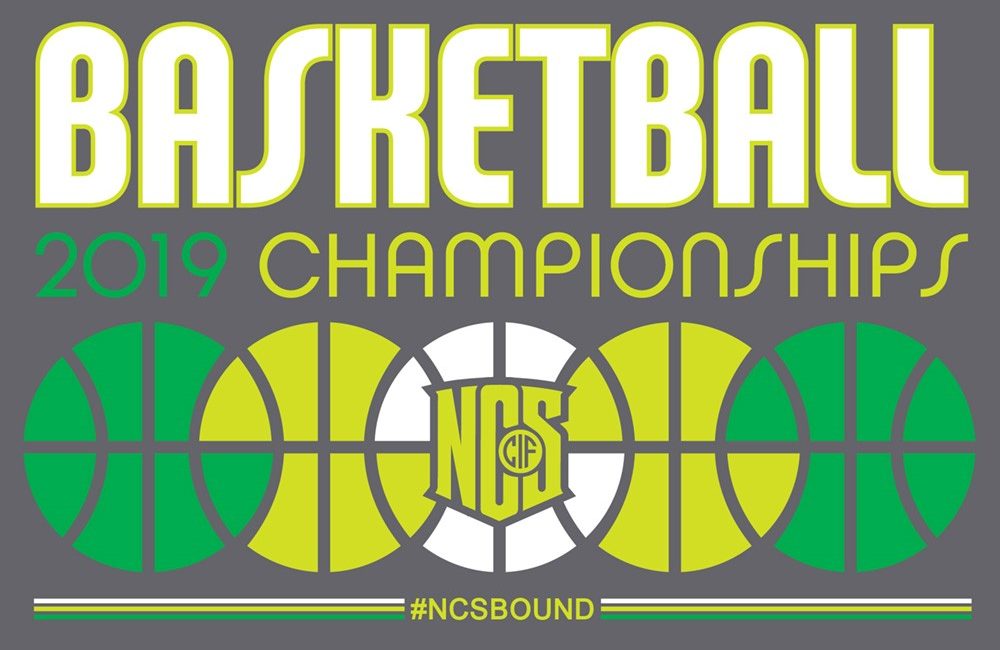 The Viking Dome hosted not one, but two first round NCS games on Tuesday night. The Montgomery Boys basketball team tipped off first against the Tamalpais Red-Tailed Hawks with the Girls facing off against the El Cerrito Gauchos in the nightcap.

The Vikings came stumbling out of the gate with three turnovers in the first 90 seconds of the game. On top of the turnovers, the Vikings would struggle to stop the Red-Tailed Hawks’ Devon Dyer (Sr.), who would score their first eight points. The Vikings managed and were looking to take a lead into the second quarter until another turn over with seven seconds left allowed the Red-Tailed Hawks’ Tyler Reed (Jr.) to tie the game with a buzzer-beating three. After one it was tied at eleven.

The second quarter was a much cleaner quarter for Montgomery. Only one turnover and offensive contributions from Harvey Rouleau (Sr.), Eli Camarillo (Sr.), Emosi Tuinabewa (Sr.) and Brandon Lucas (Jr.), along with stiff defense, gave the Vikings the lead at half 26-19.

Montgomery would open the second half with a turnover and commit three more throughout the rest of the quarter. The biggest game changer turned out to the be their time at the free throw line—the Vikings went 0 for 6 at the line in the third. Missed free throws, untimely turnovers and a Tamalpais attack led by Dyer and Reed gave them all they could handle and somehow the Vikings still led 35-33 going into the final quarter.

The fourth quarter was back and forth from start to finish. Montgomery would turn the

ball over three more times, two occurring on back to back possessions. With the Vikings down 47-44 and 1:30 remaining, things got a little heated between the point guards, Montgomery’s Rouleau and Tamalpais’ Connor Jenkins (Jr.) would have an exchange after a smothering full court defense ended in a blocking foul under the basket. Rouleau would hit both free throws and the Vikings would be down 47-46. Tamalpais would call a timeout and Reed would hit a three to put them up 50-46 with 50 seconds left. Rouleau would get fouled and hit both free throws reducing the deficit to two with 36 seconds left. The Vikings would send Dyer to the line for a one and one where he would miss and Tuinabewa would get the rebound and draw a foul. Tuinabewa was responsible for four of the six free throws the Vikings had missed in the third, but he would hit both this time to tie the game at 50 with 30 seconds left. Tamalpais would inbound the ball and run the clock down before Dyer put up the game winning jumper from the foul line with two seconds left on the clock. Vikings coach Zac Tiedeman tried signaling for a time out as time ran down but was unable to get the attention of the officials on the other side of the floor.

The Lady Vikings started out much like the boys—turning the ball over. They overcame their own five first quarter turnovers by forcing El Cerrito to turn it back over in return. This led to opportunities on the offensive side where the attack was led by Trinity Hawkins (Sr.) and Ashleigh Barr (Jr.), who each scored six points. After one the Lady Vikes were in control over the Gauchos 20-3.

Montgomery opened the second quarter with quick baskets from Hawkins and Anna Schultz (Jr.), giving them a comfortable 24-6 lead. As the quarter proceeded Ciarah Michalik (Jr.) would hit two free throws, and more buckets from Barr, Hawkins and Ivy Lea (Sr.) would give Montgomery a 33-12 lead going into halftime.

The Lady Vikes would slowly start to take their foot off the gas pedal in the second half, but their defense stayed true. Hawkins would go four for six at the free throw line and Barr would chip in four more points herself. McKenzie Weinmann (Sr.) would score 2 points and at the end of three Montgomery led 43-16. Montgomery only put up eight points in the fourth, but by then the game was well in hand.

The Lady Vikings advance to the second round where they will host the #6 Rancho Cotate. Rancho defeated Newark Memorial 62-48 in the first round. The Monty-Rancho game will tip off at 7 on Friday the 15th.