NEWS: E-Sports at the Epicenter 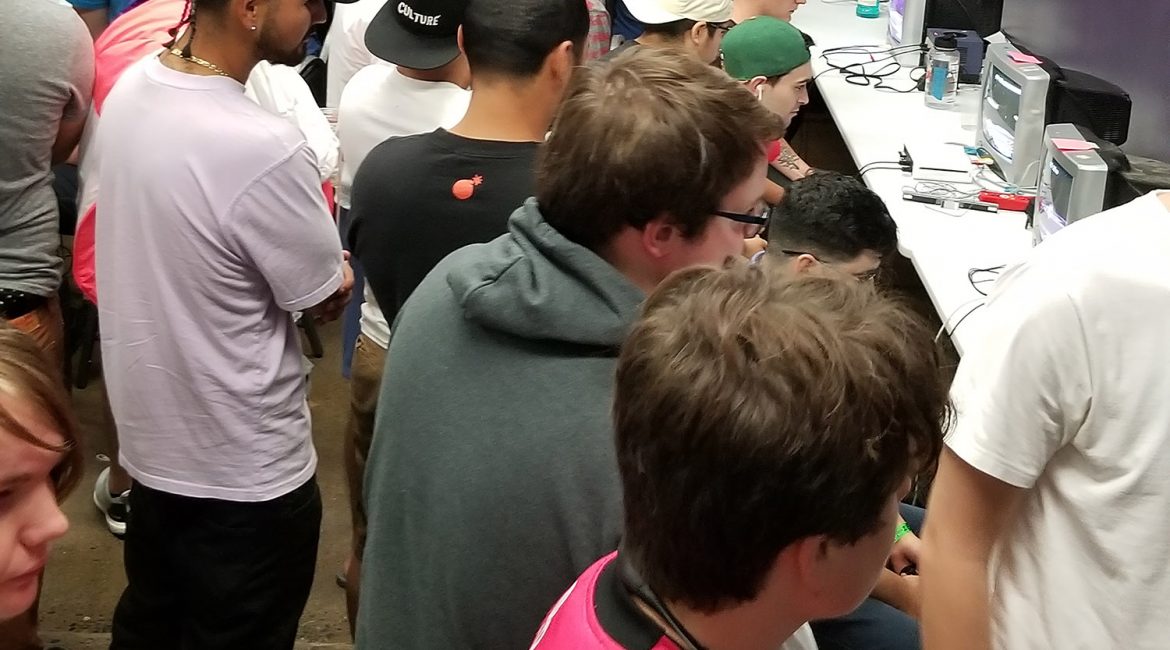 If your mother ever told you there wasn’t a future in playing video games, she may have been mistaken. Electronic Sports have been gaining a steady following around the globe since 2011, with a variety of tournaments for games such as Madden, League of Legends and Street Fighter.

This craze was something the Epicenter’s Director of Entertainment Ted Tolson had taken note of and wanted to bring to Santa Rosa. The “Game-On Garage” was something he had been working on for a little over a year and this past Saturday night saw it finally come to fruition. The opening night featured not one, but two tournaments.

The first was a Madden 19 tournament on the PlayStation 4. The initial $10 entry fee was bumped up $15 right before the festivities began. It saw 7 players face off head to head with 6 minute quarters. To level the playing field, the difficulty setting was at the highest available (All Madden), with the “Even Teams” feature and accelerated game clock turned on. This ensured that games would not take all night and players of all skill levels would be placed in difficult situations that would require quick thinking and even quicker reaction times. Contestants picked numbers out of a hat to determine the seeding and given that there was an odd number of contestants, someone had to sit out the first round—that someone ended up being the eventual winner. Rohnert Park’s Devon Ogston, who has been playing Madden since 2002, won both his games using the New England Patriots and took home $70. An amount of money that allows him to buy the game that recently went on sale the day before.

The second tournament featured Nintendo’s Super Smash Brothers Melee. Initially released in 2001, this game has a cult-like following for gamers that dates to when the GameCube was competing with the PlayStation 2 and original XBOX as the must have system. The contestants brought their own games, systems, controllers and CRT TV’s—if played on newer flat screens there is an apparent lag issue that no gamer wants. 68 players came from as far as Sacramento to the South Bay and were split into 4 pools of 17, with the top 4 of each pool advancing to the round of 16. The $340 pot was split up with first place getting 60% of the winnings, second receiving 30% and third place with the remaining 10%. Adrian Serrano of Sacramento took home the $204 first place prize and unofficial title of the best Super Smash Brothers Melee player in Northern California. Serrano, who was revered by tournament organizers as Sacramento’s #1 Melee player, saw other participants scouting his matches in hopes of picking up on his tendencies.

When not hosting tournaments the Game-On Garage offers daily play from Noon-10pm. It cost $10/hr per person but if you bring a friend they will drop that rate to $8/hr. There are plenty of PlayStation 4 games to choose from; Fortnite, Overwatch, Call of Duty World War 2, Rocket League, Injustice 2, Street Fighter V (Arcade), FIFA 18, NBA 2K18, Dragonball Fighter Z, Madden 19 and Tekken 7. There are multiple copies of each game available that allow players to face of head to head with a friend or play freely online against other gamers around the world. GameCube games include Super Smash Brothers Melee and Mario Cart Double Dash.

If you or someone you know is interested in checking out the Game-On Garage, or you want to register for upcoming tournaments, follow the Epicenter’s Facebook page for more information.