Petaluma gets a win on the road over Justin Siena 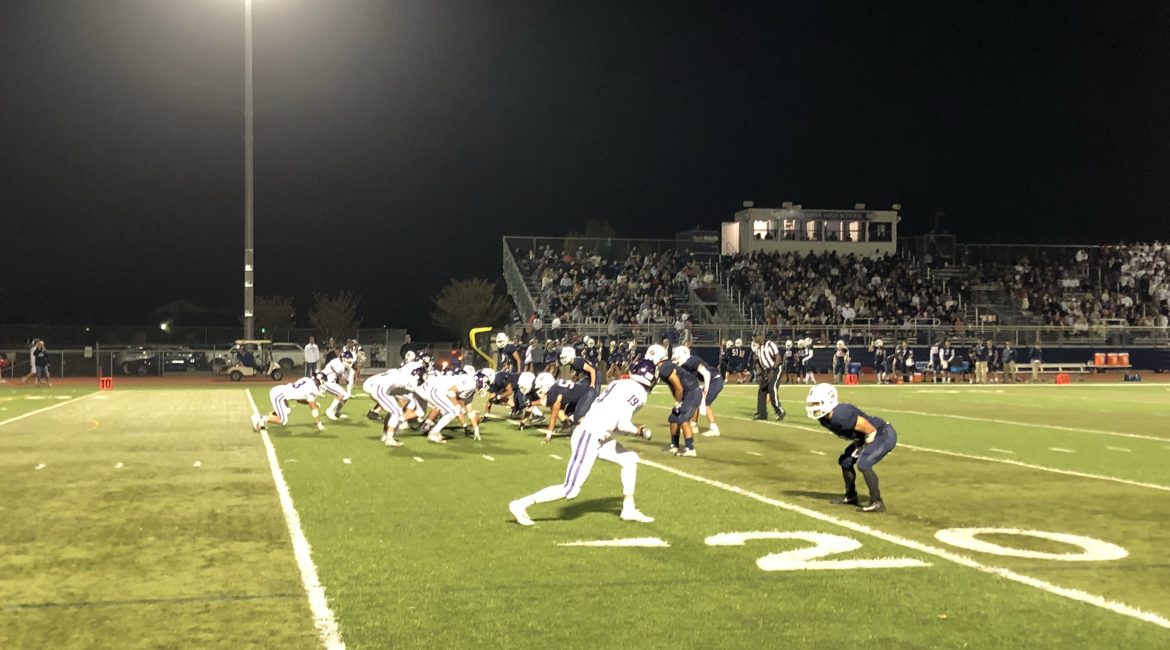 It was a pass. Something Petaluma isn’t known for, that sealed a win over Justin Siena. QB Cole Powers, on his 18th birthday, completed a 14 yard pass to Jacob Havard on 4th down to seal the win on the road.

“Unfortunately we gave up some big plays. The effort is there though.” said Justin Siena head coach Brandon LaRocco.

Petaluma jumped out right from the start. On a crucial 3rd down, Garrett Freitas began a big night with an 11 yard scamper. Following up he had a 38 yard Touchdown run to put Petaluma on the board. It wouldn’t be long until Justin Siena came back and tied it on a 4th & 11, Barrett Donahue completed a pass to Luigi Albano-dito for a 12 yard touchdown.

Petaluma (4-2, 1-1) marched right down the field. This was on the heels of Powers breaking off a 68 yard run, to set up Freitas’ second touchdown of the game, this one from 11 yards out.

With 3:39 to go in the half, Donnahue hit Solomone Anitoni for his second touchdown pass of the game as the Braves tightened up at 21-14.

“Gotta give it to them. They’re a good team and it was tough to beat them here.” said Krist.

Justin Siena tried to score again at the end of the half, but costly penalties and not a lot of time on the clock prevented that.

With the score at 21-14, Justin Siena (3-3, 0-2) had the ball to begin the second half. Donnahue was facing pressure all night long from Petaluma’s defensive line, but on the second play of the half, a big hole up the middle led to a 68 yard scramble to a touchdown, and to tie the game at 21 all.

Freitas again, showing his speed and how much he is valued on the Petaluma team, provided a few shake and bake moves all the way to the house for an 81 yard touchdown run. The score 28-21 held until the 4th quarter.

“They’re a good run team. They pound it at you.” said LaRocco

Daxton Hogya hit a 31 yard field goal at the beginning of the 4th quarter to push the lead to 31-21. Justin Siena responded all night by hitting Albano-Dito for a 56 yard touchdown reception, to make it 31-28 Petaluma with 10:06 remaining.

Justin Siena will hit the road to Arnold Field in Sonoma looking for their first VVAL win.