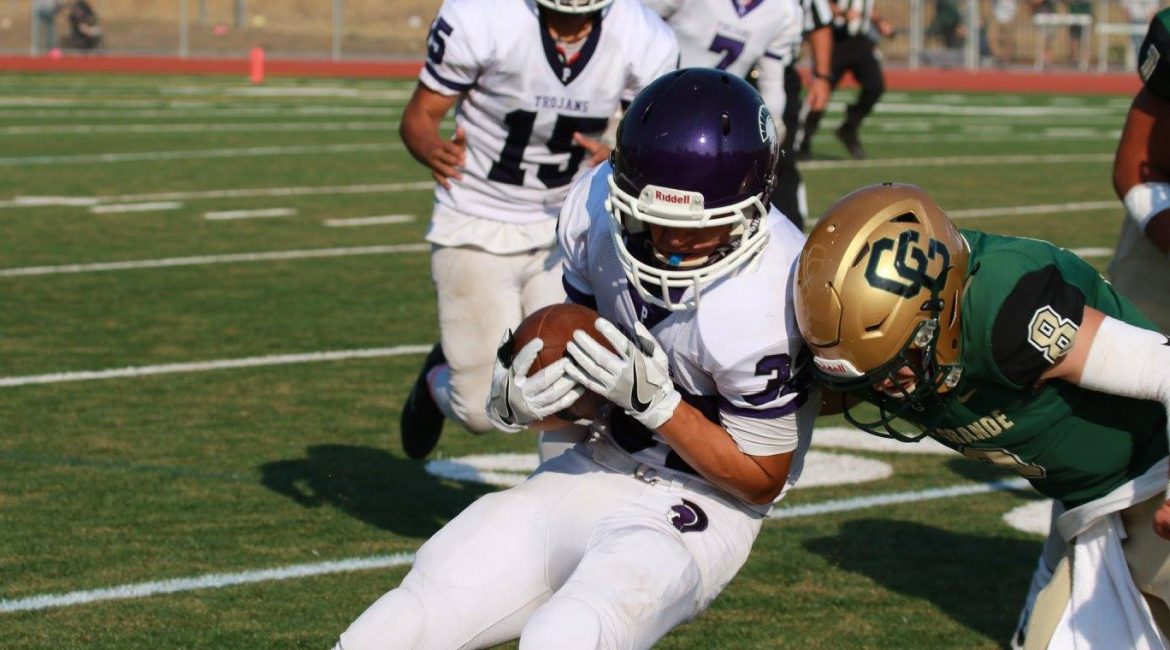 Game of the Week:

Both teams are a part of the 4-way tie for first place in the VVAL. Casa Grande is looking to take back the Egg Bowl trophy behind Senior Quarterback Jacob Porteous has been on a tear this year completing about 61% of his passes and throwing for 2,330 total yards. On top of that, he has 29 touchdowns to only five interceptions and broke the NCS record for the most passing yards in a single game.

The Trojans are led by Junior Quarterback Henry Ellis who has accumulated 805 yards, 12 touchdowns and one interception while also rushing for 361 yards and 11 touchdowns. The Trojans saw a big game last Friday against the Napa Grizzlies from Sophomore Running Back Chase Miller who had an 87-yard kick return touchdown and some nice runs through the triple-option offense the Trojans are known for.

These two teams will have an exciting matchup this weekend to determine who will go home with the Egg Bowl trophy.

History of the Rivalry

The Egg Bowl football game between the two Petaluma cross-town rivals has always been an electric game. The classic game started in 1974 in which Casa Grande won, 9-0. Since then, Petaluma has won 25 of the 41 matchups including a 10 game winning streak in the rivalry from 1988-1997.

In 2011, the game was shut down due to the 19 penalties and conflicts between the players and the audience. The Eggbowl game would return in 2017 and since then, the teams have split the wins, 2-2 with Petaluma winning the last one in the spring.

The Cardinals are looking to bounce back and win this week after their game got canceled last week due to a COVID-19 exposure within their program. 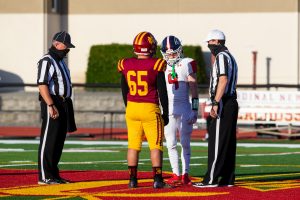 Newman has a very run-heavy offense led by Senior Running Back Santino Acevedo who has quite the impressive stat line. In their seven games played, he has racked up 807 yards on 85 carries for an average of 9.5 yards per carry and 115.3 yards per game. He also has 16 touchdowns which accounts for 64% of the Cardinal Newman touchdowns.

Other Games with CalPreps predictions: