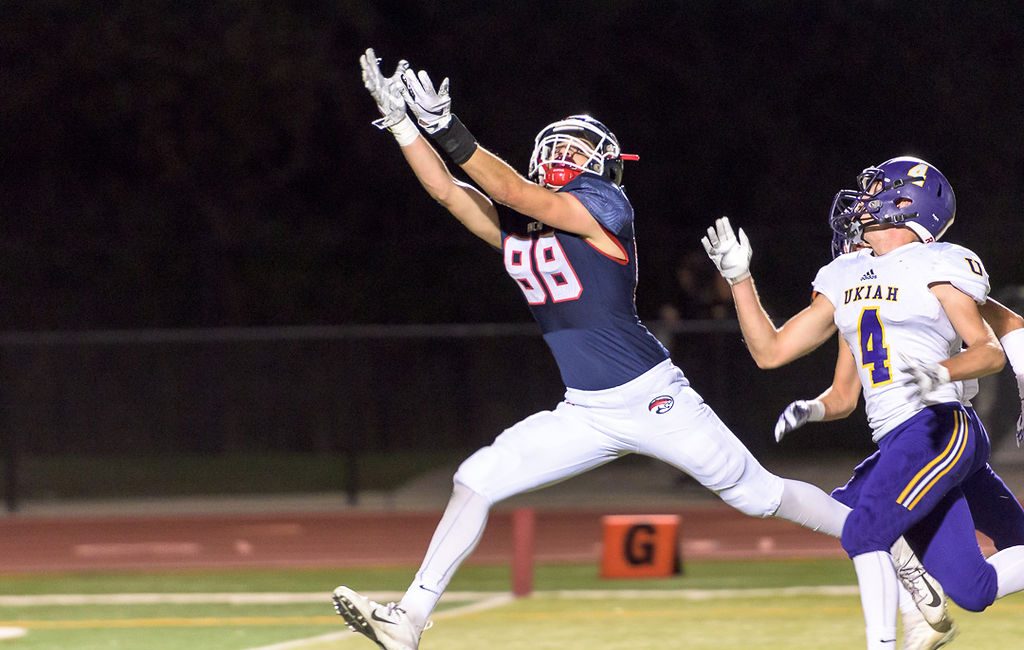 A cold, wet night in Rohnert Park saw the Rancho Cotate Cougars take down the American Canyon Wolves in the second round of the North Coast Section Playoffs, 42-7.

Rancho struck first with 4 minutes to go in the first on a 39 yard touchdown pass from QB Jared Stocker to WR Jack Reese. He then completed a 29 touchdown pass to Ryan Hupp to make it 14-0 early on in the second quarter.

American Canyon came right back on a 4th & goal, QB Vance Eschenburg kept on an option play and skirted into the endzone for a Wolf touchdown. That made the score 14-7 Rancho with a little over 10 minutes to go in the first half.

The Wolves defense held strong as they made some big stops. Jeffrey Brown and Diego Prieto had big games for American Canyon. The score would remain 14-7 at the half.

In the second half, Rancho moved to a power set, with running back Rasheed Rankin taking direct snaps. After a few big runs, he scored from 22 yards out. The next drive, he did it again making it 28-7 Cougars just like that.

A couple more touchdowns for the Cougars late in the game, plus a couple interceptions made it a great night. Elias Rantissi and Tai Peleti had the INT’s for the Cougar defense which was stout all night long.

Rancho Cotate moves on and will host #5 seed Marin Catholic on Friday night.

Cardinal Newman raced past Encinal 56-21. They will host El Cerrito on Friday night.