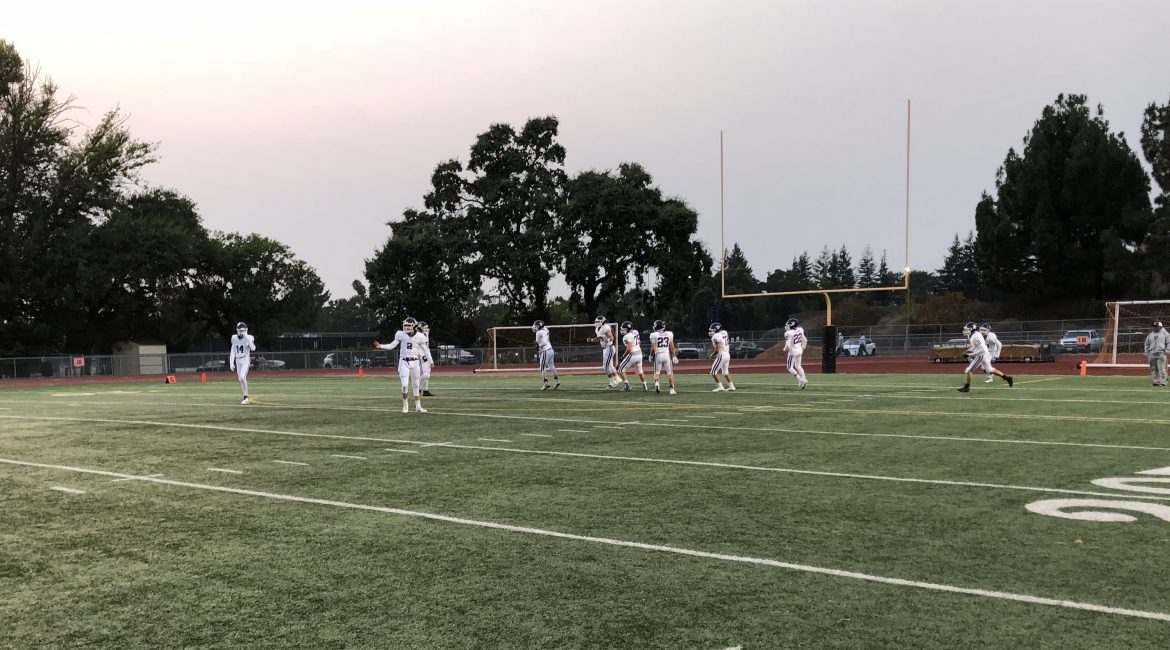 SANTA ROSA, CA – Santa Rosa regained the War Club for the first time since 2013 with a 42-26 victory over Petaluma to move to 2-0 on the season.

Petaluma (1-1) was off and running on their first possession. Garrett Freitas had a pair of long runs, a 28 and 14 yard run to put them in the red zone. Cole Powers would keep for a seven yard touchdown run. Daxton Hogya’s PAT was good to put Petaluma up 7-0.

Petaluma would get the ball back after Nick Siembieda recovered a fumble, but Powers would throw an interception to Randy Clay. Long would score his first touchdown of the night, coming in from 29 yards out, and then converting the two point PAT to put Santa Rosa (2-0) in front 8-7. With under a minute to go in the first, Emilio Campos scored from one yard out, and Long would convert the two point PAT to make it 16-7 Santa Rosa after one stanza.

Petaluma would march right back down the field, on the aid of a few Panther penalties, and Powers would score for the second time, this time from 22 yards out, and Freitas would punch in the two point PAT to make the score 16-15 Santa Rosa.

After Santa Rosa was stopped short on 4th & 3, Petaluma would put points on the board with just under two minutes to go, with Hogya hitting a 20 yard field goal to put Petaluma in front 18-16.

“We had some good things tonight  The effort was there all night. They’re a good football team.” said Petaluma coach Rick Krist.

Santa Rosa would get down the field in rather quick fashion, but an array of penalties put them back a ways, and on a 4th & 18, Trevor Anderson threw a dot to Clay for a 47 yard touchdown pass, and Long again, converted the two point PAT as Santa Rosa led 24-18 at the half.

That was a big score because it gave us momentum,” Santa Rosa coach Russel Ponce said. “We were able to move the ball on the ground. We were able to make some big-time passes and catches.”

Long broke off a 30 yard run to start the second half for another touchdown, then it was followed up by Anderson’s second touchdown pass of the game to Campos, this one from 12 yards out to make it 36-18 Santa Rosa. After Petaluma couldn’t convert on 4th down, it all but sealed their fate late in the third quarter.

Petaluma did have a bright spot in the fourth quarter, as Lucas Cheda scored from four yards out for his first TD of the year.

Petaluma will play their first home game on their new field since 2016, as Steve Ellison Field was re done, as they will host Terra Linda.