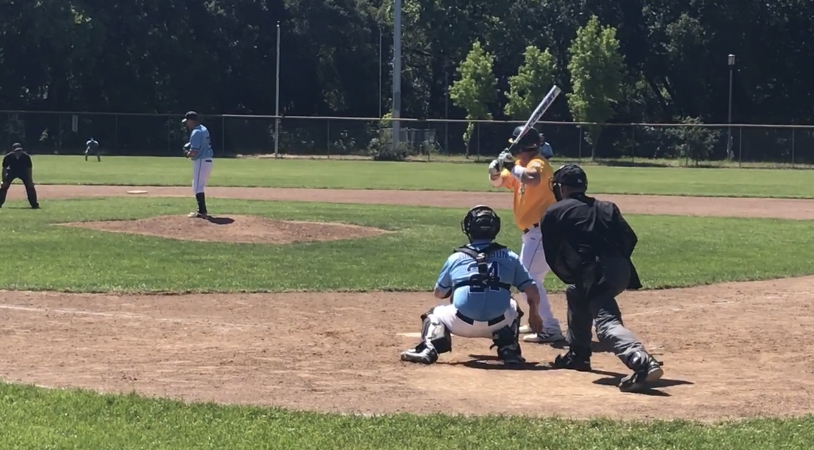 By Steve LaMontia, Director of Communications

The Redwood Empire Baseball League (REBL) is one of the MSBL’s premier leagues and is located in Sonoma County, California.  Started in 1990 by originating president Mike Zaccagna and celebrating their 30thanniversary this year under the MSBL banner, they are currently under the leadership of league president Rick Cantor, a post he has held since 2003. 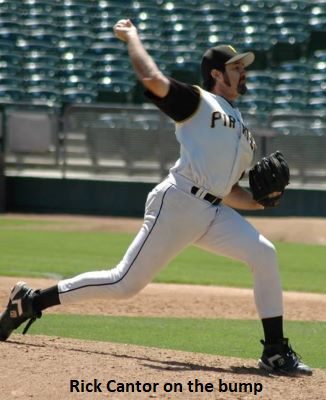 As the league gets longer in the tooth it is always important to remember the original pioneers who were in the mix back in 1990 and are still active on and off the field.  “We are so blessed to have good people involved.  Our Legacy members (original) are Mike Zaccagna, Larry Hendrickson, Brad Silva, Paul Demattei, Don de Cordova and Art Hernandez.  Without the support of these men we wouldn’t be where we are today,” said Cantor

The 54-year old Cantor continues to play in the REBL, suiting up for the Pirates in both the 35+ and 45+ divisions.  He is only an occasional MSBL World Series participant because of some annual family commitments and timing issues but that should give way in the next few years.  “I would love to get back to Arizona.  It’s a great time.  I’ll be back before too long.”

Family involvement is also huge in the Redwood Empire Baseball League.  A nice family atmosphere has been one of the reasons this 30-year league has thrived.  “Nothing is more important than family.  It’s difficult as a player to fully enjoy the experience if those around you are not supportive.  Their involvement is necessary to be able fully enjoy it.  We are very fortunate to have conveyed that feeling.”

So what drives Rick to be the best president he can be?  “I have my own motivation to be the best I can be.  Don’t cut corners.  It’s important to have the guys playing on the best facilities and with 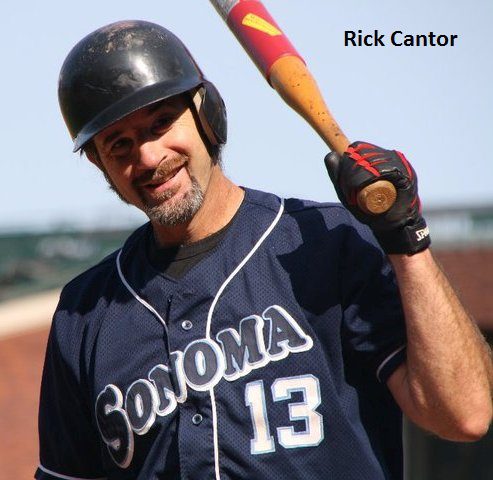 the best umpires and teammates.  It’s my job to make sure that happens.  It’s nice to receive the league recognition and means a lot but I can’t take full credit for any of what goes on.  Our 13 board members are just as responsible and deserve to be recognized as well.”

Since coming into the league in 1995 and taking over in 2003 there must be some special moments that stick out. “I have played ball all my life and have accumulated many special moments but one that sticks out is when my father-in-law and long-standing league member, ‘Doc’ Charp, retired from his medical practice and we made his next game more of a party atmosphere with music and festivities.  He means so much to the league, and of course as Kimberley’s father he means a lot to me, so it was very touching and a day I’ll never forget.”

If you would like to read more about this special league as they celebrate their 30th anniversary, here is the link to their website: http://www.rebl.org/ 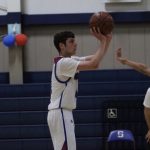