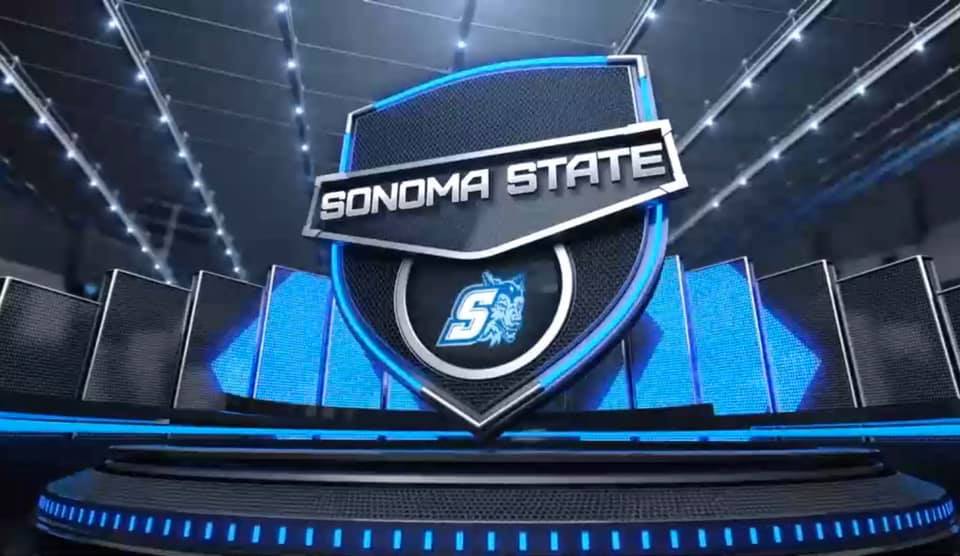 Rohnert Park, CA- Longtime Head Coach Pat Fuscaldo will be retiring from his position with the Men’s Basketball program as we head into the 2021-22 season.  Of course, we are hoping to resume normal athletic competitions on campus by then and once again be back in the Wolves Den competing in the CCAA.

Coach Fuscaldo has had a storied career at Sonoma State serving as the Head Coach for 26 years and winning 339 games.  His teams won at least 15 conference games 4 times, including a CCAA Championship in 2005-6 with a 16-4 record.  His teams have made 4 NCAA Tournament appearances.

2020 senior Isaac Davidson received second team honors this past season for the second year in a row.

The competitive successes enjoyed by the program were only outweighed by the family atmosphere created by Pat.  Many of his players consider him to be like. a second father, who cared deeply about their well being on and off the court.

Many SSU basketball alumni have gone on to coach the game themselves, following many of Coach Fuscaldo’s philosophies and ideals.

Steve Ball, Napa Valley College Head Coach, “Coach Fuscaldo helped many boys become men over the years. Some of my best friends in the world are from my time as a player at Sonoma state, and that is because of the opportunity Coach provided us to live out our dreams TOGETHER. It was never easy, but it will always be worth it. Pat is more than a coach of a program, he’s more like a father figure of a family. I have hoped to emulate this in my own coaching. Coach inspired me to get into Coaching and provided me with my first opportunity as an assistant coach on his staff. I will always be grateful for the opportunity.”

Kevin Christiansen, Sonoma Academy Athletic Director and Head Girls Coach: “Coach Fuscaldo has had an impact on so many lives and I am no exception. He helped me in every aspect of my development as a player, from being a redshirt freshman to all conference selection and conference champion. Coach cared even more about his players off the court and took the time to talk to us on a personal level and help us in any way he could. His support for me was felt in my time as a student-athlete at SSU and continues to this day in a friendship I will always value and cherish.”

Coach Fuscaldo’s presence and leadership will missed by our entire athletic program.   Sonoma State hopes to honor Pat at an upcoming home game next season.