The Effects that COVID-19 has on Petaluma Football Programs 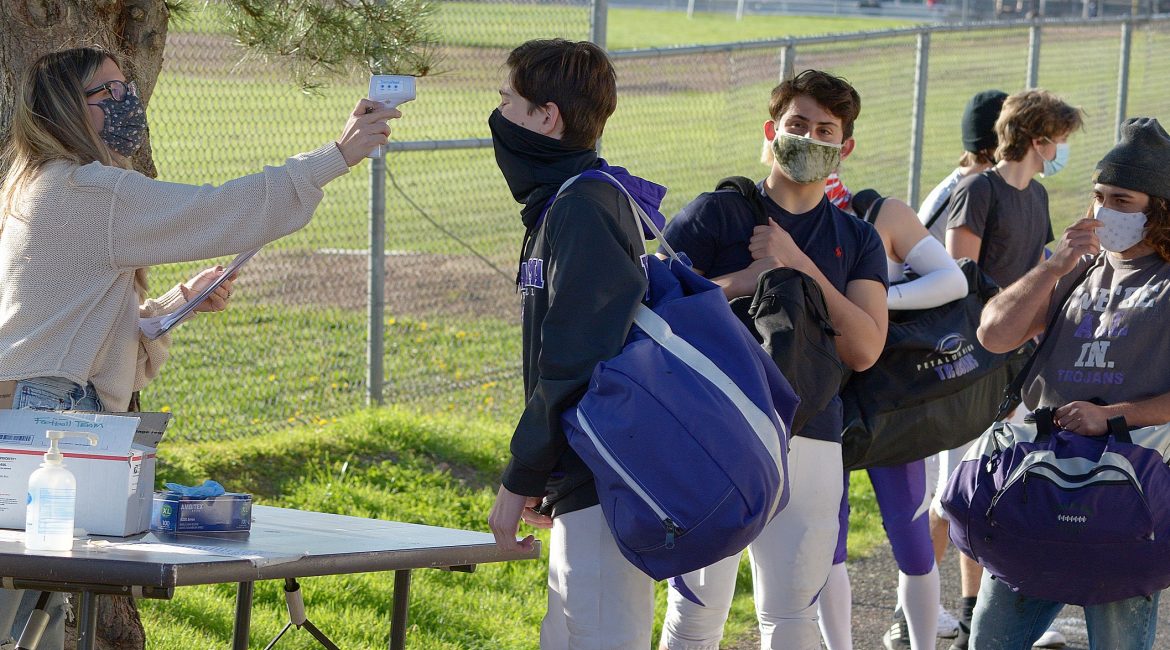 COVID-19 has put Petaluma sports on hold, but recently California gave the go ahead for high school football to start their season. Petaluma and Casa Grande have their first league games this Friday, March 12th. St. Vincent de Paul High School will open their season with a game at Ukiah next Friday. One of the regulations set forth by the state is that athletes, coaches and other personnel have to be tested on a weekly basis and need to provide the results of all personnel within 48 hours of each competition.

When recently contacted, St. Vincent Head Football Coach Trent Herzog discussed how having to test weekly for COVID-19 hasn’t affected his program and his gameplan going into their first game next Friday.

“For this week it didn’t affect us too much, we had a lab company come on campus and test each of our players, coaches and staff,” Herzog said. “We had appointments set up during Tuesday’s practice, each player and coach missed about 5-7 mins of practice. I don’t see it being a problem on the weeks we will be playing.”

Casa Grande Head Football Coach John Antonio also stated that they have carved out practice time for student-athletes, coaches, and other personnel to be tested. Antonio talked about how they are used to the “non normalcy” of the circumstances.

At the time of this article, St. Vincent de Paul had not received the result of their COVID-19 tests, and Antonio stated that all the players have tested negative, making both teams, at this time, eligible to play in their season openers.

Petaluma Head Football Coach Rick Krist was unable to be reached for comment, however; emails sent from Petaluma Athletic Director Ray McClintock to players and families indicate that there were positive COVID tests but their game with Justin Siena this Friday will be played as scheduled.

Another hurdle teams may face this year due to COVID-19 will be fan attendance. There were many questions on whether any fans would be allowed into the games, including family members. Originally, the Vine Valley Athletic League (VVAL) expressed that there would be no fans at the games, but they have recently changed that decision. Now, Petaluma, Casa Grande and other VVAL teams will be allowed four spectators at home games, and two spectators from the same household at away games. St. Vincent de Paul is also following similar guidelines, as they are allowed four members at both home and away games.

Please tag @YSN365 on Twitter in scoring updates for any sporting events coming up and email box scores to ysn365@gmail.com.

Stay tuned to YSN365.com for the latest news and scoring updates.