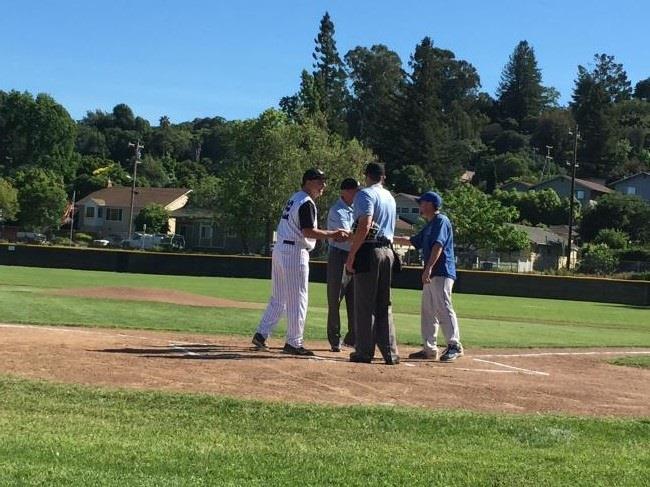 PETALUMA, CA – On a warm day at Dan Fager field in Petaluma, Analy’s pitching outmatched Petaluma’s in a 2-1 Analy win.

All of the scoring was done early in the game. After Tiger starting pitcher Mason Snodgrass got out of a jam in the first inning, he wouldn’t be able to in the second as Danny Marzo drove in the only Trojan run with a hard hit ball that barely tipped off the second baseman’s glove for an infield single.

As Petaluma led 1-0 into the third, Snodgrass would begin the inning with a walk. A single by Drew Valez brought the runner to third and Luke Tollini hit a sacrifice fly to bring in Snodgrass to tie the game. Two batters later, Jack Newman ripped an RBI Double down the left field line to score Valez and put the Tigers up 2-1.

Blake Buher was on the mound for Petaluma. He was brilliant, allowing two earned runs on just five hits and one walk with eight strikeouts. He went the full seven in a losing effort.

“The contingent of (Blake) Burher and Danny Marzo is really good. They’ve improved a lot over the course of the year.” said Trojan Coach Jim Selvitella.

The Trojans had many balls hit hard right at Analy defenders for outs. Snodgrass was changing speeds effectively and turned into a lot of ground ball outs.

“The game of baseball is cruel sometimes. We hit a lot of balls really hard right at people.” Selivtella commented. He also mentioned that it was the Trojans fifth one-run loss of seven overall losses this year.

“Snodgrass executed his pitches well today. His secondary pitches were dirty, and he struck out the last batter of the game on a 3-2 curve with the runner going. He had really good command.” said Analy coach Jeff Ogston.

“This certainly gives us momentum to for the rest of the year and our goal to get back to the NCS Championship.” Ogston said.