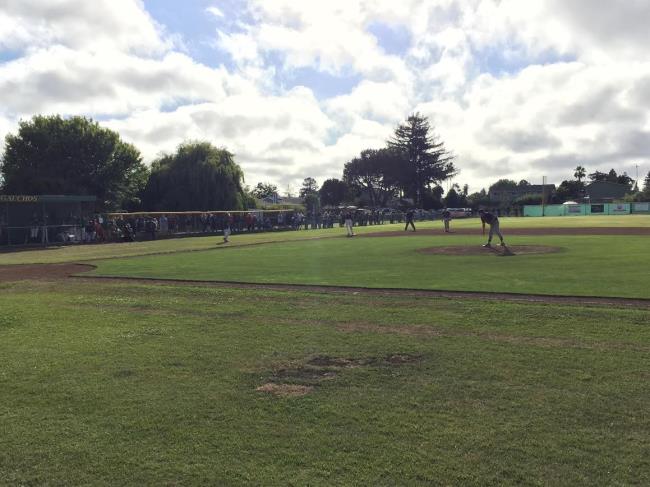 YSN365 is looking back at some great memories in local sports. Take a look back at this classic from Petaluma.

Ace Devin Kirby got the start for Ukiah. He struggled early on as he gave up a leadoff hit to Max Cerini and a double to John Green. Following a walk to ASU commit Spencer Torkelson, Hance Smith came through with a sacrifice fly to tie the game at one. AJ Miller than singled up the middle to score Green, and Torkelson scored on a wild pitch to make the score 3-1 after one inning.

Ukiah evened things up in the top of the second, as Karter Koch doubled to right, scoring Kirby, and Wyatt Todd’s ground ball drove in Mikey Contreras with the tying run.

In the top of the third inning, Nik Kamages came on to pitch for the Gauchos. With two out, and two on, Kirby ripped a single to give the Wildcats a 4-3 lead. The following batter, Contreras, singled to make it 5-3. Kamages limited the damage by striking out Koch.

Casa Grande came right back in the bottom half. With Quinton Gago on second, Dylan Moore singled him home and advanced to second on the throw. Chris Joaquim tied the game on a single, then Joe Lampe gave them the lead with another base hit. Cerini walked and drove in the fourth Casa Grande run of the inning to make it 7-5. Koch came in to pitch for Ukiah and got a 1-2-3 double play to get them out of the inning.

Ukiah came back again and had three straight singles and drove in a run to make it 7-6 in the top of the fourth inning. Keegan Beebe hit a slow grounder to short, and with Joe Brazil breaking for the plate, Hance Smith decided to go home with the throw and a great slide by Brazil avoided the tag and tied the game at seven. A bad pick off throw to first scored Duncan Kindopp to give Ukiah an 8-7 lead.

A quick two outs for Koch on the mound for Ukiah, then a Smith triple and a passed ball tied the game at eight. for Casa Grande. Koch would strand the bases loaded by getting Joaquim to ground out.

Joaquim came on to pitch for Casa Grande and got through the fifth unscathed. In the bottom half, Green reached on an error and scored Lampe to give Casa Grande a 9-8 lead at the end of the bottom of the fifth.

AJ Miller led off the bottom of the sixth with a solo home run to right center field to make it 10-8 Casa Grande.

“AJ’s home run was huge,” said Casa Grande coach Paul Maytorena. “We needed that run in a close game like this.”

They would add a few insurance runs with RBI singles from Cerini and Gago.

Smith closed it out for the Gauchos, striking out Koch to end the game and give Casa Grande a 13-8 win.

“We knew that we needed to score runs, in a back-and-forth game like this,” Maytorena added. “We knew we couldn’t get down on ourselves just because we fell behind.”

Top seeded Casa Grande advances to the NCS championship game against Arroyo, who blanked Tamalpais in the other semifinal. That game is Saturday at 4 pm, at Petaluma High School.