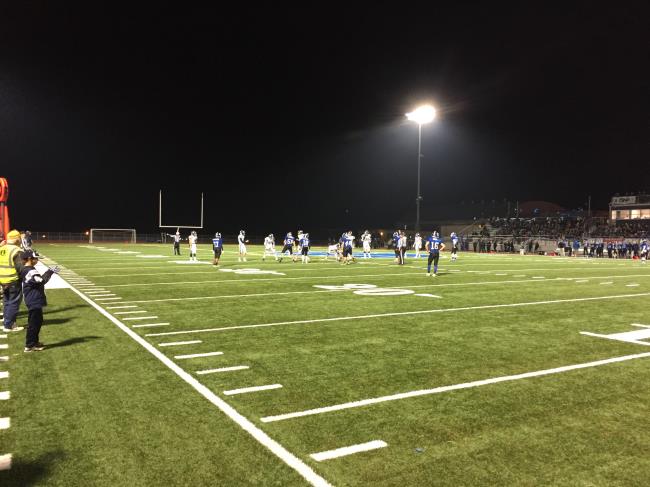 YSN365 is looking back at some great games of the past. Take a look at this game from 2016:

In front of a large and tense crowd at Analy High School, the number one seeded Tigers fell to the visiting Marin Catholic Wildcats, 40-35, in an unbelievable back and forth Division 3 semifinal contest.

Analy quarterback Jack Newman had his typical game with 35 of 50 completions for five touchdowns and 465 yards, but he also threw three interceptions. Marin Catholic quarterback Spencer Petras was 19 of 31 for 317 yards in the air for the Wildcats. Matthew DeDonatis also had a big night for the Wildcats, scoring twice, with one of them for 53 yards.

Marin Catholic led 24-21 at the end of three quarters, courtesy of a five-yard scoring pass from Petras to Hunter Juarez late in the third. That was when the epic fourth quarter got going.

Jack Newman found Ross Simmons for a 36-yard touchdown on fourth down to put the Tigers back on top, but DeDonatis responded himself, with a 53-yard run for his second touchdown of the night. A missed extra-point made it 30-28 in favor of Marin Catholic.

A costly interception by Newman set up Petras to Jack Hogeboom for a four-yard score and it was a 37-28 lead for the Wildcats. With 5:16 to go, Newman again found Simmons, for the third time on the night, and this time for 41 yards to make it 37-35. A Sean McKeogh field goal made it 40-35 with 40 seconds to go. Analy wouldn’t get past its own 30-yard line on the final possession, as Newman was intercepted by Liam Oprendek with 18 seconds left.

After both teams had to punt on opening possessions, Marin Catholic got on the board first with DeDonatis running it in from one yard out. Analy came back as Newman connected with Carson Pforsich for 12 and 5 yards to set up Spencer Vogel’s two-yard TD catch with under a minute to go in the first quarter.

After a Wildcat punt to start the second quarter, Newman connected with Bennett Simpson for 27 yards and Eric Bendyk for 37 yards, and then hit Pforsch for an eight-yard touchdown reception and the Analy lead. A few plays later, however, Petras threw deep to Ben Skinner for a 62-yard TD to tie the game once again.

Ross Simmons got in on the action with a 28-yard TD catch with 1:09 left in the first half, but McKeogh responded with a 29-yard field goal to end the first half, sending the teams to the locker rooms with Analy leading 21-17 at the break.

Marin Catholic (11-2) moves on to the play the winner of the Rancho Cotate-Bishop O’Dowd game next week for the Division 3 title. It is the sixth straight year in which the Wildcats have reached the championship game, and the eighth time in the last 10 seasons.

Analy falls to 11-2 to finish the season.