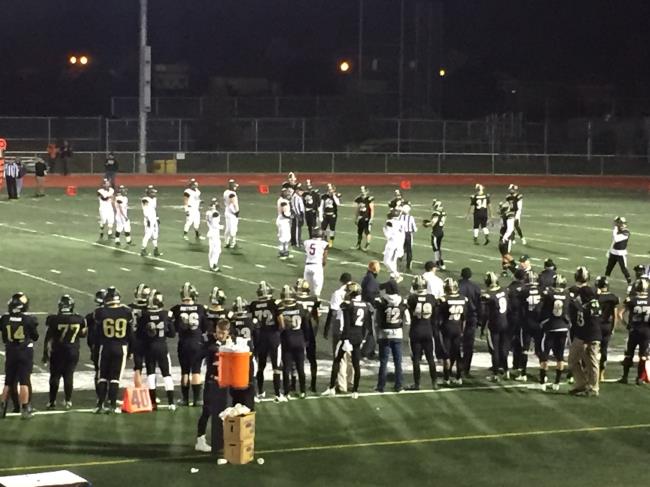 YSN365 is looking back on some great storylines from the past few years. Here’s one of the best games.

WINDSOR, CA – A local showdown in the NCS Division 2 quarterfinals between Santa Rosa and Windsor was nothing short of exciting and nail biting. Windsor thwarted a miracle Panther comeback to hold on and win 38-37 to move on to the NCS Division 2 semifinals.

After trailing 31-7 in the fourth quarter, Santa Rosa forced overtime with 24 straight points before the end of regulation, converting three straight two-point conversions following touchdowns. In overtime, however, Windsor’s Jackson Baughman put the Jaguars in front with a five-yard touchdown run on the first possession. Santa Rosa responded with a touchdown of its own, when Cassius Banks scored from five yards out on third down, but the Panthers went for two and the win. Banks’ attempt was stopped inches shy of the goal-line, enabling Windsor to escape with the 38-37 victory.

“Without a doubt, a team with momentum like that and they’re on the road, I was fully aware of the two-point conversion try coming up,” said Windsor coach Tom Kirkpatrick. “We knew it was coming.”

David Escarcega’s touchdown run had staked Windsor to a 24-point lead, after having led 17-7 at halftime. An Isaiah Steele touchdown run with just over eight minutes remaining cut the lead to 31-15 after a successful two-point conversion by Banks. It was still a 16-point game with under three minutes to go, but the Panthers sliced into that lead on a three-yard run by Blake Thomas with 2:15 remaining, and then got the ball back on an onside kick.

Incredibly, with just over a minute to go, Steele hit star receiver Kalei Aukai for a 76-yard touchdown, and Banks’ two-point conversion tied the game at 31.

“These kids never gave up and you saw that in the fourth quarter comeback,” said Santa Rosa coach Dennis Brunk. “They played their hearts out. I’m extremely proud of the boys.”

Windsor took an early lead in the game on a touchdown run from quarterback Kobe Roman, but Thomas tied the game on a seven-yard run, following a fumbled pitch between Roman and Baughman.

Following Thomas’ touchdown, though, Baughman responded with a 60-yard jaunt to give Windsor back the lead, one it would extend to 10 points at halftime on a 26-yard Olin Piotter field goal.

Windsor plays on and will host the winner of the Concord-Granada game on Saturday, November 26.

Santa Rosa finishes 6-6, one of the best seasons in school history.

Video highlights can be found here of that game.