Week 1 Preview: Live broadcasts are back! 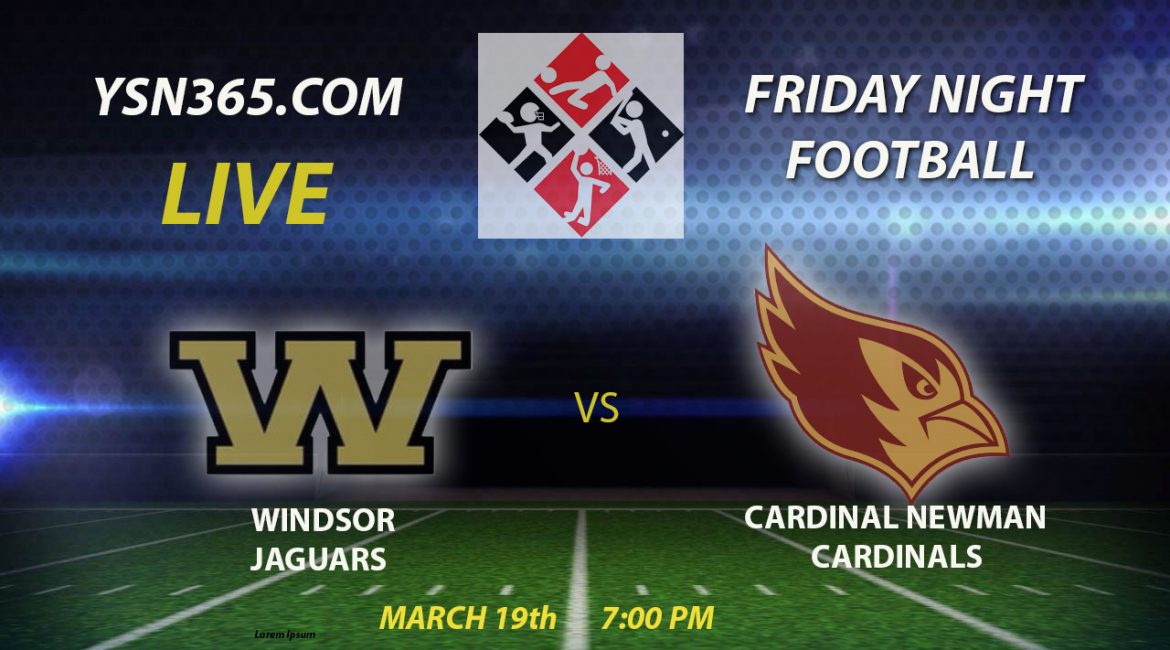 For the first time since December 8, 2019, YSN365 will be exclusively broadcasting high school sports!

Friday night will play host to some of the first football games in Sonoma County since December 2019. Casa Grande, Petaluma and Sonoma Valley already kicked things off in the Vine Valley Athletic League last week and now it is the North Bay League’s turn to begin their seasons.

YSN365’s LIVE game of the week will feature the Windsor Jaguars and Cardinal Newman Cardinals from Ed Lloyd Field.

The Jags are coming off a 7-4 season and a near upset of Rancho Cotate in the first round of the NCS Playoffs last year. Windsor loses their QB from last season, Billy Boyle, who threw for 1,969 yards and 29 touchdowns. He is not the only player gone, as they also lose their top two rushers and receivers from 2019 and fans will see a revamped Jaguar squad on the field Friday night.

Cardinal Newman is the defending CIF 3-AA State Champions after defeating El Camino (Oceanside) 31-14 in the state title game. The Cardinals went 14-1 with their only loss coming to Liberty (Brentwood) 17-13 in week three. They beat Marin Catholic in the NCS Championship game 13-10 on a game-winning field goal.

Newman loses QB Jackson Pavitt to college but returns Washington State commit Tsion Nunnally who caught 45 passes for 770 yards and 10 touchdowns, second on the team in each category only to Giancarlo Woods.

Windsor-Cardinal Newman is the lone NBL-Oak contest this weekend. Dave Cox and Jerry Robinson will have the call at 7:00pm only on YSN365.com.

Three games on the schedule in the NBL-Redwood with one non-league contest schedule. The one non-league game is an NBL-Oak versus NBL-Redwood battle in Ukiah hosting St. Vincent de Paul. This will be the Mustangs’ first competition since joining the North Bay League. St. Vincent completed an independent schedule last season and went 9-2. They played one NBL opponent last season, Healdsburg, defeating them 46-14. The Mustangs are led by RB Kai Hall who was the key asset in their dominant offense last season. Hall rushed for 1,773 yards and scored 19 times last season earning him statewide honors.

El Molino will travel to Healdsburg to play the first game on the Greyhounds new football field on campus. That game will kickoff Saturday afternoon at Healdsburg High School.

The Lions return QB Weston Lewis who led the offense both on the ground and in the air last season as El Molino went 5-5 overall. Lewis completed 54% of his passes for 1,395 yards and 14 touchdown passes. On the ground, he was just as big of a threat rushing for 955 yards on 134 carries and 14 touchdowns. Lewis also has his favorite target, Jackson Dunkle back in the mix. Dunkle caught for nearly 500 yards and five touchdown catches. On the defensive end, Dunkle also came up with two interceptions.

The Lions did lose their top three tacklers on defense last season but return about half of their top statistical leaders on defense from a year ago. They do have Dawson Drew back who had 3.5 sacks last season, second on the team.

Four games will take place in the VVAL this weekend after they opened things up last Friday. Vintage and American Canyon rolled to victories over Casa Grande and Sonoma Valley respectively. Justin Siena narrowly defeated Petaluma 7-0 in a defensive showdown in Napa.

The feature game in the league will be Napa visiting American Canyon. The two schools tied for second place in the league last year after the Grizzlies nearly upset Vintage in the Big Game last year 26-20. Napa lost a lot of talent from last year’s 7-4 squad including top recruit Brock Bowers who is now at Georgia. QB Issac Newton did not return after throwing for 1.286 yards and 15 touchdowns in 11 games last season.

Other games around the league include Justin Siena visiting Sonoma Valley and Petaluma heading to Memorial Stadium to face Vintage. Casa Grande will face off against defending CIF 3-A Northern California Champion Rancho Cotate in a non-league bout.